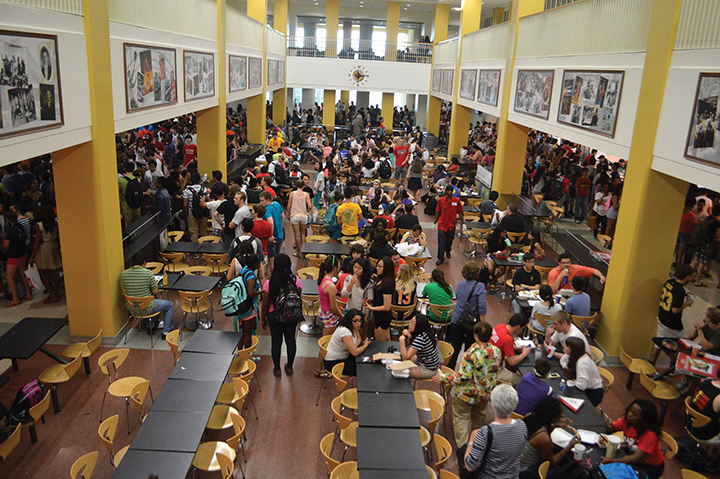 Students crowd the food court in Stamp, which accepted resident dining points while the North Campus Dining Hall was closed due to a power outage on May 12.

The state health department has begun an investigation into Salmonella outbreaks after nine people — five of them in the University of Maryland community — recently contracted the infection, University Health Center director David McBride wrote in an email Friday.

Eight of the nine people had consumed hummus from the restaurant Moby Dick House of Kabob — which has a location in the university’s Stamp Student Union — prior to contracting the infection, according to the investigation.

It is still unclear if the hummus was the exact cause of the outbreak, McBride wrote. However, the restaurant has voluntarily stopped the sale of the hummus, he added.

In the email, McBride advised any community members who experienced diarrhea, blood in the stool and feverish conditions after eating Moby Dick to contact their healthcare provider. He also suggested that people use safe practices when cooking, be careful with food in warm weather and wash their hands frequently.

Spokespeople from Moby Dick couldn’t immediately be reached for comment.