Review: With a unique story and strong visuals, ‘Abominable’ takes its place as a classic 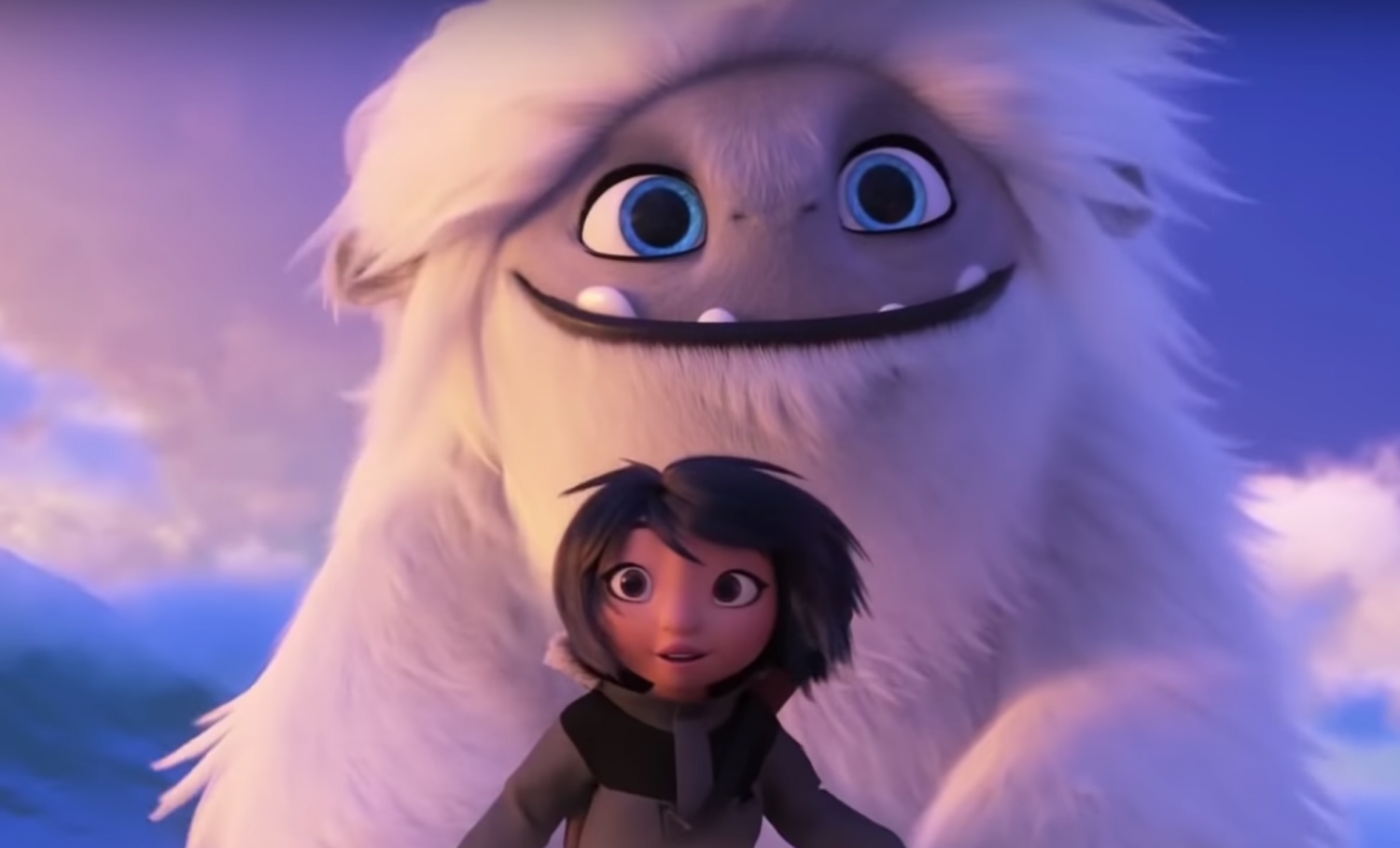 Yi and the Yeti known as Everest in Dreamworks' newest film 'Abominable' (Photo via YouTube.)

I took my place in the dim movie theater at 10 a.m. last Saturday, wiggling into the big leathery reclining chair. Waiting for the movie to start, I killed time by thinking about how I was admonished by the PR person for not showing up 5 minutes earlier.

“I wonder if this movie will be any good,” I thought to myself as I stared up at the screen. The movie was Dreamworks’ Abominable. It’s a story about a girl, Yi (Chloe Bennett), who finds a Yeti on her roof in the middle of Shanghai, and helps return him home to Mt. Everest. “There are so many ways this could go wrong,” I thought to myself again, as the lights faded to dark.

The movie began with a cool point-of-view shot of the Yeti escaping captivity from the cliché crazed millionaire — not sure how much money he has, but he’s rich — Mr. Burnish (Eddie Izzard) and British zoologist Dr. Zara (Sarah Paulson). After that, we cut to Yi’s life and find out that her father recently passed away. Instead of mourning, she keeps herself busy with odd jobs, avoiding being at home with her mother and her Nai Nai.

We’re also introduced to Peng (Albert Tsai) and Jin (Tenzing Norgay Trainor), who live in Yi’s apartment building. Jin is a caricature of what Boomers and Gen X-ers think millennials and Gen Z-ers are: constantly looking at himself in the mirror, taking selfies and caring way too much about the state of his expensive sneakers. Peng is his younger brother, a cute and playful little boy who bothers everyone around to play basketball with him.

[Read more: Despite some laugh-out-loud moments, the ‘Between Two Ferns’ movie is mostly a flop]

Aside from the opening shot, the beginning 10 to 15 minutes of the movie were dry and boring. After watching the trailer, I knew that Yi was supposed to help the Yeti back home, but with the set-up it just felt way too far-fetched. The characters all seemed two-dimensional as well, using one trope after another.

At this point, I was thinking, “Oh man, they really did it all wrong didn’t they. This is going to be just another dull, predictable quasi-touching animated movie that kids drag their parents to and is everything short of remarkable.”

But, was I wrong. And I am so glad that I was wrong.

This movie is a classic. It defied all expectations. The storyline kept me guessing — AND it kept my attention. Every character I thought was a flat cliché, by the end of the film was turned on their head. The character development wasn’t too much to be unbelievable, but just the right amount to make the story feel real.

I cried five times while watching this film. FIVE. And I don’t consider myself to be a movie-cryer. I think the part that got me every single time was when the Yeti sings. That’s right, you heard me: The giant cute fluffy Yeti HUMS and it’s MAGICAL. Literally! Every time the Yeti sings he summons the magic of nature and it’s beautiful, just beautifully done.

The animation was beyond gorgeous and the storyline was moving and heartfelt. At the end of the movie I walked out with a big stupid smile on my face. I haven’t felt that way walking out of a theater in a long time.

Abominable touches on themes of family, growth, friendship and protecting the environment, reminiscent of (my personal favorite) Miyazaki films. The best part of it all is the seamless integration with Chinese culture. It’s refreshing to see something on the big screen that explores a different culture in such a meaningful way.

So, I know I didn’t reveal too much about the movie in this article, but I just don’t want to spoil the pure joy of taking in the film for yourself. You might think, “Should I even bother?” The answer is a resounding YES. This will be a movie you will keep coming back to watch. I know I will. Hopefully, I won’t cry as much the second time around.