“You want to destroy it”: Maryland field hockey has set its sights on Penn State 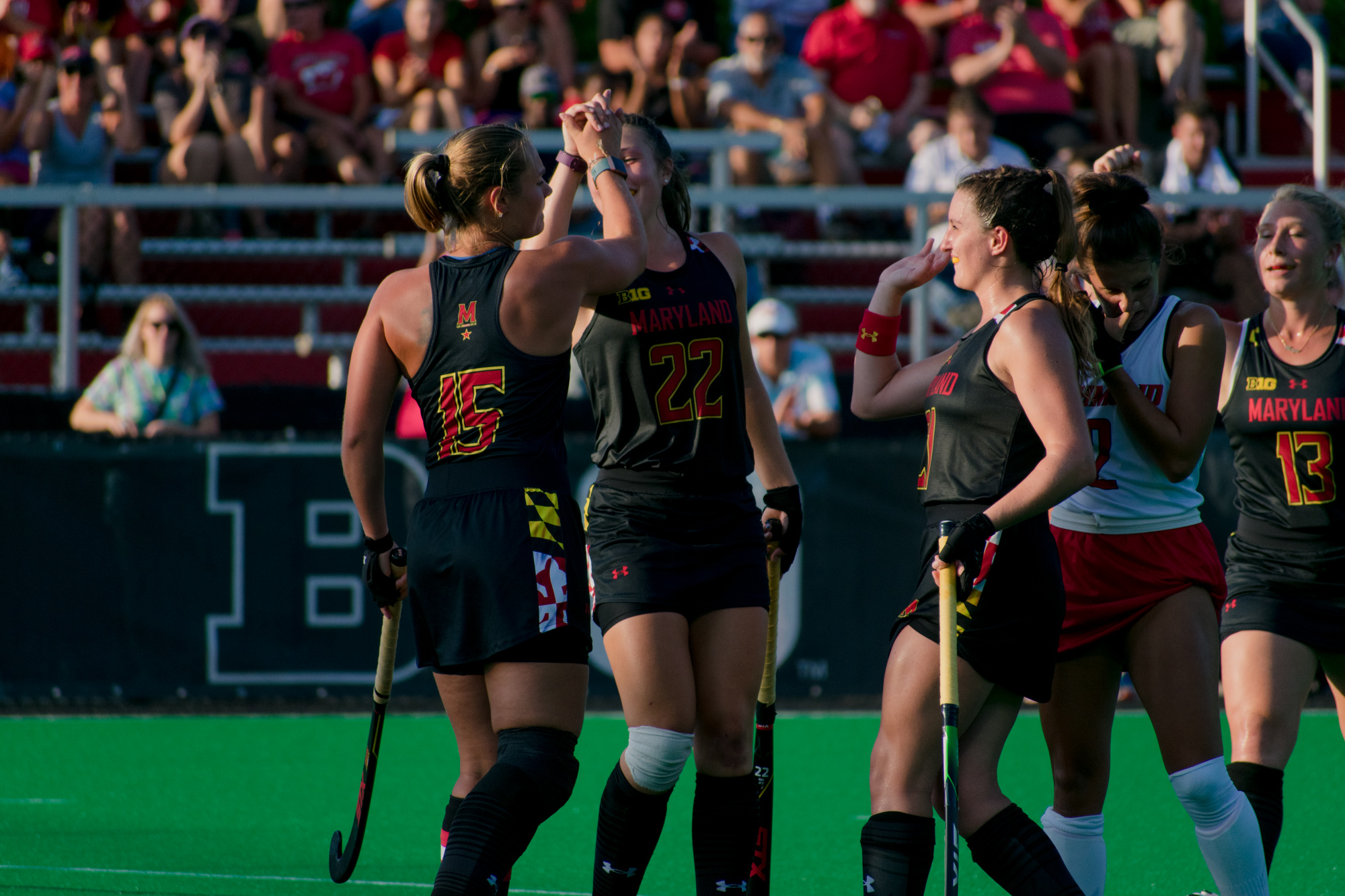 Donraadt whipped the ball toward a crouching Nathalie Fiechter, who placed a delicate touch on it to tee up Keus. The junior launched the ball into the top-left corner, pushing the Terps’ lead to 3-0.

And as Keus’ shot flew past goalkeeper Caitlin Nelson, she was embraced by her fellow defenders, with Fiechter, Kelee Lepage, and Belle Bressler all rushing to congratulate the captain.

Maryland’s attack has earned plaudits for its ruthless efficiency. However, it is the backline that has proved especially stout this season, with defenders showing tremendous levels of versatility on both ends of the pitch. And with the No. 3 Terps opening their Big Ten slate against No. 24 Penn State on Friday, Maryland’s defense is aiming to put the conference on notice with yet another strong showing.

“It’s our conference,” goalkeeper Noelle Frost said, “we have to show them that we mean business.”

The Terps (6-1) enter Friday’s game off the back of two impressive victories in last weekend’s Terrapin Invitational. After conceding two goals in 80 minutes against No. 5 Virginia on Friday, coach Missy Meharg’s squad shut out the Dukes for its third clean sheet of the season.

“The past couple of games we’ve played against really good opponents,” midfielder Madison Maguire said. “It helped us and motivated us to start Big Ten play and play Penn State.”

Maryland is looking to neutralize a Nittany Lions attack that was particularly impressive in last year’s meeting, as Penn State defeated the Terps 3-1 to end their 13-game winning streak.

The squad is looking to continue its progression on the defensive side of the ball, however, a progression they credit in no small part to improved communication along the backline.

“Me and Bodil go back-and-forth a lot,” Frost said, “so we can get a better communication so we don’t [let up] as many shots.”

And while Keus has struggled with injuries at times this season, the Terps have confidence in their ability to make changes to the defensive lineup and maintain a similar level of performance.

Bressler — a midfielder by trade — has slotted into the defense seamlessly, flashing a combination of strength and technical skill to earn increased minutes over the course of the season.

“We didn’t know how ready Belle Bressler would be as a defender,” Meharg said. “Fortunately she’s doing tremendously and giving us quality output in the midfield and defense.”

Meanwhile, Fiechter, another converted midfielder, has been a revelation since joining the backline, providing the Terps with another set-piece threat. The freshman has earned the trust of the coaching staff and her teammates alike, playing 60 minutes against No. 5 Virginia and 53 minutes against James Madison last weekend.

“She does exactly what you ask her to do,” Frost said. “When she went on against James Madison, I was completely confident in her back there. If I tell her to get back post, she’s going to mark that girl and she’s going to save it.”

With Bressler and Fiechter proving capable of playing in the back four, Meharg has pushed for her more veteran defenders to get more involved in the offensive third.

Lepage and Hannah Bond have seen minutes in the midfield, while Riley Donnelly — scoreless in 25 games last season — bagged a brace on Sunday to push her to three goals on the season.

Given Maryland and Penn State’s rivalry, there will be added motivation for the Terps to get their Big Ten campaign off on the right foot. And with Maryland being led by a strong defensive core that has proved to be dangerous on both ends of the pitch, they are confident in their ability to one-up the Nittany Lions.

“Penn State is a huge rival of our school,” Frost said. “You know we want to destroy it.”