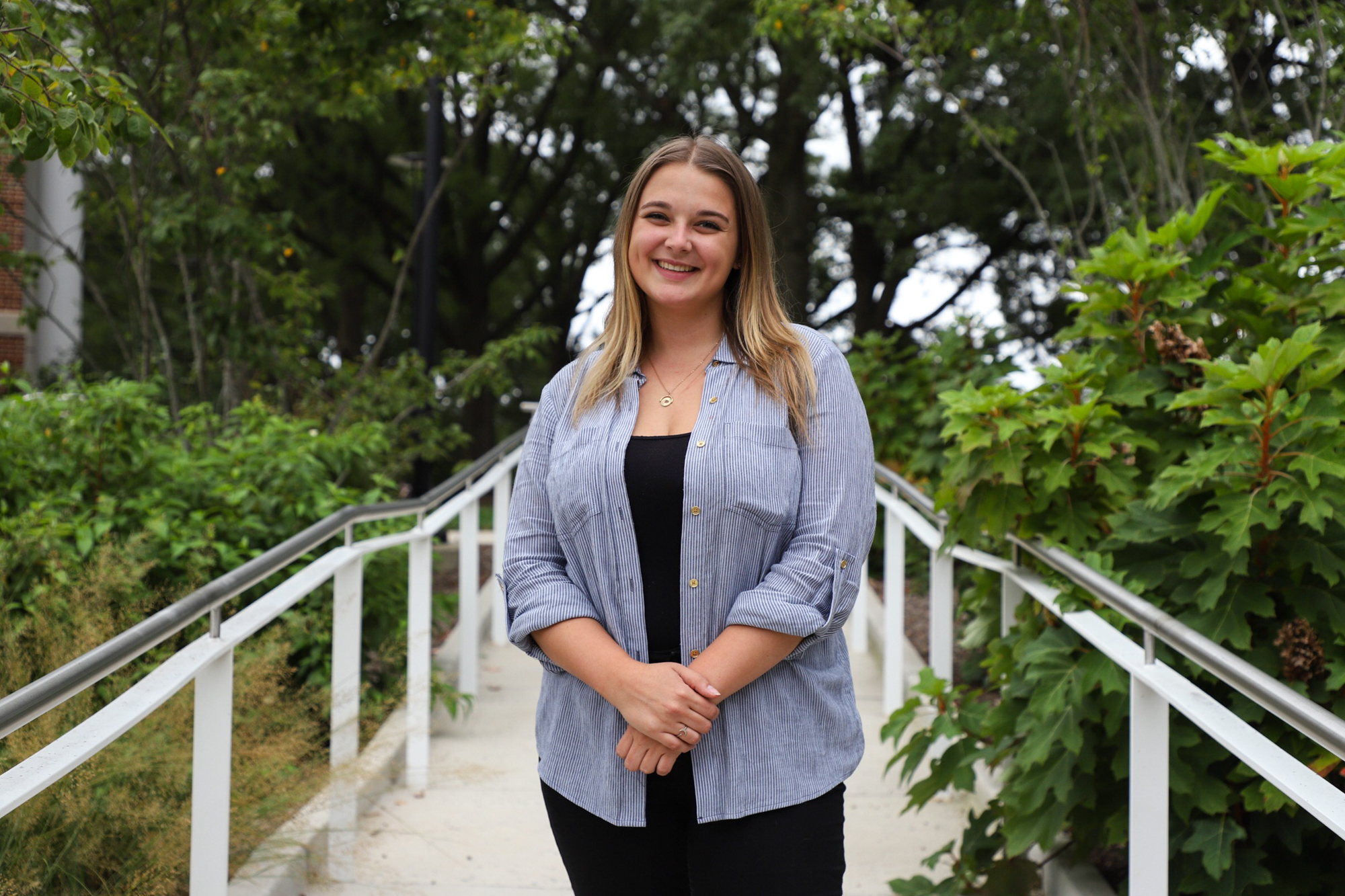 Elena LeVan, director of the Student Government Association's Committee on Sexual Misconduct Prevention, has a goal to spread awareness of the "Red Zone," which is the time period from August through November in which 50% of all reported sexual misconduct cases occur. (Evan Kramer/The Diamondback)

The University of Maryland’s SGA is working on a new campus sexual education program that’s set to launch later this month.

Elena LeVan, the Student Government Association’s Sexual Misconduct Prevention director, and a team of 11 other students are developing the program. It aims to educate students on consent, sexual violence and the “red zone.”

The term “red zone” refers to the period of time in the beginning of the academic year — from August to November — during which, studies show, the most sexual assaults are reported.

“More students should be educated about sexual assault in general, but particularly about the red zone,” LeVan said. “If we can reach out to students and connect them with resources, affirm their worth, educate about consent and healthy relationships, we will be taking a step in the right direction and hopefully bringing these numbers down.”

More than 50 percent of sexual assaults occur between August and November, according to statistics compiled by the Rape, Abuse, and Incest National Network.

First year students in general are more vulnerable because they’re in a new environment, LeVan said. Some are experimenting with drugs and alcohol for the first time, and some lack a reliable friend group, meaning they could be less likely to look out for their peers or intervene in a dangerous situation.

According to data from this university’s Office of Civil Rights and Sexual Misconduct, the amount of reported sexual assaults on campus has increased steadily over the past four years. Last year, the office investigated far fewer of those reports than in previous years.

“I think that it’s very important that SGA takes on the initiative to inform students about the red zone and sexual misconduct so [students] can remain safe on campus,” said freshman business management major Dominic Fiore.

LeVan and the SGA’s Sexual Misconduct Prevention committee plan to kick off the campaign with a social media push that educates students on consent and respect. They also plan to set up tables across the campus — mainly near freshman dorms — to speak directly to students about the red zone.

Krupali Daya, a freshman enrolled in letters and sciences, said the issue hits close to home — but she appreciates the SGA’s work in addressing it.

“We walk around campus in fear. We as students are here to get an education, not to be sexually assaulted,” she said. “The only way to raise awareness is by communicating more.”

In addition to the campaign itself, LeVan and the Sexual Misconduct Prevention committee are also reviewing and improving its own policies. They also plan to study reports submitted to the university, she said, and look into what they can do to support survivors.

Although the initiative is still a work in progress, LeVan said she hopes to extend the campaign until late November. And throughout the planning, she said, she and her team are focusing on framing their outreach in a way that teaches people about consent and respect — “rather than telling people how to protect themselves.”

“We don’t want to give into the culture of victim blaming,” she said.