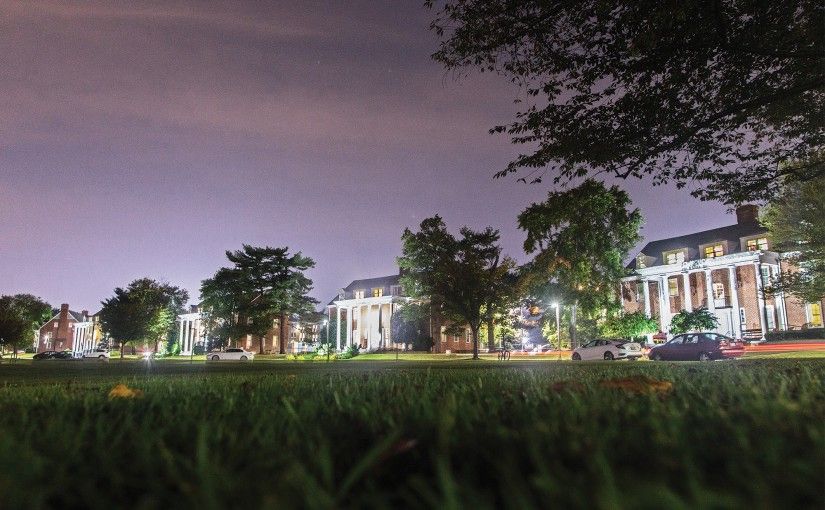 As of last week, all fraternities in the Interfraternity Council were prohibited from serving beverages with alcohol concentrations above 15 percent — accounting for nearly all hard liquors — at chapter events.

The change affects 24 of the University of Maryland’s 30 fraternities, following a near-unanimous resolution by the North-American Interfraternity Conference that went into effect Sept. 1. It also mandates a 3-to-1 maximum guest-to-member ratio and bans alcohol at any recruitment events.

Before hosting any registered events, which occur after the fraternity gets permission from its national headquarters, fraternities must notify the IFC, which will often send a representative to perform an inspection beforehand, said Christine Licata, the senior programming and advising coordinator for this university’s IFC chapter.

For any unregistered event, such as an impromptu party, the IFC reserves the right to carry out an inspection as long as it takes place “in recognized chapter facilities,” she added.

There is an exception to the new rule, though — hard liquor is permitted if it’s provided by a licensed third-party vendor. Anyone can become a third-party vendor if they have state and local approval, according to vendor forms.

Grace Hattery, a member of Gamma Phi Beta sorority, heard about the new measures at the group’s first meeting this year. She doesn’t think the rules will have a large effect on party culture — but said she thinks there’s only so much they can do.

“It’s mostly up to the individual to be aware of how much you’re drinking and how much is a safe limit for you personally,” said Hattery, a junior English major.

Each fraternity is responsible for enforcing the policy instead of the NIC or IFC, said NIC spokesperson Todd Shelton.

There are no explicit penalties for any fraternity that violates the guidelines, Licata said, because “context matters so much.” If an issue arises, possible penalties would depend on what actions the chapter has taken and if the student leaders escalated or de-escalated the problem, among others, Licata said.

“At their core, fraternities are about brotherhood, personal development and providing a community of support,” Judson Horras, the NIC’s president and CEO, wrote in a statement last year. “Alcohol abuse and its serious consequences endanger this very purpose.”

The IFC Judicial Board, the fraternity’s national headquarters and this university’s Department of Fraternity and Sorority Life will determine if any punishments are necessary, said Danny Yelsits, this university’s IFC president and a senior government and politics major.

Over the past year, the IFC worked extensively with presidents of this university’s fraternity chapters about the new guidelines through risk reduction workshops and joint training with the Panhellenic Association, the IFC’s equivalent for sororities.

The IFC has also updated its constitution to align with the NIC standards, Yelsits said.

Individual fraternities have addressed the new guidelines. Junior Ryan Yellin, an accounting and finance major and a member of the Sigma Nu fraternity, said his chapter’s president sent out an email last weekend about the changes. While Yellin was surprised, he supports them.

“It’s a step in the right direction,” he said. “Anything above 15 percent isn’t necessary.”

The Phi Sigma Kappa fraternity used to serve hard liquor at parties, but will be adjusting to the new guidelines. They will be opting for drinks that meet the limit, such as beer and wine, said member Brandon Kleinmann, a senior finance and math major.

Hank Nuwer, a professor at Franklin College who has written five books about hazing, said that just under 70 percent of hazing deaths involve alcohol. From 1959 to 2019, there was at least one hazing-related death in a school, club or organization in the United States every year, according to Nuwer’s research.

Though Nuwer thinks the new IFC measures are a good thing, he’s skeptical about their ability to stop off-campus incidents and cover-ups, he said.

“My hope is that if alcohol is taken out of the equation with hazing, that the number of deaths would go down,” Nuwer said.