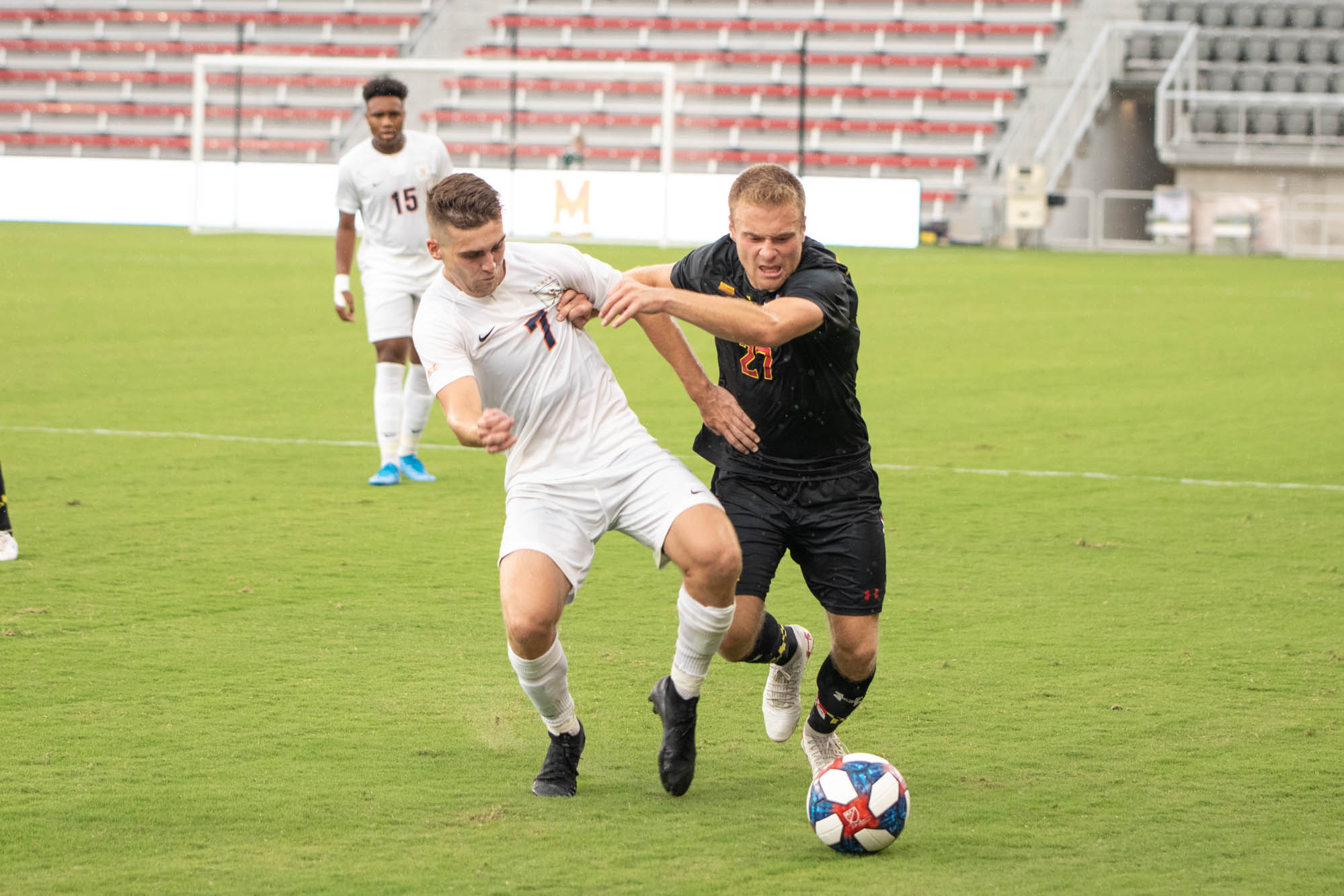 Maryland men’s soccer dropped two spots to No. 3 in Tuesday’s United Soccer Coaches’ poll following a 1-1-0 start, with a recent 2-0 loss to then-No. 12 Virginia on Monday night at Audi Field.

After beginning the campaign as the No. 1 team, according to the preseason rankings, the Terps defeated USF 1-0 in the season opener due in large part to a dominant defensive showing. But the defense struggled to contain the Cavaliers, a squad that blitzed coach Sasho Cirovski’s team in the opening 25 minutes.

[Read more: Despite inexperience, Maryland men’s soccer has faith it can rebound from loss to Virginia]

With the win over Maryland, and a 2-0-0 start overall, Virginia moved up to No. 7 in the poll.

Wake Forest assumed the Terps’ place as the top team in the nation, as the Demon Deacons moved up from the fourth spot with wins over No. 15 Central Florida and Creighton on their ledger.

Indiana, Maryland’s projected top competition in the Big Ten, remained at No. 2 after two double-overtime wins over Pittsburgh and UCLA.

Cirovski and the Terps will travel to the West Coast to play their annual match against the cross-country rival Bruins (1-1), who come off their loss to the Hoosiers, on Friday night at 10 p.m.