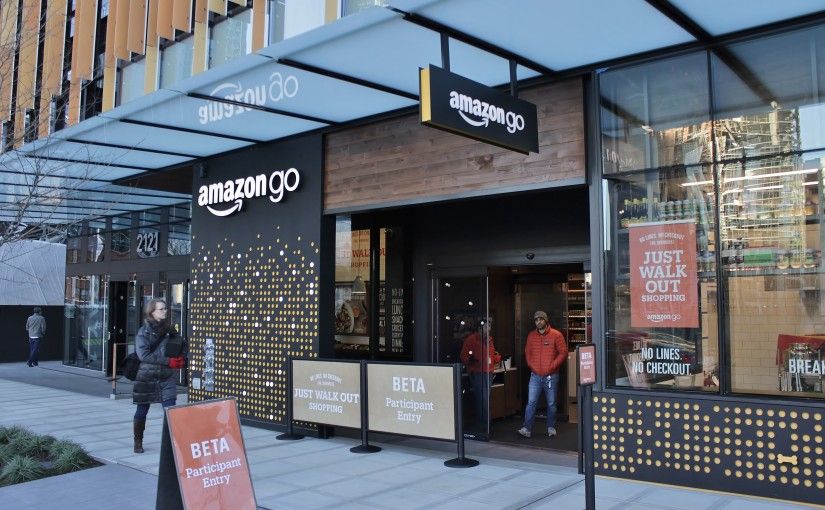 An Amazon Go store in Seattle. Photo courtesy of SounderBruce.

Amazon has become an unavoidable presence in America’s economy and in Americans’ lives. It provides extensive services including home delivery of products, media production, streaming, publishing and, my personal least favorite, electronics like the Amazon Echo. More specific to the University of Maryland is Amazon’s new second headquarters being built in Northern Virginia, and this university’s even newer lease of 8,000 square feet there.

In a recent column in The Diamondback, my colleague discussed this new “Discovery Center,” where students will be able to attend events, workshops and potentially classes. She argued in favor of this new leap in opportunity for those who want to learn the various industries and fields that Amazon spans, and I can’t disagree that this could bring new jobs and experiences to students on this campus. I do, however, feel we should be wary of Amazon’s influence.

The temptation of a high-brow office job with one of the most powerful companies in the world is undeniable, especially with Amazon’s promise to pay an average salary of $150,000 to HQ2 employees. Yet Amazon’s promise as an employer doesn’t hold up well when considering the ongoing allegations of its poor treatment of employees, both its low-wage workers and its higher-ups.

The company is notoriously anti-union, and only began paying warehouse employees a living wage last year after Sen. Bernie Sanders proposed a bill to raise taxes for companies whose workers require government assistance. Amazon has also been criticized for surveilling employees, discouraging bathroom breaks and generally disregarding the wellbeing of its workers.

Although Amazon’s HQ2 will provide white-collar jobs, many from the higher ranks in the company have workplace complaints as well. Former employees report being on call through the night and pushed to work harder than possible. One employee recalled how common it was to see his coworkers crying at their desks. Health conditions, pregnancy and the death of family members are treated as inadequate excuses for dips in productivity. That’s something to keep in mind when praising Amazon’s success or the Discovery Center.

Even for those who don’t want a career at Amazon and are only considering the learning opportunities of a space like the Discovery Center, the company’s moral shortcomings should still be a concern. Companies like Amazon — built on the backs of the underpaid and overworked — will always be tainted by their record of indifference toward workers.

There’s also the implicit endorsement of Amazon that comes with the move. If the university is going to incorporate the Discovery Center as a learning opportunity for students, it has a responsibility to address Amazon’s past and present treatment of employees.

Although people should keep these points in mind when considering the new Discovery Center, I also believe that any new opportunity for students or graduates should be taken advantage of by those who find use in Amazon’s presence. Finding work after college can be difficult, even for very qualified candidates, and any student who needs or wants to use the Discovery Center or HQ2 as a resource should do as they feel fit. But we should recognize the inequity present in Amazon and acknowledge how it may affect the lives of those who work there.

Flu vaccines are crucial during the COVID-19 pandemic