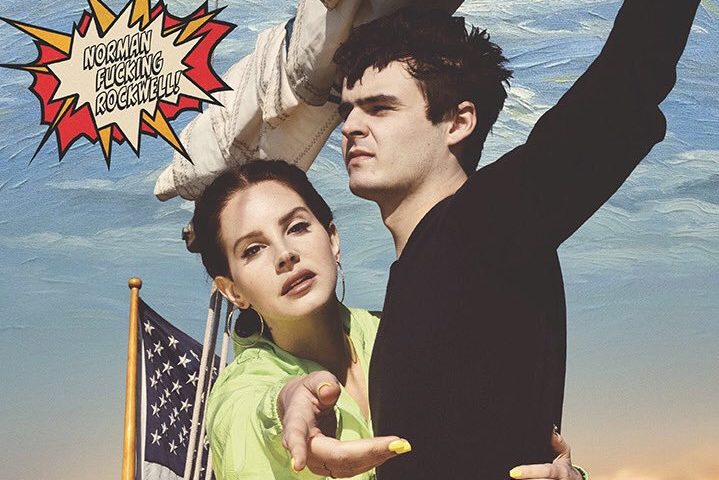 Lana Del Rey’s music is known for putting fans in their feelings. The singer-songwriter’s sixth studio album Norman Fucking Rockwell! clearly demonstrates how strong her powers are. With some of her best work yet, the original “sad girl” put a somewhat-depressing twist on hot girl summer. While NFR! may make you cry, it will also empower you.

Del Rey has been, and probably always will be, a hopeless romantic. Her music videos paint beautiful pictures of love and tears out of the flaws of the men around. She destroys her fantasies on NFR! with unapologetically dry humor.

Del Rey opens her album with an iconic line, “Goddamn, man-child/ You fucked me so good that I almost said, ‘I love you.’” Megan Thee Stallion could take notes. While the two artists’ deliveries are totally different, Megan Thee Stallion is like a bolder alter ego of NFR!-edition Lana Del Rey.

[Read more: K-pop BANGERS to listen to on your way to class]


Del Rey did experiment with a hip-hop flair in her 2017 album Lust for Life, but there is no doubt that NFR! shows her talent better and more authentically. While Lust for Life was definitely impressive, NFR! is Del Rey’s most cohesive work to date.

Her new album sounds edgier than her past gloomy albums, and the subtle change allows it to stand out against other popular depressing music of the moment. NFR! shines strong even against Billie Eilish’s WHEN WE ALL FALL ASLEEP, WHERE DO WE GO? — and it’s not a stretch to say NFR!’s airy sophistication even makes it superior.

Del Rey’s voice is the greatest it’s ever been. Listeners will be happy to hear her familiar breathy singing, which is quiet but not too soft. Somehow, it’s impossible to overpower. A track like “Fuck it I love you” seems to mimic the album title’s aggression, but Del Rey always reaches a perfect calming state.


Thanks to producer Jack Antonoff’s assistance, there’s a satisfying contrast between Del Rey’s vocals and a driving beat on some of the album’s highlights, such as “Doin’ Time.” The beautiful tempo is calmed down in tracks like “Love song.” Expectations are high for any Del Rey love song, and it’s one of the album’s strongest tracks. She maintains her identity yet shows maturity through serenity instead of angst. She comes to peace with relationship problems and life struggles.

“California” is another standout, as Lana’s captivation with the state is not new. California is known for sunshine and happiness, but Del Rey can easily be seen as the opposite. In reality, she channels the sophistication and mysterious wonder of old Hollywood. Familiar dreams of glamorous danger and twisted love appear throughout NFR!.

Del Rey has a classic sound despite her “sad girl” energy. She remains an iconic influence seven years after the legendary Born To Die. NFR! shows her evolution, yet she rejects the concept of complete reinvention. Look no further than “Venice Bitch” to learn that she is “fresh out of fucks, forever.”

Despite her emotional music, it seems like she couldn’t care less if you enjoyed NFR!. Regardless, it’s pretty hard not to.