Review: Brockhampton rekindled their passion on a showstopping new album 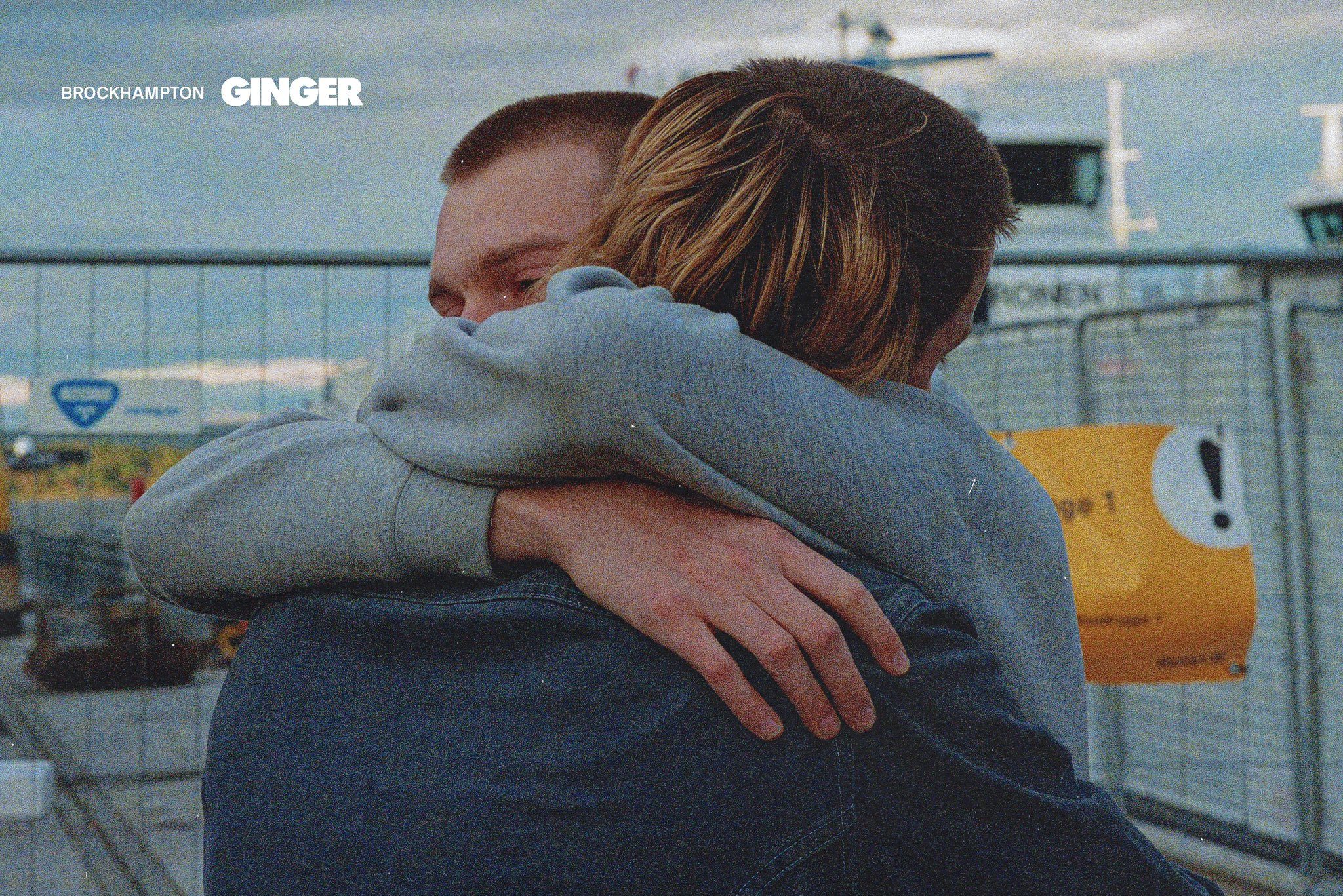 After the hype around Brockhampton’s last album iridescence died down, I thought the band was burnt out to the point of no return. Their social media presence was meager at best — a strong shift away from their formative days — and I stopped feeling the sense of community I once admired in their fanbase.

Their new album GINGER proves none of that matters anymore. They lost a key member after the three-album SATURATION era, but they didn’t let go of the musical essentials that guided those projects for iridescence. GINGER displays a crucial shift in creativity and mentality, hype be damned.

For the first time in BH album history, the opening track is slow and somber. “NO HALO” features indie newcomer Deb Never for an angelic chorus while Matt Champion and Merlyn Wood rap over, and perfectly complement, the gentle guitar melody. The song shows the group being super sad without an infectious beat or dark exaggerations masking it.

Brockhampton ringleader Kevin Abstract has spoken about the group’s “Friday therapy” sessions in his kitchen, in which different Los Angeles artists gather around and vent about their lives. This simple yet poignant effort to process the complexity of celebrity shines through on GINGER, where the lyrics sound like a product of well-processed trauma.

This album’s beats are just as fresh and clean as the lyrics. Romil Hemnani and Jabari Manwa hold the primary producing credits on most of the album, with some additional credits to Kiko Merley and the group’s vocalists, and it’s clear they’ve moved past the in-your-face excitement that defined their previous albums. GINGER’s upbeat tracks, such as “BOY BYE” and “ST. PERCY,” still bump and make you wanna mosh, but in a different way than Brockhampton staples such as “BOOGIE” and “GOLD.”

Dom McClennon came for blood on this album, with project-defining fiery flows and punchy lyrics. “DEARLY DEPARTED,” a track seemingly about the band’s 2018 ousting of Ameer Vann, lets Dom air all his grievances about his former friend, who allegedly organized a robbery against someone in Dom’s life:

“Find that truth trickles down, hits the fear and freezes over like a dagger to the spine/ When somebody that you know throws you in the fire, how do you survive?”

Frequent Brockhampton collaborator Ryan Beatty made an appearance on the chorus of “SUGAR” — in my BH-expert opinion, the best song on the album. Similar to his chorus on SATURATION III’s “BLEACH,” the track that catapulted Brockhampton into the mainstream, Beatty lodges his lyrics in your memory with a catchy melody and altered pitch.

To my surprise, Kevin Abstract didn’t impress me much on GINGER. He seemed to take a step back from his frontman role and let the rest of the group shine.

JOBA turned away from the angry screaming he boasted on iridescence, instead showing off his vocal performance training and creative approaches to ballad-rap. bearface, the band’s resident emo, further dabbled in his rap skills and collaborated with Beatty on the second half of “VICTOR ROBERTS” to create an album closer as melodic and beautiful as SATURATION II’s “SUMMER.”

GINGER made me confident that Brockhampton’s vital chemistry is back in full swing. I won’t say it’s one of the best albums I’ve ever heard, because it’s probably not. I won’t even say it’s Brockhampton’s best album, because I might regret that statement in a few months. But it’s a beautiful display of artistry and brotherhood, and it’s the album Brockhampton needed to make.