UMD’s public health school could get a new doctoral program 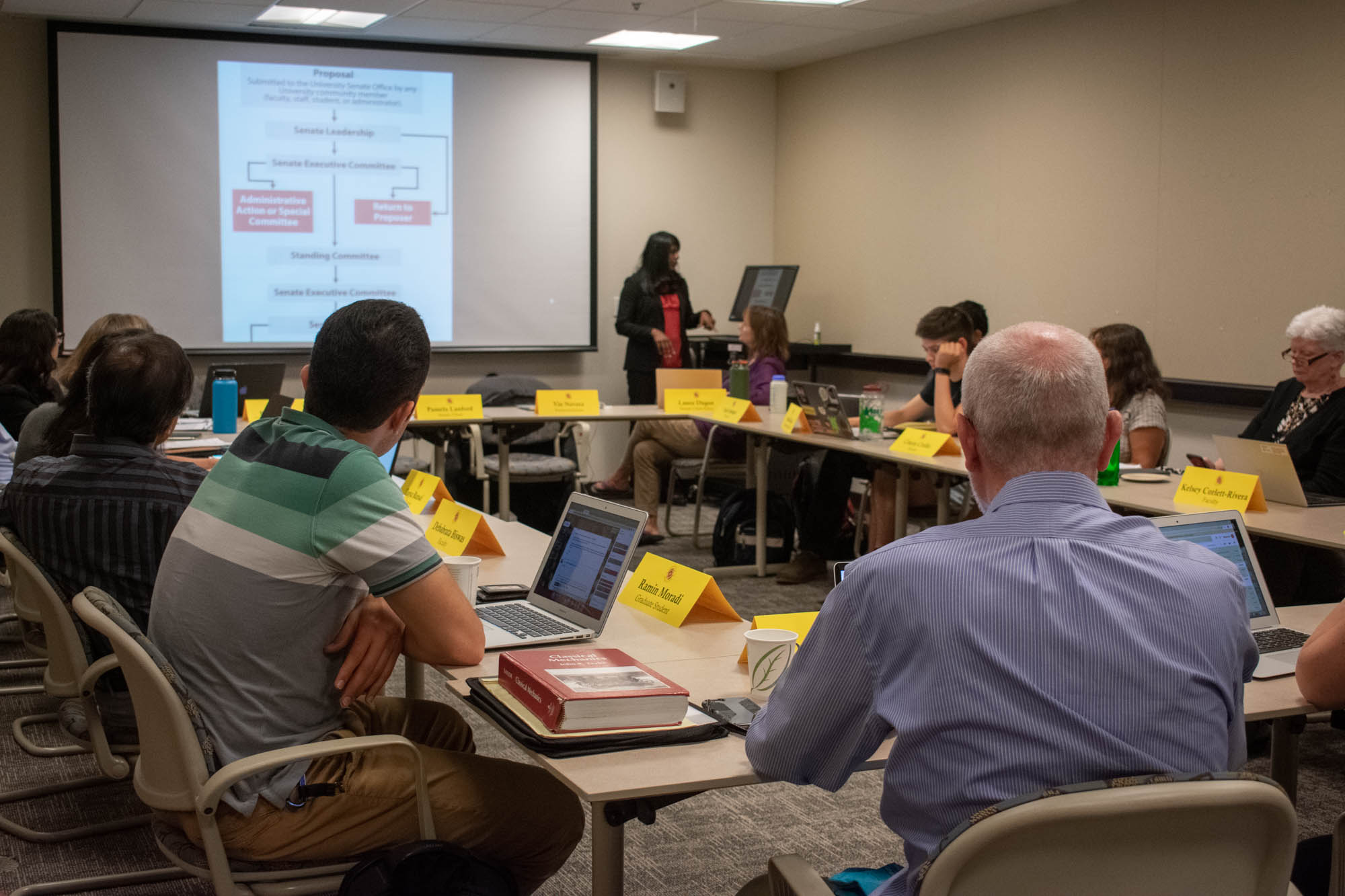 The Senate Executive Committee met for the first time this semeseter in Marie Mount Hall on Aug. 28, 2019. (Elliot Scarangello /The Diamondback)

A new doctoral program may be available from the public health school, if approved by the University of Maryland Senate.

On Wednesday, the Senate Executive Committee passed the action on to the full senate for a vote that will take place Sept. 12. Twelve committee members were in favor, and one was opposed. There were no abstentions.

The program would be the first professional doctoral degree from the public health school. It would have 44 credits — most of which would be online — and students would only be required to be on campus for a total of two weeks out of the semester.

The school already has a research-based Ph.D., but this professional program would be geared toward people already in the public health field who want to develop their leadership skills and move into leadership positions, said Janna Bianchini, the Programs, Curricula and Courses Committee chair who presented the proposal.

The mostly-online nature of this degree is unlike other programs at the university, said Betsy Beise, the associate provost for Academic Planning and Programs.

“A lot of thought is going into the development of the online material,” Beise said. “This target audience would be working professionals who aren’t going to have time to come in.”

To apply for this doctoral program, one needs to have a master’s degree in public health, according to Neil Sehgal, an assistant professor of health policy and management and senate committee member representing the public health school. While he was not familiar with the specifics of this program, he said these types of programs are typically more advanced than master’s degrees and would offer more training about program management and design.

“The new program is developed in response to a need identified by the public health community for senior leaders educated in evidence-based research knowledge combined with leadership skills,” Bianchini said.

Sehgal said the U.S. has a need for this type of program.

“Nationally, we have far fewer public health professionals than would be ideal,” he said. “So there is a definite need to actually train a skilled public health workforce.”