The government shutdown forced this College Park restaurant to close 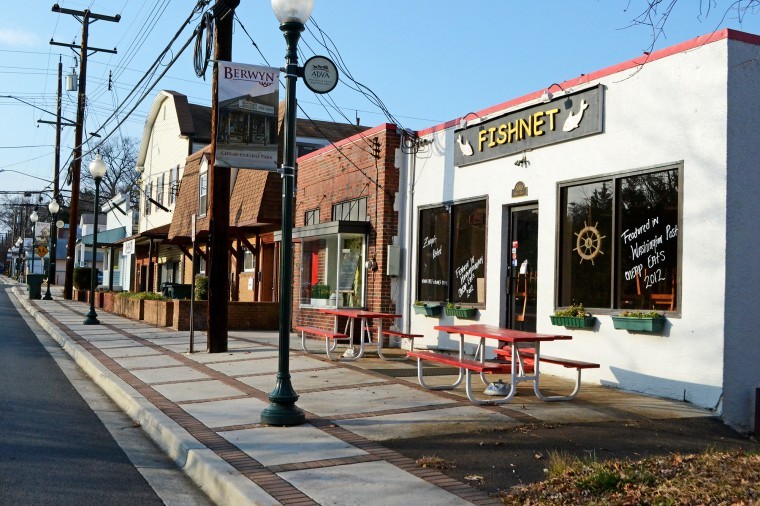 Fishnet Restaurant is one of many of Berwyn Heights’ small businesses. The town, just a few minutes away from College Park, has a more small-town atmosphere than its surrounding areas.

After seven years, Fishnet — a seafood restaurant on Berwyn Road — will close its doors for the last time on Aug. 27.

The restaurant’s College Park location was hit hard by the record-breaking government shutdown in December and January, and it was never able to recover, said Keyia Yalcin, Fishnet’s CEO and founder.

“You wouldn’t look on the surface and think it would affect us,” she said. “The reality is, a lot of [our customers] work for the government, whether that’s NASA or the FDA.”

During the 35-day long shutdown — powered by President Trump’s demand for $5 billion to build a wall along the border between the United States and Mexico — about 800,000 federal workers went without pay. Without a steady flow of income, people who used to come around to Fishnet once a week started coming less regularly, Yalcin said.

Making the decision to close Fishnet was not easy, Yalcin said. She and her husband opened the restaurant in 2011, at a time when Sweetgreen and Whole Foods had yet to arrive in College Park. Yalcin said Fishnet brought fresh and quality ingredients to the restaurant scene.

“In many ways, Fishnet was like my child,” Yalcin said. “We spent all of our time on it, we put everything we had into it.”

[Read more: Stamp is putting together a list of potential restaurants to replace Adele’s]

Yalcin won’t be the only one who will be sad to see Fishnet leave its College Park location.

Ryan Clancy, who graduated in 2015 with a civil engineering degree, said he and his friends used to frequent the establishment when they were still in school.

“It kind of felt like a secret, you know? It wasn’t full of students. I think we were deliberately evasive when certain people would ask us where we were going for dinner. We didn’t want to see it ruined,” Clancy said. “In hindsight, we probably should have told more people [about it].”

Fishnet’s departure comes amid a slew of other restaurant closures in the area. Bobby’s Burger Palace, Kapnos Taverna, Slices and Applebee’s are among those that have shuttered in the past year.

Nic Galloway, a Fishnet regular and anthropology doctoral student, fears the restaurant’s closure might be “indicative of a wider trend of smaller businesses closing in College Park.”

“It’s sad to see it go, it was in a really nifty location — it seemed like it was kind of a neighborhood staple,” Galloway said.

Yalcin said she feels there is more space for small business owners to flourish in Baltimore than in College Park. Fishnet has another location in the city’s Mount Vernon Marketplace, which will continue to operate.

“College Park, like other cities and communities in America, has some big decisions to make about what they want their community to be,” Yalcin said. “People really have to decide what they value.”

However, she said she is grateful to the community of College Park for helping her restaurant grow. Yalcin and her husband are considering opening another restaurant near Fishnet’s soon-to-be-defunct location, she said.

“I’m always gonna be grateful to the community and people of College Park for what they helped us create,” Yalcin said. “We hope that our path leads us back to College Park at some point, in some way.”