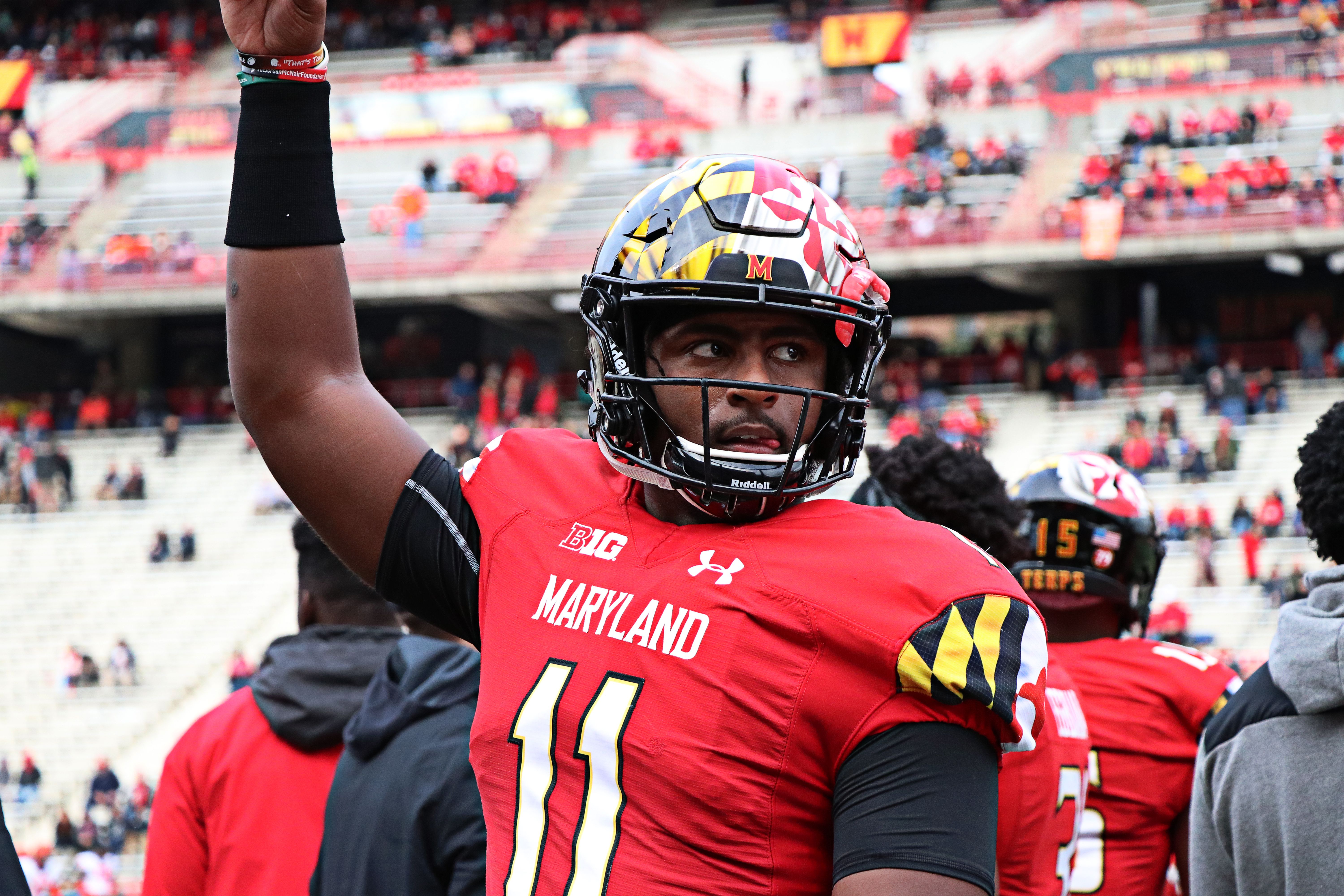 Quarterback Kasim Hill calls out to his teammates during Maryland football’s 63-33 win over Illinois at Maryland Stadium on Oct. 27, 2018. (Andi Wenck/The Diamondback)

Hill isn’t likely to return to the field in 2019 as he recovers from his second straight ACL tear — the latest coming in the Terps’ Week 10 loss to Indiana in November — but he will sit out the season anyway due to NCAA transfer regulations. When he returns with two years of eligibility remaining, he’ll face another stiff quarterback competition with the Volunteers.

Redshirt junior Jarrett Guarantano is the incumbent starter for Tennessee, and redshirt freshman JT Shrout and true freshman Brian Maurer are behind Guarantano. The Volunteers will also add four-star prospect Harrison Bailey to the class of 2020.

At Maryland, Hill broke out as a true freshman in 2017. After quarterback Tyrrell Pigrome tore his ACL in the first game of the season, Hill entered and helped the Terps beat Texas for the first time. Then, Hill started two more games, compiling 230 yards on 18-for-21 passing before suffering his own season-ending injury.

Hill returned for his redshirt freshman campaign, leading Maryland to another triumph over the Longhorns. He struggled with accuracy at times, though, finishing with a 49.4 completion percentage to go with 1,083 yards and nine touchdowns.

Pigrome and four-star recruit Lance Legendre are also battling for the starting job, for which the winner has yet to be announced as fall camp winds to a close.

“With quarterbacks, they each bring something different,” wide receiver Darryl Jones said Wednesday after practice. “It’s going to be interesting to see which one of them takes it, because they’re all fantastic.”