Review: ‘Good Boys’ is a heart achingly funny look into growing up 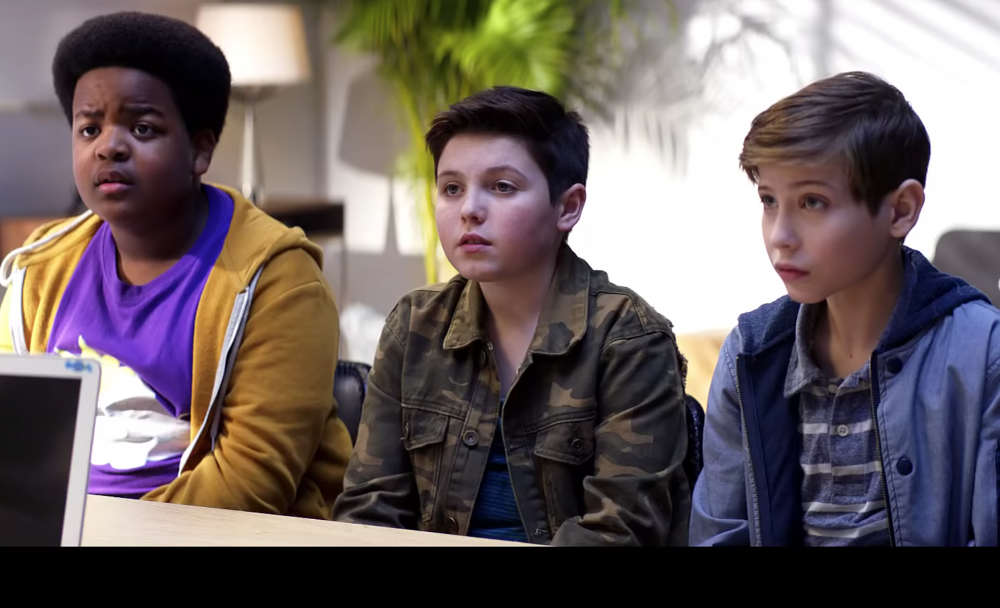 Every emotion is heightened when kids are involved. Good Boys exploits that, in the best possible way.

The movie follows the self-proclaimed “Beanbag Boys” — Max (Jacob Tremblay), Thor (Brady Noon) and Lucas (Keith L. Williams). When Max proves himself to the cool kids by taking one sip of beer, he scores an invite to his first kissing party. And though his best friends are considered a little too “random” to be popular, Max manages to get them invited.

Obviously, they can’t go to a kissing party without knowing how to kiss, so naturally they use Max’s dad’s drone to spy on his teen neighbors. The drone is captured, and they have to get it back before they’re grounded and can’t attend the party. Cue the shenanigans.

It’s definitely hard to discuss this movie without mentioning Superbad, especially because the writers of the 2007 comedy, Seth Rogen and Evan Goldberg, are this movie’s executive producers. And at their cores, these movies are the same. Not-cool kids get the chance to go party with cool kids. They’ll do anything to make it work. Hilarity ensues.

Every moment felt natural and honest. Tremblay, Noon and Williams are excellent; the three tweens embody their characters with a believable earnestness and humour.

In fact, there’s no better word for these kids than earnest. Everything they do is so genuine, from their constant swearing to their belief that Max will marry his crush one day. They sincerely parrot the things grown-ups have taught them, like that you can’t kiss someone without their permission, or that “drugs ruin lives and communities!”

And they confidently share the things they’ve learned by themselves: Molly is a sex drug that makes you instantly have sex with whatever is closest to you; a nymphomaniac is someone who “has sex on land and sea.” Their steadfast belief that they know exactly what they’re doing is both hysterical and a good reminder of how much changes after age 12.

The Beanbag Boys manage to make it through their adventure — surviving a dislocated shoulder, a mad dash across a highway, and a frat house smackdown in which Thor gets decked by a 20-year-old. But it takes a toll on their friendship.

Throughout the movie, the three have very different, competing motivations. Max is hormone-driven and lovestruck. Thor wants to be cool in the eyes of his classmates. And Lucas just really wants everyone to be happy and safe.

In one quiet moment, their neighbor (Molly Gordon) shares some older kid wisdom: When you’re young, your best friends are your best friends because they either live close to you or their parents are friends with yours.

They protest, explaining that the Beanbag Boys are friends because they like each other! And they live close together … and their parents are friends. The realization shocks them, and they end up in their biggest fight ever.

The boys have trouble grasping what’s happening between them. Lucas’ almost-divorced parents explain it to him: Hermit crabs die when they grow and don’t have a bigger shell to move into, and sometimes friends are like that too.

The kissing party finally arrives, and the game of spin the bottle helps the boys realize that what’s best for one of them might not be best for all of them. And, despite that, they can all still be friends.

In the end, Thor follows his heart and auditions for the school musical, which gives us a supposed-to-be-funny-but-actually-kinda-emotional-and-made-me-cry montage of the Beanbag Boys branching out and making new friends to the soundtrack of his rendition of “I Want to Know What Love Is.”

This is not a movie for kids. Its R rating and marketing strategy — that the kids in the movie shouldn’t even be allowed to see it — make that clear. Instead, Good Boys is a heart achingly funny movie about kids and the stuff they have to learn before they grow up.