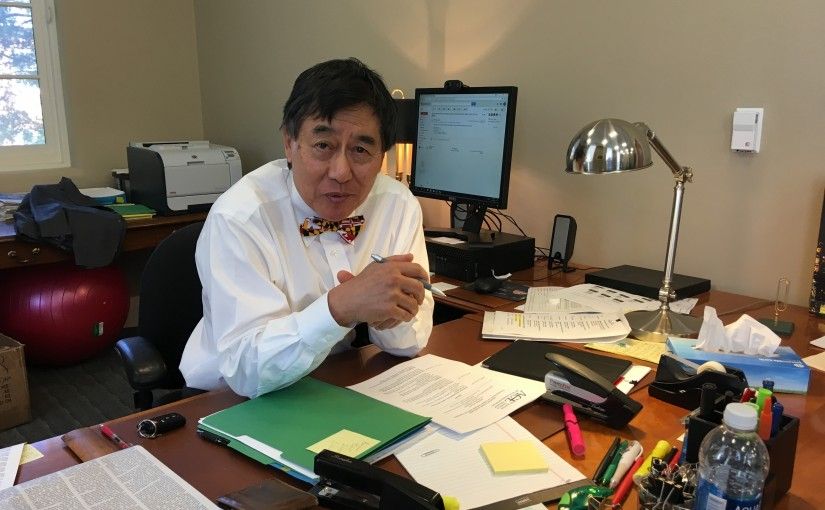 University of Maryland President Wallace Loh speaks from his office desk in 2017. (Christine Condon/ For The Diamondback)

Maryland’s attorney general became the latest politician to challenge President Trump’s immigration policy change on Wednesday, and he has since received University of Maryland President Wallace Loh’s seal of approval.

In a statement, Attorney General Brian Frosh announced his decision to join a lawsuit with 12 other attorneys general against the administration’s new “public charge” rule.

The rule would limit immigrants’ access to visas and green cards if they use public benefits such as food stamps and Medicaid. Legal immigrants who use the services for more than 12 months in a 36-month period would be considered a public charge, making it more difficult for them to obtain citizenship.

“Wealth has never been, and should not now be, the primary determinant of an immigrant’s status in America,” Frosh wrote in a statement announcing his decision. “The ‘public charge’ rule is unlawful and un-American, and it jeopardizes the health and welfare of children and families.”

Loh voiced his approval of the lawsuit Friday, thanking Frosh in a tweet.

“Thank you @BrianFrosh for joining 12 other states’ attorneys general in this legal challenge,” Loh wrote.

Immigrant advocacy group CASA has also expressed its support of the lawsuit.

“The Trump administration is punishing individuals based on income and not on their enormous contributions to our nation,” CASA executive director Gustavo Torres wrote in a statement. “This racist policy is a direct attack on our families and we will soon join the Attorney Generals [Mark] Herring and Frosh by challenging it in court.”

Despite Loh’s disapproval of the administration’s new immigration rule, the university has refrained from fully distancing itself from the federal agency tasked with enforcing Trump’s immigration policies.

Last November, students protested after discovering this university has a contract — worth up to $625,000 — with Immigration and Customs Enforcement.

Per the contract, the university’s National Consortium for the Study of Terrorism and Responses to Terrorism provides “cultural competency and counterterrorism” training to ICE officials, university officials say.

And while Prince George’s County is a sanctuary jurisdiction, Loh has expressed resistance to making the university a sanctuary campus, writing that “we already provide all the protections and support allowed under the law.”