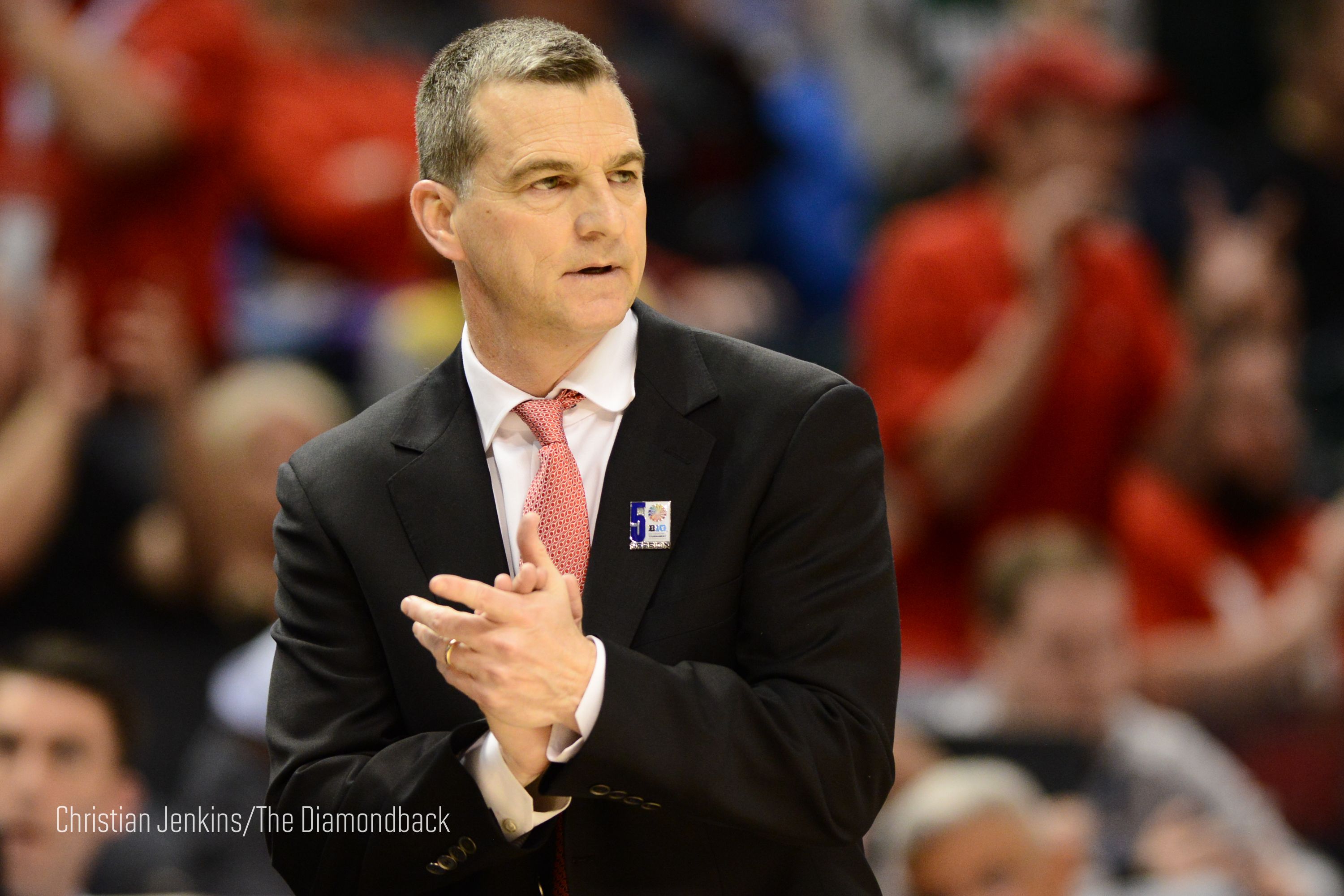 Coach Mark Turgeon claps as the Terps fend off Nebraska in the final minutes of the game when the Terps defeated Nebraska, 97-86, in the Big Ten quarterfinals at Bankers Life Fieldhouse in Indianapolis on Mar. 11, 2016. (Christian Jenkins/The Diamondback)

Just two of the Terps’ guaranteed nonconference opponents — Temple and Seton Hall — are coming off NCAA tournament appearances, but neither made it beyond the first round. Maryland’s first-round opponent, 11th-seeded Belmont, ousted Temple from the tournament in the round of First Four games. As a No. 10 seed, Seton Hall fell to Wofford in its opening matchup.

Excluding the potential matchups of the Orlando Invitational, the average Kenpom ranking of the Terps’ nonconference opponents for 2019 is 175.3. Seton Hall (60), Temple (69) and Notre Dame were included in the top 100 Kenpom rankings. Overall, the combined 2018-19 record of the nine guaranteed opponents was 144-149.

Following an exhibition game against Fayetteville St. on Nov. 1, the Terps will begin their season against Holy Cross on Nov. 5. The game against the Crusaders is the first of a five-game homestand to start the season, which also includes games against Rhode Island, Oakland, Fairfield and George Mason.

During Thanksgiving weekend, coach Mark Turgeon and Co. will travel to Florida for the Orlando Invitational, with Temple as the first opponent. Depending on the result, the Terps will play either Harvard or Texas A&M.

Maryland’s nonconference strength of schedule could receive a boost if it advances to the finals of the Orlando Invitational during Thanksgiving weekend, with Marquette, a No. 5 seed in the 2019 NCAA tournament, a possible foe.

After returning from Orlando, the Terps will play Notre Dame at the Xfinity Center for their annual Big Ten/ACC Challenge matchup. The Irish return a number of key contributors, but finished last in the ACC in 2019. As a projected top-10 team in preseason polls, Maryland missed a chance for a marquee nonconference game against an ACC team.

The Terps will then shift their attention to two Big Ten games, which will be announced at a later date. This is the third-consecutive year of the early-season conference games, with Maryland going 1-1 in each of the prior seasons.

On Dec. 19, Maryland will travel to Newark, New Jersey, for a rematch against Seton Hall, who won in College Park 78-74 last December. Multiple media outlets have ranked the Pirates inside the top-20 in preseason polls. The nonconference schedule wraps up with a home game against Bryant three days before the calendar flips to 2020.