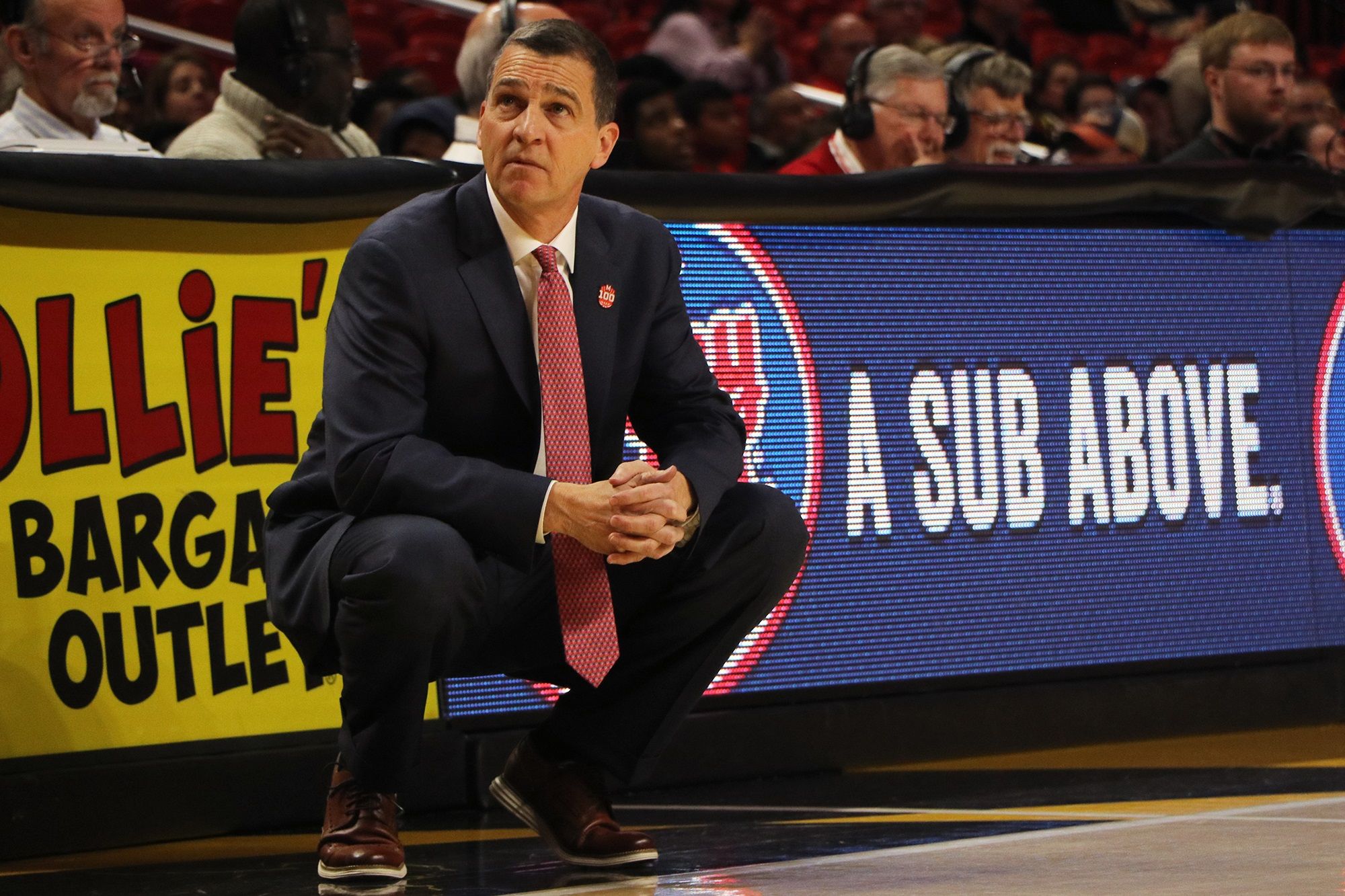 The NCAA announced negotiated resolutions Tuesday for recruiting and coaching violations the Maryland men’s and women’s basketball teams made that occurred before and during spring 2018.

Men’s basketball assistant coach Matt Brady already served a university-imposed six-game suspension and 15-practice suspension during the 2018-19 season after he coached an athlete on his shooting form while he was director of player personnel. According to the NCAA, Brady also delivered scouting reports to the team eight times through head coach Mark Turgeon’s direction.

The NCAA said in a release that Brady knew assisting the player with shooting drills was a violation, and he did not let the coaching staff know he offered to do so. Both Brady and Turgeon understood that Brady, then a director of player personnel, could not coach during practices — but they did not realize film room presentations were impermissible, the release read.

Last season, the University of Maryland also reduced the team’s athletic activities by one hour per week during the offseason and two hours each week during the campaign as part of the self-imposed sanctions.

The university’s self-imposed regulations also included a letter of reprimand sent to Turgeon. As a part of the self-imposed restrictions, a compliance officer was required to attend one men’s basketball practice each week, travel to at least four regular-season away games and each postseason matchup, attend at least nine film review sessions and provide additional education, the NCAA stated.

“Once these violations came to light, Maryland Athletics began a thorough, cooperative investigation with the NCAA Enforcement Staff,” a statement on the athletic department’s website reads. “The NCAA recognized the proactive and corrective steps the university immediately took when the violations were discovered.”

And in addition to the self-imposed restrictions Maryland established last season, the NCAA implemented a two-year show-cause order for Brady. He must attend two NCAA regional rules seminars during that time frame, but he won’t be restricted from basketball-related activities in the upcoming seasons.

For the women’s basketball team, coach Brenda Frese told the NCAA she did not fully understand the rules surrounding in-person recruiting visits, leading to violations. The staff used personalized covers on recruiting booklets on about 17 unofficial visits, according to the NCAA, and an assistant coach sent 150 personalized items to recruits, which also violated rules.

As a result of Maryland’s self-imposed restrictions, women’s basketball will lose one scholarship spot each year from 2018-19 through 2020-21, as well as a reduction of three official visits each year. Additionally, the team was prohibited from sending recruiting materials for one week each month during the 2018-19 season, according to the NCAA.

The NCAA fined Maryland $5,000 and put both teams on one-year probation. The probation does not include any postseason limitations for either team, and the main requirement is additional rules education for both coaching staffs.

“Maryland Athletics will continue to robustly educate and monitor to ensure adherence to our core values and hold ourselves to the highest standards,” a statement on the athletic department’s website reads.