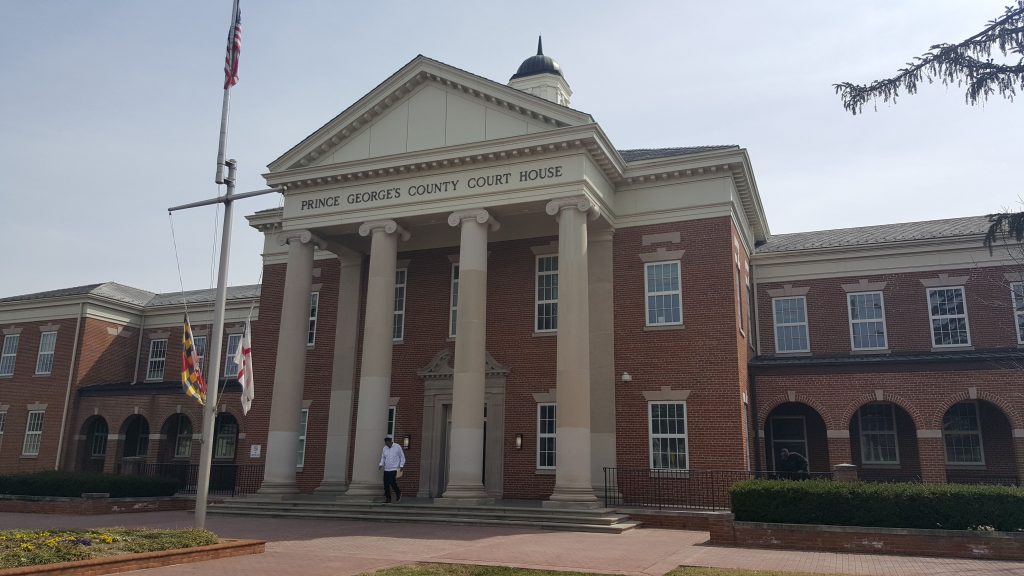 UPPER MARLBORO — Former Maryland basketball player Damonte Dodd took the stand Wednesday on the third day of his trial, testifying that he “vividly” remembered the night of Oct. 31, 2017 and the early morning of Nov. 1, 2017 — when he met a University of Maryland student at a bar and allegedly raped her in an apartment.

Dodd met the woman at Terrapin’s Turf in College Park on Oct. 31 before going to a friend’s Terrapin Row apartment and allegedly raping her. He was charged with second-degree rape and assault in July.

On Wednesday at Prince George’s County Circuit Court, Dodd disputed portions of the accuser’s testimony — which was given on Monday and Tuesday. He said he met the woman at the bar after she and her friend approached him. The accuser said Tuesday that Dodd’s friend Jared Ungar — who also testified Tuesday — approached her first and introduced her to Dodd.

The two women and Dodd then began to talk, and soon after, he and the accuser danced together and kissed, he testified.

“She was really cool,” Dodd testified. “She came off as a nice person.”

Dodd, 25, said he had told the accuser that he had already graduated from the University of Maryland and that he would be staying at his friend’s apartment that night. On Monday, the accuser testified that she wanted to get pizza after leaving Terrapin’s Turf, but Dodd told her they could get food at the Terrapin Row apartment. Dodd disputed that testimony, claiming that it was the accuser’s idea to go to the apartment.

Assistant state’s attorney Melissa Hoppmeyer pressed Dodd on what his intentions were with the accuser that night.

“You thought you were going back to [the apartment] to have sex,” Hoppmeyer told Dodd.

Dodd said he and the accuser grew to like each other at Terrapin’s Turf and then decided to leave together. Dodd said that at no point during the night — at the bar or at the apartment — did he have a reason to be concerned about the accuser’s sobriety.

Dodd said the accuser did not mention how much alcohol she had consumed that night or that she had done cocaine. Dodd also testified Wednesday he heard the accuser dry heaving, but only saw her throw up once, contradicting what the woman said Monday and Tuesday — that she had taken breaks from kissing him to vomit.

Dodd testified that he and the accuser were having sex in the apartment and the woman said, “I don’t know if we should be doing this on the first night.”

Hoppmeyer repeatedly asked Dodd whether he thought that meant “no,” and Dodd said he interpreted the statement only on its face.

Thomas Mooney, Dodd’s attorney, asked the defendant about detectives questioning him on Nov. 14, 2017. Mooney referenced a form that detectives gave Dodd before he was questioned that day. One of the questions on the form asked if Dodd wanted to make a statement to detectives without a lawyer. Dodd and Shepperd both testified Wednesday that Dodd had not checked a box indicating yes or no to the question, nor had he signed or initialed next to it.

Dodd said he didn’t answer it because he was “confused.” Despite that, detectives asked Dodd questions anyway, he testified. Dodd said that Shepperd and another female detective were “very nice.” But Dodd began crying as he recalled a third detective who questioned him, who Dodd said repeatedly told him, “C’mon, son” and “She said no” and brought his family into the conversation.

Two other witnesses were called by the defense Wednesday to testify about Dodd’s character. The first, Terry Gaddy, was a former pastor at a church that Dodd attended and was active in, and the second, Stephanie Lynn Lienemann, is a school counselor whose son played basketball with Dodd in high school.

Both said they thought highly of Dodd’s character. Prosecutors asked both if their perception of Dodd would change if the accuser’s testimony proved to be true, and each said that it would not change their opinion of Dodd.