James Holzhauer finally lost — and America did, too 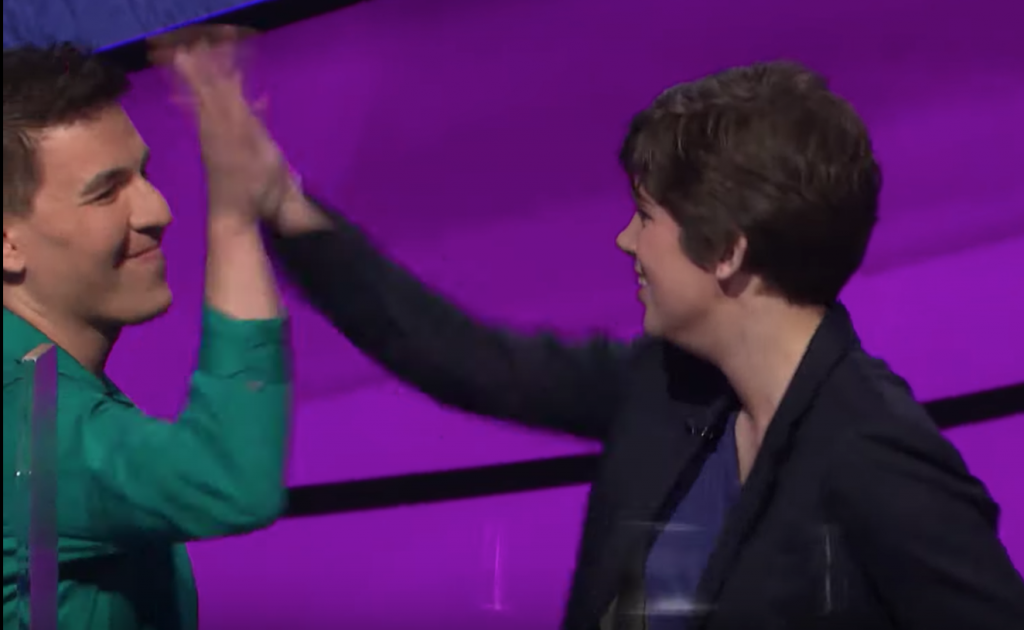 June 3, 2019 will forever be known as one of the darkest days in American history.

It was the day James Holzhauer — who had amassed well over $2 million in the preceding 32 days as champion of Jeopardy!, an institution as embedded in the fabric of American life as the Constitution or casual racism — lost.

He entered Monday’s game just about $60,000 away from shattering the show’s all-time winnings record, set in 2004 by Ken Jennings. He managed to do that in less than half the time Jennings did, mainly by averaging almost $77,000 a game.

His unstoppable force, however, ran into an immovable object. That object was Emma Boettcher: A librarian from Chicago who literally wrote a thesis on Jeopardy!. It’s like Slumdog Millionaire — but if absolutely no one was in any mortal danger and every character was a white person from Illinois and it was a different game show. Okay, maybe it wasn’t like Slumdog Millionaire, but you get the point.

As I wrote about in a previous article — one that Mr. Holzhauer inexplicably found, a fact I will never shut up about — James Holzhauer’s historic run mattered because it provided a narrative.

Of course, I don’t need a particular reason to watch Jeopardy!. I’ve been doing that pretty much every weekday since I was eight. But Holzhauer’s run — seeing him rack up tens of thousands effortlessly, and betting absurd amounts on Daily Doubles — transformed the show from a passive activity I enjoyed to appointment television. I needed to see how much money he’d make. I wanted to see who’d be foolhardy enough to take him down.

And America agreed with me. The show’s ratings flourished during his reign of terror. Our paper of record, the Washington Post, went from publishing opinion columns calling him a “menace” to telling its audience to “appreciate greatness” when he gathered steam. Even Tom Brady, seeing his iron grasp on the title of America’s most-hated men in jeopardy — yes, pun intended — chimed in.

But all good things must come to an end. An Alabama TV station that, for some unfathomable reason, runs Jeopardy! at 9:30 a.m., spoiled Holzhauer’s loss for the rest of us who watch the show at the far more demure time of 7:30 p.m. Conspiracy theories were rife.

But to his credit, the show’s onetime tyrant has been an incredibly gracious loser. Immediately after losing to Boettcher, he walked over to give her a high-five. Since then, he’s been nothing but a great sport on Twitter and a great fact-checker.

Now, Jeopardy James will hopefully go spend some time with his daughter. We’ll almost definitely see him at one of those kitschy Tournament of Champions that Jeopardy! loves to run, and he’ll probably be a fixture at Vegas Golden Knights games. But for a few fleeting weeks in 2019, James Holzhauer was the villain we needed — and the hero we deserved.