USM Board of Regents pledges to investigate UMD’s adenovirus response 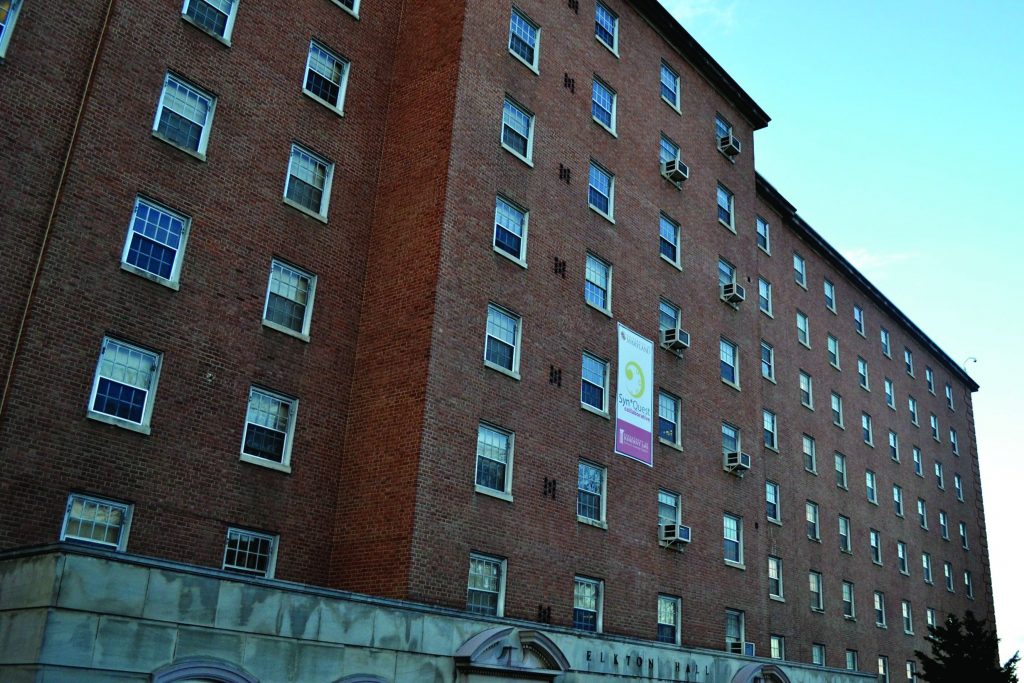 Elkton Hall, one of the dorms hit hardest by a mold outbreak last fall. It was home to Olivia Paregol, a freshman who died of a serious strain of adenovirus in November. (Alexis Jenkins / For the Diamondback)

Regents Chair Linda Gooden’s announcement came Friday, one day after Gov. Larry Hogan sent the board a letter calling for an independent review of the school’s handling of the outbreak and Paregol’s death, specifically.

“I know the board shares both in the Governor’s sympathy for the family and — given the many questions that continue to be raised — the need for a thorough review of the circumstances surrounding Olivia’s death,” Gooden said in a statement.

Attention to the adenovirus outbreak renewed in May following the Washington Post’s report that university officials had waited 18 days to inform students of the virus’ presence on the campus.

The university knew about the virus on Nov. 1 but waited more than two weeks to make an announcement. Officials considered telling students with compromised immune systems and those living in Elkton Hall — the dorm hardest hit by a fall mold outbreak — but had decided against it, the Post reported.

Paregol, who lived in Elkton Hall and had a compromised immune system due to medication she took for Crohn’s disease, died from complications of a severe strain of the virus Nov. 18. Paregol’s father, Ian Paregol, says his daughter may have received different treatments if her doctors had known she had been exposed to the virus sooner.

Ian Paregol has also said that mold in his daughter’s dorm may have contributed to her illness. While mold does not cause adenovirus, it can make the body more susceptible to viral infections.

The university has defended its response to the virus, maintaining that its actions were in line with Centers for Disease Control and Prevention protocol.

The investigation will mark the board’s third probe of this university in recent months.

After Maryland offensive lineman Jordan McNair died last June of heatstroke he suffered at a team workout,the university launched two investigations — one into the circumstances surrounding his death, and another into the broader culture of the football program. The board took control of both, sparking widespread criticism that it was overstepping its power.

The first investigation found that athletic trainers failed to recognize and properly treat McNair’s heatstroke — which has a 100 percent survival rate when treated with cold water immersion — while the second uncovered a culture of abuse within the football program, enabled by lacking oversight from the athletic department.

Gooden said the board had already been following the adenovirus situation closely, citing three briefings from university President Wallace Loh and his executive team since December. She added that Chancellor Robert Caret had taken steps to ensure the system’s universities reviewed policies and procedures for handling disease and environmental hazards.

Furthermore, Gooden said this university, as well as Towson, Frostburg and the University of Maryland, Baltimore County, has approved or already allocated additional more than $255 million to fund health and safety efforts in dorms.

The Paregol family filed a notice of claim under the Maryland Tort Claims Act on May 20 — the precursor to a lawsuit against the university. Ian Paregol told The Diamondback Thursday that he’s awaiting a response from the university to decide whether or not to proceed with the claim.