“A light wherever she went”: Olivia Paregol remembered for her fun-loving nature 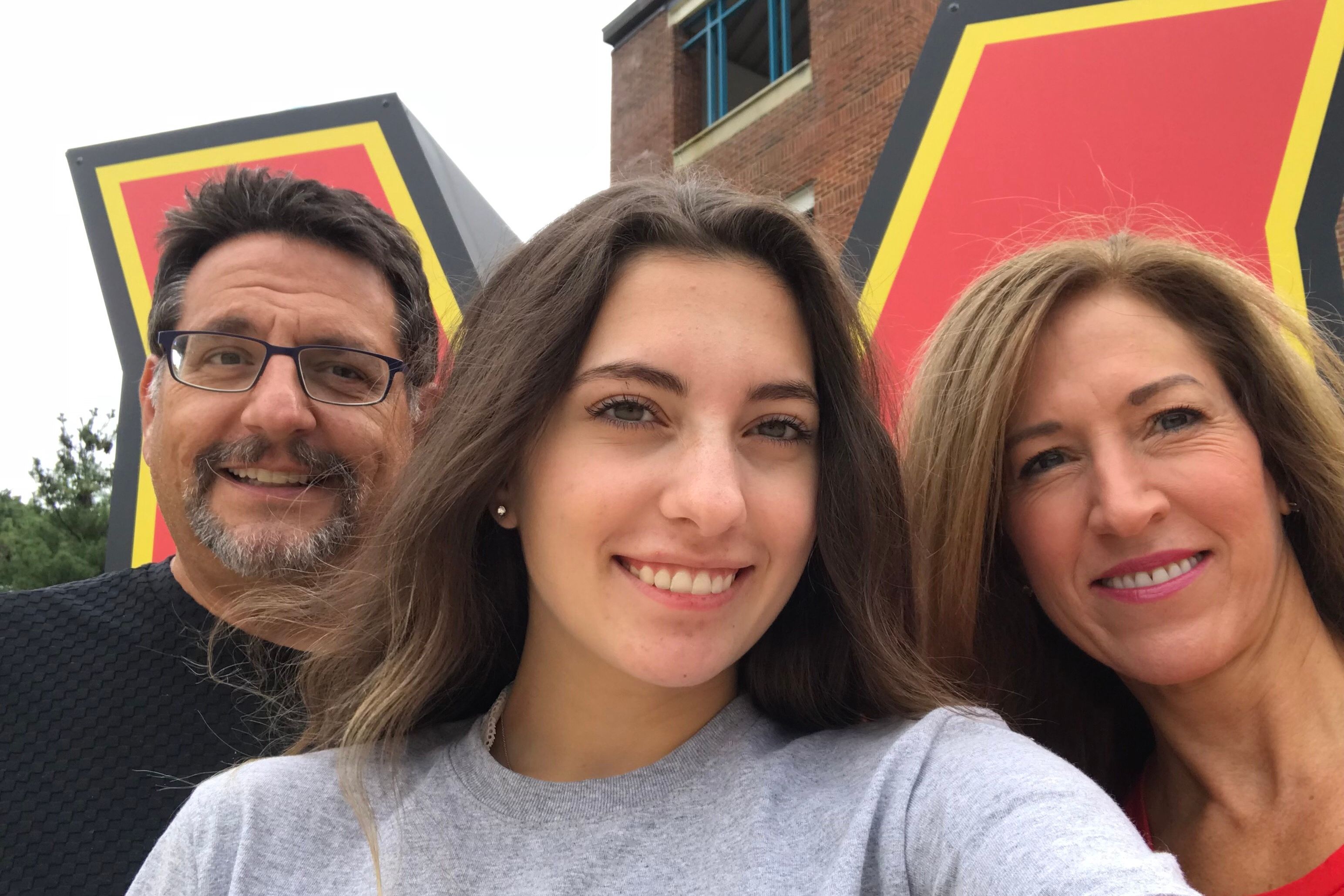 One October night in Elkton Hall, Olivia Paregol suggested to her friends that they watch a horror movie called Annabelle.

She didn’t look for long, though — when her friend David Aharon flicked on the supernatural, jump scare-filled film, she started averting her eyes.

“Whenever someone would catch her not watching, they would tell her to move her hands to look, to which she would giggle and insist that she was watching,” Aharon wrote in an email.

Friends and family members remembered Paregol — who died Nov. 18 after contracting pneumonia caused by a serious strain of adenovirus — as compassionate and ceaselessly optimistic.

Her father has expressed concerns that widespread mold in Elkton Hall may have contributed to her illness, although he said doctors haven’t found evidence to this effect yet.

Paregol always made the best out of any dilemma. So when the mold forced Elkton Hall residents to temporarily relocate to hotels across College Park, she helped her roommate Megan Sassaman stay positive.

They spent nights in their hotel room making ramen, applying face masks and doing card tricks, Sassaman said. Their stay is one of her fondest memories from college so far.

“[Olivia] always knew how to make light of situations and make everyone laugh,” she wrote in an email.

Sassaman, a freshman enrolled in letters and sciences, met Paregol on move-in day this past August. Sassaman remembers feeling nervous since she didn’t know anyone on campus at the time, but Paregol, a freshman criminology and criminal justice major, happily introduced her to many new friends and included her in social gatherings.

“Olivia was the type of person to make friends regardless of where she was and who she was with,” she wrote. “She had a big heart and an indescribable sense of humor.”

Freshman marketing major Sarah Hauk said Paregol was fond of kind gestures like leaving messages for her friends, and giving them printed pages from coloring books that she’d colored herself.

“She liked to put [the pages] on people’s doors and just leave it for them,” she said. “It’s not something everybody does, but everybody knew it was her thing and enjoyed being around her.”

“When the dining hall would mess up the noodles, she would be like, ‘Oh my God, they did it again. That’s cavatappi,’” said Hauk.

Paregol’s family have received numerous letters and messages of support on social media in the week following her death.

The notes made her father, Ian Paregol, tear up as he recognized how much his daughter meant to others.

“We’ve received notes from so many kids that we don’t even know, that she had contact with along the way,” he said. “It makes me cry knowing that this little 18-year-old girl had such a long-lasting impact.”

Olivia’s mother, Meg Paregol, said she was “funny, vibrant, fun-loving, free-spirited and a light wherever she went.”

“If we were sitting inside and it was raining one day, she would just make up games and things you would never think of,” Whelan said. “She kind of still had this wonderful thing about her that made everything fun — like a kid would — that I feel like a lot of us lose.”

Olivia’s brother Evan, a junior bioengineering major at the University of Pennsylvania, recounted similar experiences with her during long family road trips, during which she was often squeezed between her two siblings in the family’s small Prius.

“We would invent games to play or come up with stories to pass the time during these trips. … Once we arrived at our destination, we would look for paintings, statues, and other artwork, and we mimicked the poses of their subjects,” he said in a message. “Our family really is incomplete without Olivia.”

Freshman Humza Mohiuddin said spending time with her was the highlight of his college experience so far.

“Whatever it was — eating or just chilling — she was always a light in your environment and nothing will ever replace that,” he wrote in an email. “It’ll be hard without her and we will all miss her a lot.”

“It’s telling that everyone says, ‘This is my best friend,’” he said.