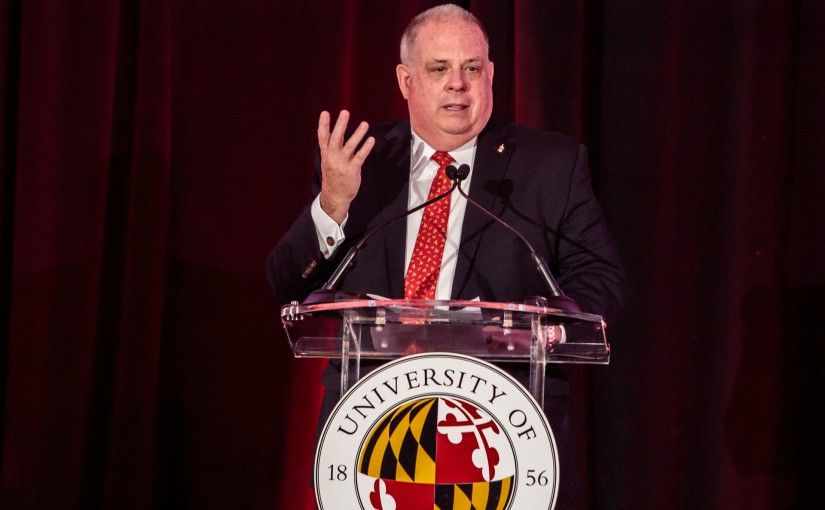 Gov. Larry Hogan has asked the University System of Maryland Board of Regents to investigate the handling of an adenovirus outbreak on the University of Maryland’s campus that killed freshman Olivia Paregol and left more than 40 students ill ahead of the spring 2019 semester.

In a letter sent to the board on Thursday, Hogan called for the investigation to commence immediately and cover the “events surrounding the outbreak of adenovirus” and the handling of Paregol’s death, specifically.

The Washington Post reported earlier this month that university officials waited 18 days after finding out Nov. 1 the virus was present on the campus to tell students. Officials reportedly considered telling students who had compromised immune systems and those living in Elkton Hall — the dorm that had faced the brunt of a mold outbreak — but decided against it.

Paregol, who lived in Elkton Hall and whose immune system was weakened by medication she took for Crohn’s disease, died from complications of a severe strain of the virus on Nov. 18. Paregol’s father, Ian Paregol, says his daughter’s treatment leading up to her death could have been different if her doctors had known earlier she had been exposed to the virus.

“The Paregol family’s grief has been considerably worsened by the lack of urgency — and lack of transparency — shown by university officials before and after Olivia’s death,” Hogan wrote to the board on Thursday. “There are serious questions about how this happened, and the families who entrust their children to your care deserve your assurance that they will receive answers.”

In a statement, university spokesperson Katie Lawson wrote that the university “remains committed to transparency,” and reiterated the administration’s response to the outbreak matched the recommendations of medical experts.

“We will continue to be forthcoming and accessible and will work closely with the Board and the Governor’s office to provide information and understanding about our actions and close coordination with State and County health officials, and the [Centers for Disease Control and Prevention],” the statement read. “We continue to think of the Paregol family at this time.”

In his letter, Hogan referenced the death of football player Jordan McNair, who suffered fatal heatstroke at a May team workout. This university was harshly criticized for the treatment it provided McNair during his last practice.

Hogan wrote that he is “deeply concerned” the university learned nothing from McNair’s death.

“It appears that, at just about every turn, leaders withheld information instead of being open and honest with the student body,” Hogan wrote to the board. “The circumstances surrounding the death of Olivia Paregol deserve to be investigated with the same intensity and purposefulness that the Regents devoted to the passing of Mr. McNair.”

Last year, the board — which oversees financial and administrative decisions for its 12 member institutions, including this university — oversaw two investigations into McNair’s death.

One investigation found trainers failed to diagnose and treat McNair’s symptoms after he fell ill of heatstroke at a team workout. The second found a lack of oversight from this university’s administration allowed an abusive culture to take root in the football program.

A similar investigation into the handling of communication regarding the spread of adenovirus would “provide the context and facts needed to move forward,” Hogan wrote. He urged the board to “take swift action” if any officials are found to have been negligent and asked that the findings of the review be made public.

University officials have defended their response to the outbreak. University Health Center director David McBride told the Post that the university’s response followed CDC guidelines, which university President Wallace Loh reasserted in a campuswide email May 16.

Ian Paregol told The Diamondback he welcomed Hogan’s call for an investigation.

“We are very thankful for Governor Hogan’s involvement,” Ian Paregol said. “We’re hopeful that it’ll be a truly independent investigation — not just one that’s orchestrated by the Board of Regents, but one that’ll have some truly independent analysis.”

On May 20, the Paregol family filed a notice of claim under the Maryland Tort Claims Act, the precursor to a lawsuit against the university. He said Thursday he is awaiting a response from the university to decide whether or not to proceed with the claim.

“We’re doing this for the families and for the students,” Paregol said. “We see it as that the leadership of this university has demonstrated a reckless pattern of a lack of concern for the safety of students and the staff.”