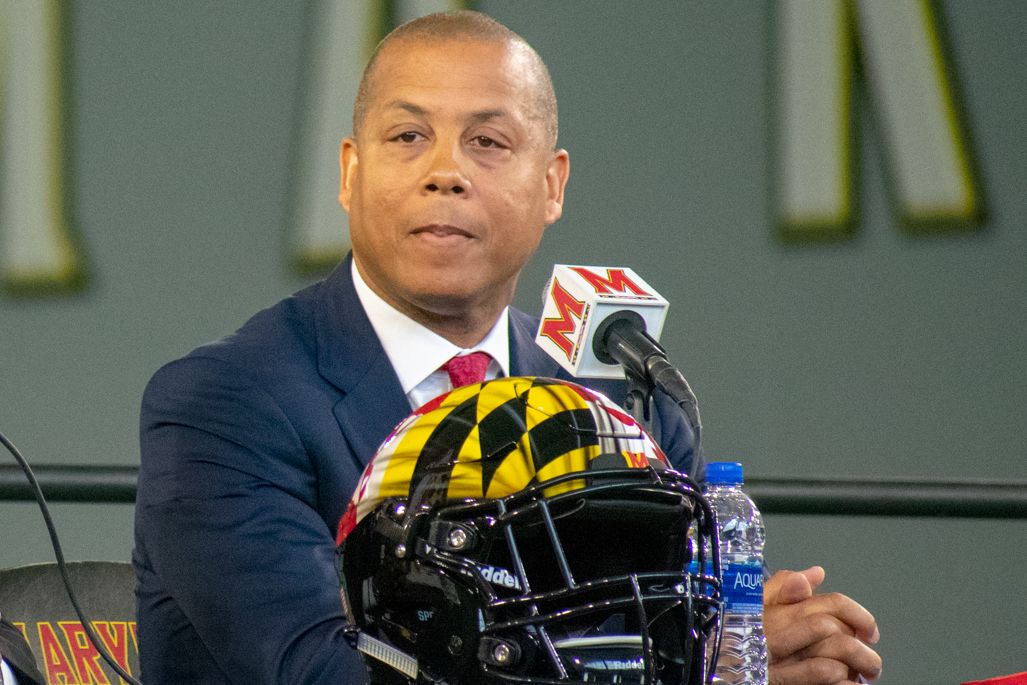 Nearly one year after Maryland football player Jordan McNair suffered fatal heatstroke at a team workout, the university announced a national search for a new head team physician, who will work under the University Health Center rather than the University of Maryland’s medical school in Baltimore.

The search and transition to the new health care model, announced in a teleconference Thursday, will mark the completion of the last of 20 recommendations outlined in a report by Rod Walters, a sports medicine consultant. Walters’ report aimed to investigate McNair’s death and address necessary changes.

The team physician will report to the head of the University Health Center, then the student affairs vice president, and ultimately to the university president. During the search, which athletic director Damon Evans said could “take some time,” the current athletic training staff will continue the current model and be supervised and licensed by the team physician, from the University of Maryland School of Medicine.

Once the new head team physician is hired, athletic trainers will also be employed under the health center. Valerie Cothran, the current football team physician — who is on staff at the school of medicine — will remain in her position until a full-time employee in College Park is hired, a university spokesperson wrote in a message.

The head team physician position coordinates with physicians from all sports at the university. Cothran did not immediately respond to a request for comment.

Evans also said the nutritionists and mental health practitioners will be moved outside the athletic department’s domain and become a part of the University Health Center.

The University Health Center has recently come under fire for its communication regarding the spread of adenovirus on campus in the fall. Though the heath center had been aware of the virus’ presence at this university since Nov. 1, officials waited 18 days to inform the campus — one day after freshman Olivia Paregol died from complications of the virus. On Monday, her family took steps to sue the school for its response to the virus and an outbreak of mold on the campus.

In 2017, university President Wallace Loh rejected a proposal from then-athletic director Kevin Anderson, which proposed that athletic trainers should report outside of this university to the University of Maryland School of Medicine. Loh turned it down before because didn’t want other institutions making medical personnel choices, the Washington Post reported.

On Thursday, Walters said he didn’t believe Loh had enough information for the move at that time.

“Our recommendation was to make this a College Park-based program,” Walters said. “Consultants are one thing, but day-to-day care, we wanted to make sure there was some locality with that. … We just felt like part of it was, moving forward, going to be much more efficient if it was in College Park and outside the athletics department.”

An eight-person task force investigating the football program’s culture released a report in October that found that former strength and conditioning coach Rick Court was abusive and “effectively accountable to no one” due to communication breakdowns within the athletic department.

“As athletics departments are moving forward, I do have to say this is going to be a trend,” said Matt Leiszler, a football team physician from Notre Dame, who was part of the medical review board. “It is a little bit unique at this point. It’s still going to serve the University of Maryland extremely well and it’s going to improve and really continue the excellent care for the student athletes at the University of Maryland which is the priority.”

The Walters’ initial report provided the most complete timeline of the May 29 workout, and it highlighted the missteps taken by Maryland’s athletic trainers. Athletic trainers recognized the severity of McNair’s condition too late and did not treat it properly once they did, according to the report.

Athletic training staff did not implement cold water immersion, which has a 100 percent success rate in preventing fatalities from heatstroke when implemented quickly. Walters cited how the training staff are “not large people” and they were concerned about McNair’s safety in an ice bath. Instead, they administered ice packs to his groin and armpits and cold towels to his back, which did not sufficiently lower McNair’s temperature.

When McNair arrived at Washington Adventist Hospital in Takoma Park, his body temperature was 106 degrees. Trainers hadn’t called 911 until more than an hour after the onset of his symptoms. He received a liver transplant, but died June 13.

“Most important to me and to us as an institution is that we get this right moving forward,” Evans said.