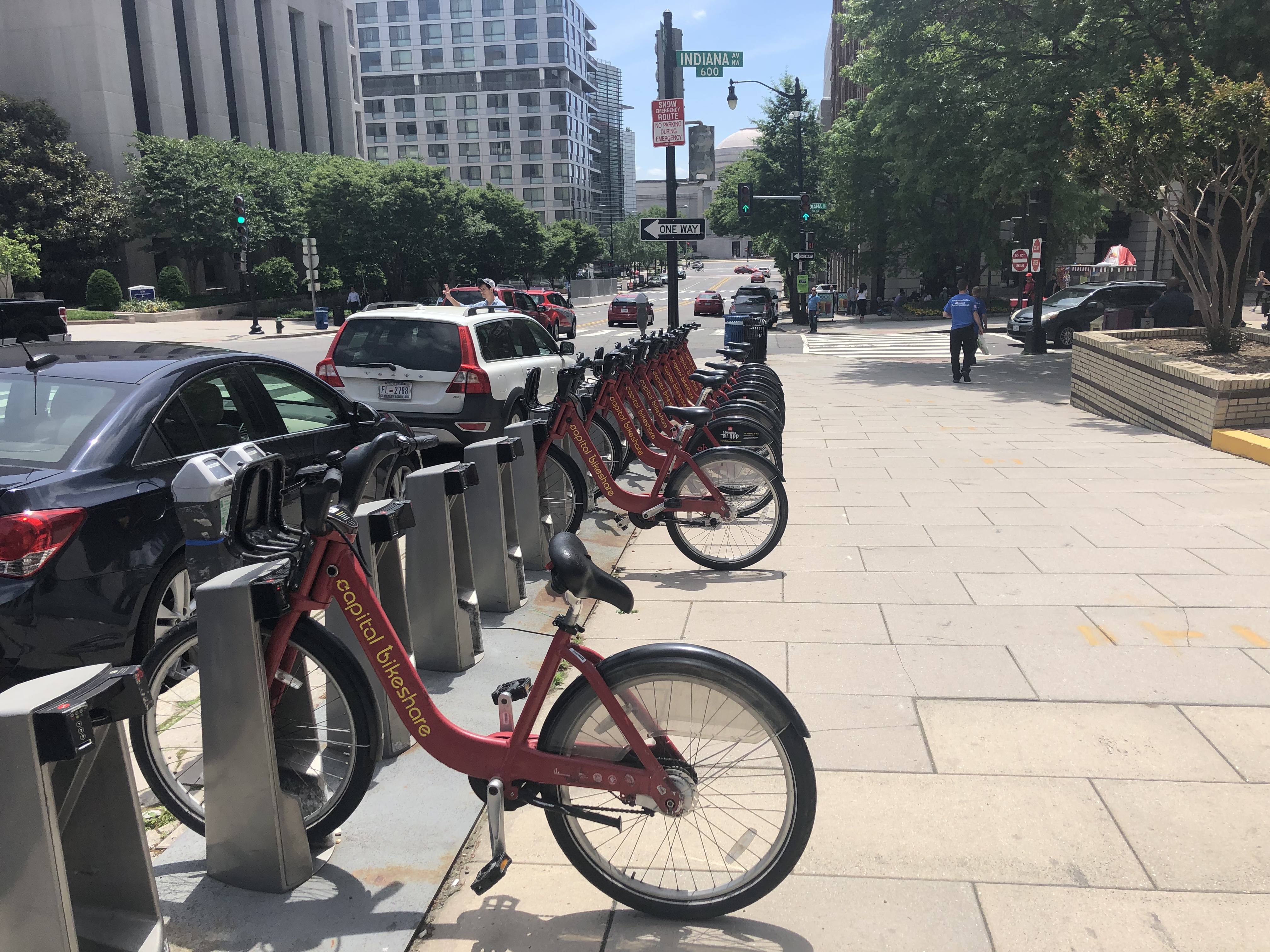 By Samantha Hawkins
For The Diamondback

Starting this fall, College Park will be a little more connected to Washington, D.C.

The red bikes will be found at The Hotel at the University of Maryland, the College Park Metro Station and near College Park Bicycles at the intersection of Route 1 and Calvert Road.

With five new stations in Hyattsville, Capital Bikeshare will continue its expansion into the county with three more Hyattsville stations planned for this summer, and five Greenbelt stations set to open in the summer of 2020.

Paulette Jones, a spokesperson for the company’s public works and transportation department, said the new locations along Route 1 were picked because of their proximity to bike trails, schools and Metro stations.

“We want to continue to provide connectivity to the biking community throughout the northern areas of Prince George’s County,” Jones said.

Andrew Morris, a senior geographical sciences major, said he has used Capital Bikeshare in the past in Washington, but has been a Zagster mBike member in College Park for the past two years.

Morris said mBike has been pretty functional for him, but added there aren’t enough stations, and they’re often in inconvenient locations.

“It’s about time,” Morris said, when he heard about the new stations. “I’m glad there will be a cohesive bike-share system across the DMV.”

MBike is the competing bike-share system this university uses, with stations on campus as well as in College Park and University Park. During the week of May 19, mBike will move to a new dockless bike-share program, meaning students can leave the bikes at any public bike rack, not just the bike-share station. To limit cluttering on the sidewalks, users will be fined $2 if they leave the bike somewhere else.

James Radka, who has used mBike, said it will be great to have Capital Bikeshare locations connecting College Park to the rest of the D.C. area, but he probably wouldn’t use it unless it were similarly priced to mBike.

“MBike was pretty spot on with what we needed,” said Radka, a freshman enrolled in letters and sciences. “Capital Bikeshare adds up pretty quickly.”

MBike costs students $30 for an annual membership, and it allows them to ride for the first hour for free before incurring a $3-per-hour charge. Capital Bikeshare costs $85 annually and lets users ride for 30 minutes before they start getting charged, according to the company’s website.

Capital Bikeshare stations will not be located on campus, like mBike, but users will be able to bike to Washington, D.C., without owning their own bike or racking up charges with Zagster.

University officials and local bike shop owners said they are excited about the expansion of Capital Bikeshare.

Cara Fleck Plewinski, a Department of Transportation Services spokesperson, wrote in an email that Capital Bikeshare will only complement mBike and enhance the biking network. Proteus Bicycle manager Paul Lemieux said he supports anything that gets people into cycling.

“It may take some business away,” Lemieux said. “But if it gives more people an opportunity to ride bikes, I’m all for it.”

Mayor Patrick Wojahn said he is also looking forward to the new stations.

“The more opportunities people have to get around College Park the better,” Wojahn said. “And it will be great to connect our region to the rest of the D.C. area.”