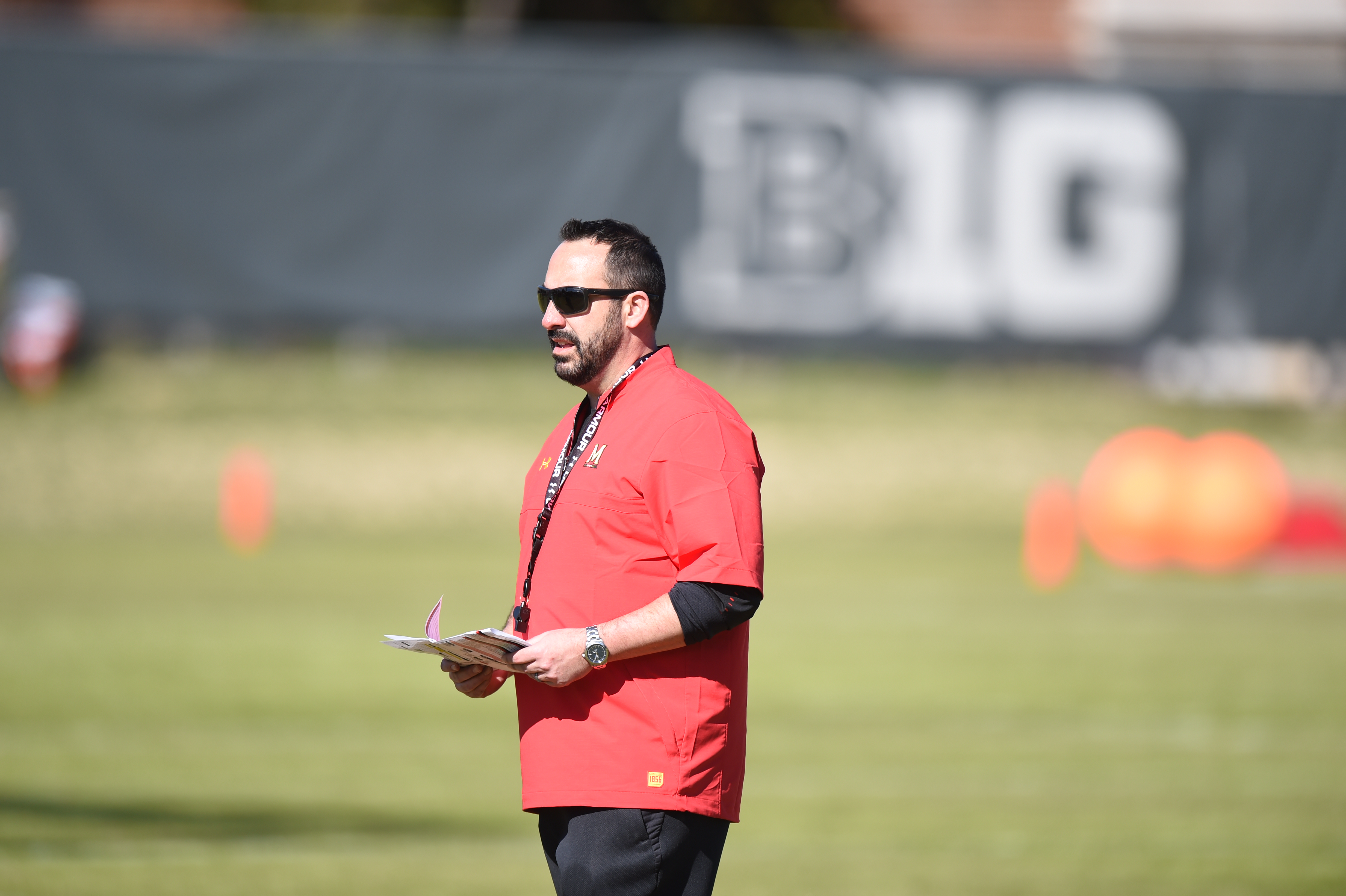 As the rumors began to solidify into concrete plans, an idea formed in John Papuchis’ mind.

Papuchis, a Gaithersburg native who was most recently North Carolina’s defensive coordinator, had watched Mike Locksley earn the Broyles Award — given to college football’s best assistant coach — during his latest national championship run with Alabama. And as signs pointed toward a potential homecoming with Maryland football for Locksley, Papuchis preemptively reached out — and asked others to do so on his behalf, too.

He was sure Locksley’s recruiting prowess and leadership could ignite a turnaround in College Park for a program that, since moving to the Big Ten, has both stalled and been embroiled in controversy. Papuchis, who watched games from the bleachers inside Maryland Stadium as a kid, was eager to be a part of the rebuild.

After Papuchis reached out — and had local high school coaches and former collegiate colleagues do the same — Locksley was convinced of the 41-year-old’s own connections and coaching ability, setting up a homecoming of Papuchis’ own. And now, as the Terps’ special teams coordinator and inside linebackers coach, Papuchis has brought his barnstorming career back to where his passion for the sport began.

“It is a little surreal, whether it’s driving through Campus Drive and seeing the big ‘M’, or when we went out into the stadium for the first time,” Papuchis said. “Just to be like, ‘Man, I am home.’ And now I get to do what I love to do, but do it for the team I grew up a fan of. That opportunity doesn’t come up all the time.”

Papuchis inherits a special teams unit in flux following the departure of running back Ty Johnson, who had a knack for breaking free on kickoff returns, and punter Wade Lees, who announced Thursday his graduate transfer to UCLA.

Papuchis served as special teams coordinator at Nebraska under coach Bo Pelini before finishing his time there as a defensive coordinator. Papuchis was on Larry Fedora’s staff with the Tar Heels from 2015 to 2018, and also worked with Gene Chizik, who led Auburn to a national championship. His connections with such esteemed coaches helped sway Locksley in Papuchis’ direction.

“If you look at his pedigree, he’s been under Bo Pelini, who’s one of the more well-respected defensive minds in football. That’s where he kind of cut his teeth,” Locksley said. “Gene couldn’t say enough good things about the type of coach that John is.”

Papuchis believes Locksley could be a difference-maker in Maryland’s recruiting efforts, keeping top-level talent local rather than having them poached by other Power Five programs. His belief in Locksley was one of the main reasons he reached out to him in the first place.

“We have a natural built-in recruiting base. … If we keep our guys at home, the sky’s the limit for what this program can be,” Papuchis said. “We’ve got to make it cool for people to say, ‘Hey, I’m going to Maryland.’ And when that happens, then watch out, because I really think we can build something really special.”

When Papuchis first ran out on the Maryland Stadium field for a scrimmage in mid-April, he harkened back to an earlier time, when he soaked in the action of his favorite college team from the stands instead of the sideline.

He hadn’t coached against the Terps since beginning as a graduate assistant in 2001 at Kansas. Now back in College Park as a member of Locksley’s staff, Papuchis hopes to be a key part of turning around a middling Big Ten team, making all the phone calls to Locksley worth it.

“As a little kid, you never really think that one day you’re going to be out there doing your profession and doing what you love to do,” Papuchis said. “You dream about it, but when those opportunities present themselves, it’s pretty neat.”