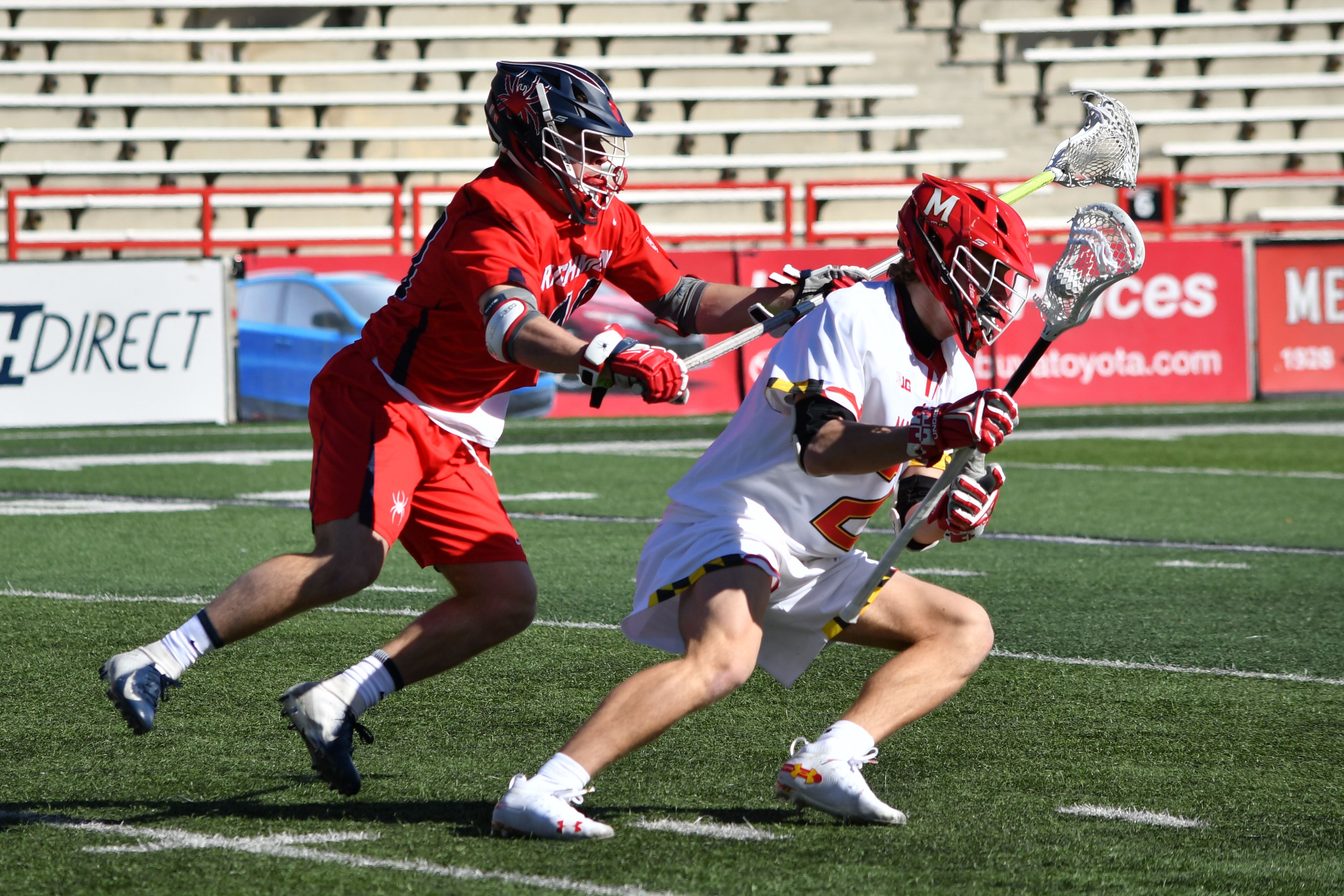 As is often the case under coach John Tillman, the Maryland men’s lacrosse team didn’t gather Sunday night for a watch party to learn its NCAA tournament fate. Instead, a few players convened on their own to view the selection show.

While the Selection Sunday routine was familiar, the tension was significantly higher than in previous years when the Terps had all but locked in a spot in the tournament. With Maryland teetering on the edge of the field after back-to-back losses to Johns Hopkins, the coaches and players had to anxiously wait to see if they would be included.

Though the waiting game ended with the announcement of a Terps’ road matchup against Towson, the unfamiliar situation soon gave way to the realization that Maryland would be entering the NCAA tournament with an unfamiliar label: underdog.

“It was weird just sitting there, like, wondering if we’re actually going to make the tournament,” midfielder Bubba Fairman said. “It was really eye-opening and it allowed us to kinda like sit back and realize what we need to do to be better going forward.”

[Read more: With a Maryland flag in hand, men’s lacrosse is reminded of its state pride each game]

Before the two losses from the Blue Jays to close out the season, the Terps had not dropped below No. 7 in the Inside Lacrosse media poll this season. The late tailspin dropped them to No. 11, ending their chances of hosting a first-round tournament game. And the slump nearly extinguished the squad’s chances of earning an at-large bid all together.

With the recent struggles, Tillman stressed the importance of his squad having an unseeded team’s mindset while on the road for the first round if it wants to be in contention for a national championship.

“We’ve got to understand, for us to win and pull off an upset, we’ve got to have an underdog mentality and have a little chip on our shoulder,” Tillman said Sunday after the selection. “And realize that they’re the favorite. We’re not, and we’ve got to go out there and execute.”

Tillman’s teams have rarely entered postseason play without being the favorites in their opening games. In its last six tournament appearances, Maryland hosted its first-round matchup. But the ninth-year coach does have experience playing the first round on the road and embracing the underdog mindset.

In Tillman’s first two seasons at the helm, 2011 and 2012, his squads traveled to open the tournament — and won both games. Both seasons ultimately ended with an appearance in the national championship game.

Assistant coach Jesse Bernhardt is helping to reinforce how important it is for this year’s team to lean into that mentality. Bernhardt played as a long-stick midfielder on the 2011 and 2012 squads.

“Most Maryland teams I’ve been around, when you have that chip and little underdog mindset, I think it can be healthy,” Tillman said. “You just play with a little more edge, maybe a sense of urgency.”

This Maryland team’s pursuit of a similar path starts Sunday against Towson — a team that finished 11-4 and took home the CAA conference title.

In the days leading up to Sunday’s game, alumni from the 2017 national championship team, including former attackmen Matt Rambo and Colin Heacock, have visited practice to offer insight and advice going into postseason play.

That guidance, coupled with Tillman’s experience in pushing dark-horse teams to outplay their underdog labels, has the team confident it can get back to its dominant ways.

“We’ve been fortunate enough for all the players that have come before us to kind of set the precedent on how to play. But for us, we’ve kind of just gotten away from that,” Fairman said. “And now we are the underdog because of that. So, I think we just need to get back to playing like Terps.”