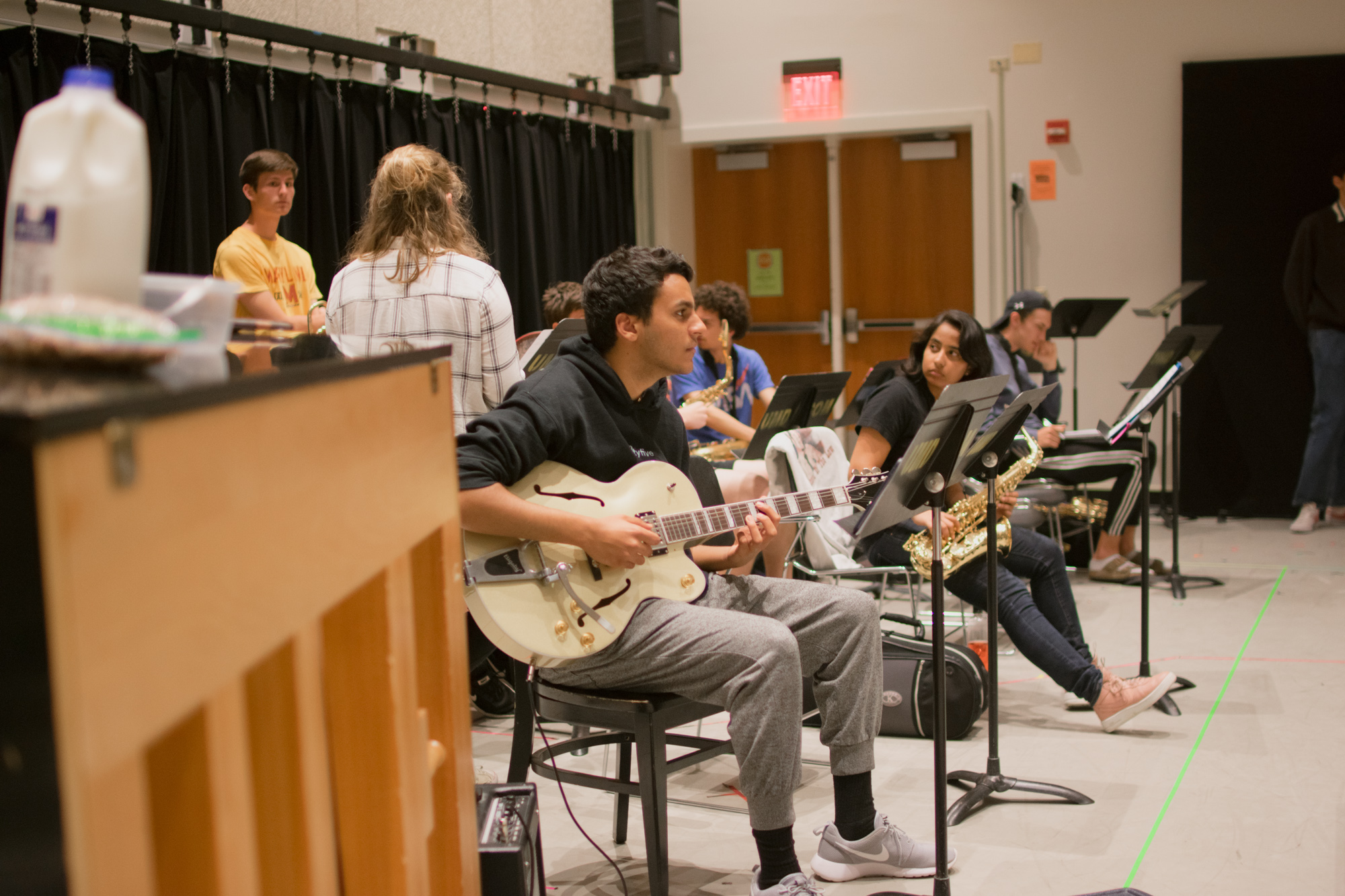 The University of Maryland welcomed a new student-produced night show Monday night, as the cast of Maryland Night Live attracted a crowd of peers that packed STAMP’s Colony Ballroom.

The Saturday Night Live-esque show had roughly a month to cast, write, rehearse and produce the event. It became one of the biggest productions that the campus’ comedy community has ever created.

“I thought it was really impressive,” said Michelle Gomes, a senior psychology major who attended the event. Gomes said it “definitely had more production value” than other campus comedy acts.

Lilly Moki, a junior theatre major who was a part of the cast, said they didn’t hesitate to identify what wasn’t working during rehearsals so they could quickly come up with solutions: “We really rolled with the punches.”

The crowd was filled with friends and comedy lovers who had wild energy. Despite the stuffy heat of the Colony Ballroom, they exuded their support to the cast. MNL host Sammy Garcia, a sophomore supply chain management major, matched the crowd’s upbeat vibe — and his strong introduction allowed the rest of the cast to ride the momentum.

“A lot of [the production] was adrenaline and head rush,” Moki said, adding she thoroughly enjoyed collaborating with high-energy comedians across campus.

MNL mirrored many of the signature elements of its award-winning muse but featured unique campus-centered twists. Instead of SNL’s iconic opening credits that take viewers around New York City, the MNL opener took audience members around College Park. Cast members could be found swimming in the fountain or picking the cheese off a Pizza Kingdom slice.

Many of the segments made the show unique to this university, including jokes about Testudo, university President Wallace Loh and how McKeldin Library is like The Twilight Zone after 9:30 p.m. SNL’s “Weekend Update” was mirrored by a newscast titled “UMD Alerts.”

“I thought it was a good college version,” said Priya Koushika, a junior psychology major who watched the show.

And the cast was fully committed to its craft — Joey Barber, a senior American studies major, even ate Oreos and mustard in one of the last segments in the name of comedy.

The team also took advantage of the live audience in a way SNL typically does not — they included interactive elements, like the audience participating and singing along with Garcia in the opening.

Since many college comedy productions have a cynical flair, the uniquely positive moments of MNL stood out. John Hedrick, a senior psychology major, performed as the last stand-up comedian near the end of the show. He concluded his bit with a dose of commiseration, reminding the audience that everyone is scared of future, post-diploma life.

As a collaboration of artists from many comedy groups on campus, MNL was a unique community product — and the group is already gearing up for the next semester.

CORRECTION: Due to a reporting error, a previous version of this article misspelled Benny Roman’s name. This article has been updated.