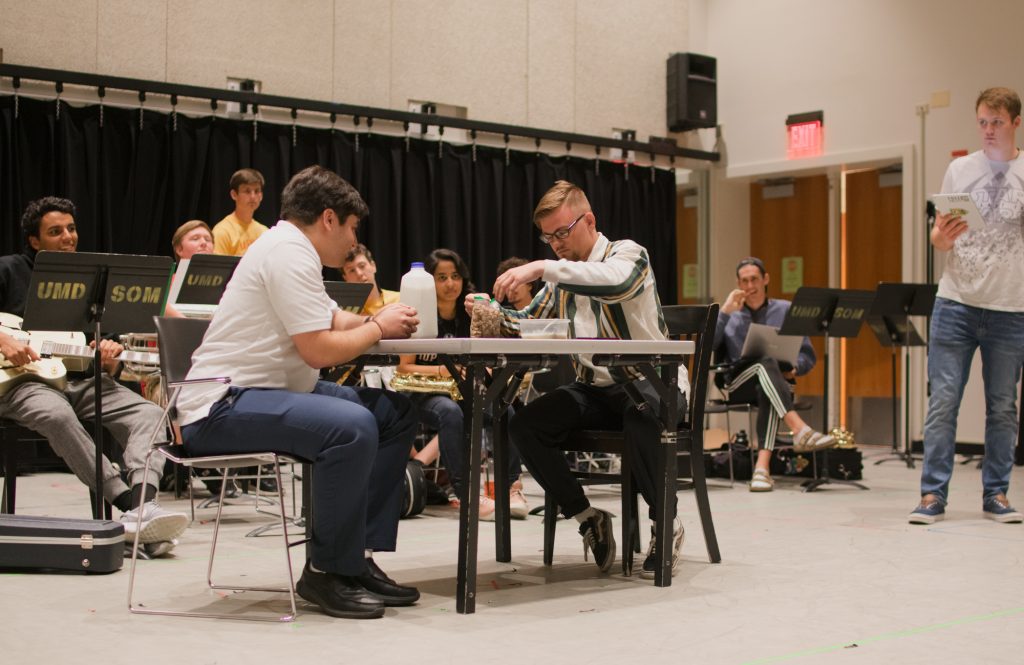 A group of University of Maryland students came together to put on a Saturday Night Live-inspired comedy show, poking fun at student life on our campus, aptly titled Maryland Night Live.

The sketch comedy production will air on Monday after 40 days worth of hard work. Their “UMD Alerts” segment is a play on SNL’s “Weekend Update.” Some skits will focus on niche interests at this university, such as Kermit the Frog and Harry Potter.

The talented group behind Monday’s show include student writers, comedians, producers and other performers.

MNL was co-founded by sophomore supply chain management major Sammy Garcia, who will host the show, and junior government and politics major Cliff Walker Green, who will direct it. Inspired by their connections to improv groups at this university, the pair brainstormed numerous ideas for the show after spring break.

[Read more: UMD doesn’t deserve something as good as The Co-op]

“We noticed that all the different comedy groups here…didn’t really interact much outside of a couple joint shows a semester and we wanted to bring [them] all together,” said Walker Green. “So, we figured what better way to do it than this one show.”

Stand-up performers were required to submit a video of themselves doing stand-up as a prescreen, and some were selected for an in-person audition. Garcia said they watched 60 sketches but only selected 10.

“These people are some of the funniest people I’ve ever met,” Garcia said. “I really think they can do something after this, they can do comedy after this… We just choose the best of the best.”

Even though the event is currently a one-time production with funding from Student Entertainment Events, Garcia hopes it will transform into a full-blown student organization in the future.

The cast and production team members said they’re incredibly proud of the show they’re going to put on.

“I think this is going to be one of the greatest events the campus has ever seen,” Garcia said.