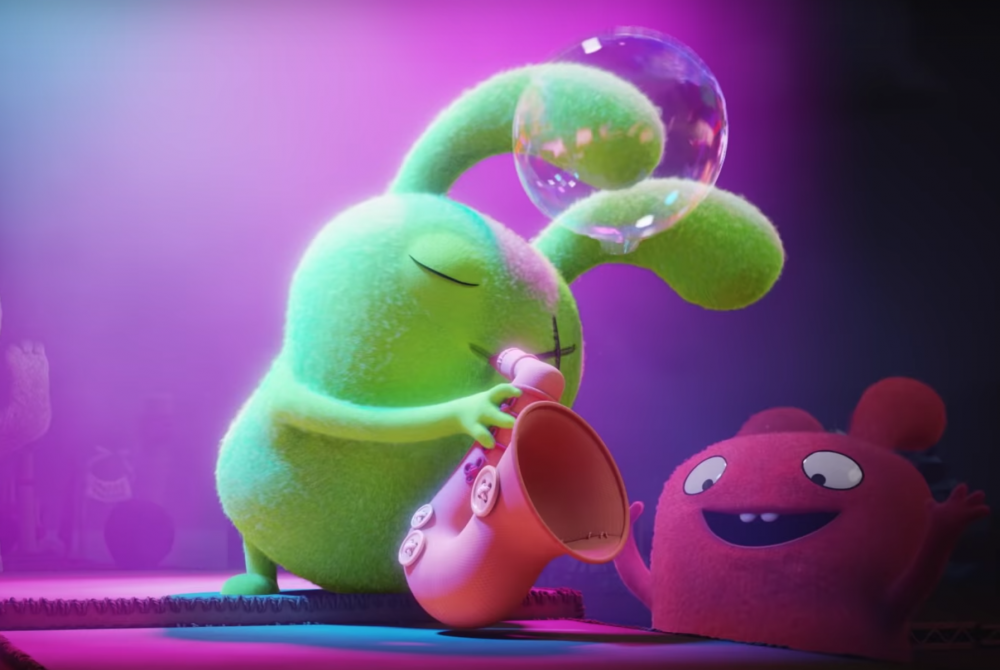 One day soon, you’ll find yourself sitting in a movie theater on a Wednesday night, watching UglyDolls while children scream around you, and you’ll wonder what you’re doing here.

Okay, maybe not literally. But you’ll have your moment. It’ll hit hard. What am I possibly supposed to write about this? You’ll wonder, as you check your watch to see when it will finally be over.

UglyDolls is about being yourself — learning that you don’t need to conform to be loved. Your differences are what make you special. This manifests in the titular toys’ desire to leave the factory and match with a child who will love them.

This, of course, is a great message. It’s one to pass down to your kids, if you have them. But it’s not a film you’ll enjoy as an adult. Granted, every once in a while, I did find myself chuckling along with the sleep-deprived parents.

Trying to review UglyDolls is like trying to review an episode of Barney. The movie’s fulfilled the requirements for its target demographic, but definitely not for the parents forced to watch alongside their children.

The animation is simply unimaginative. The songs don’t stick. There’s nothing original about the script or the story. I think the writers were going for a Trolls-esque vibe, using bright backgrounds and characters and endlessly cheerful songs contrasted with a sad reprise, but they ended up closer to The Emoji Movie with a stupidly simple plot line and characters with no soul.

The cast is full of A-list pop stars, but the music is heavily Auto-Tuned and doesn’t match the characters’ personalities at all — even though I would die for Janelle Monáe. You have to deal with Pitbull as an ugly dog named Uglydog trying to pick up every human girl doll throughout the movie. You also have to deal with Blake Shelton and his country accent as the bunny mayor of Uglyville.

UglyDolls is solidly okay. The technique they went for seems to be filling the screen with an extreme close-up of the face of whatever character is currently talking. Some of the shots are randomly in GoPro style.

In addition to the animation, the plot lines bounce all over the place. Every few minutes there’s another conflict, which is solved as quickly as it’s introduced. The most interesting part is when all the dolls in Uglyville develop major depression and the town goes into a recession. But again, this only lasts a couple of minutes before the plot line changes to a Toy Story-esque scene where the toys are headed towards an incinerator. This, again, is resolved in about 2 minutes.

The bad guy, Lou — voiced by Nick Jonas — looks like the wannabe dentist, Hermey, from Rudolph the Red-Nosed Reindeer. At one point he kicks a freaky, robotic baby in the face.

By the end of the movie it seems like the main conflict is gone, and the dolls instead just want to live peacefully in their factory — which is sort of what they were already doing in the first place.

I think the UglyDolls toys are cute. And, sure, the movie has a good message for kids, but it doesn’t fall into the category of kids’ cartoon musicals that are also entertaining for adults. The last thing you’ll want is to listen to the boring soundtrack on repeat.