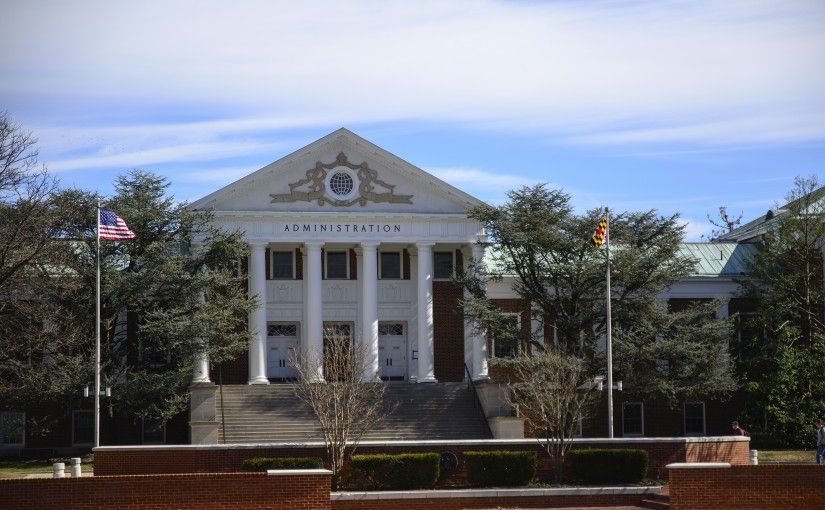 The Main Administration Building at the bottom of McKeldin Mall. (Josh Loock/The Diamondback)

The University of Maryland released the final results of its campus climate survey Wednesday, highlighting feelings of marginalization among minorities and divisions between students and administrators.

The survey, which included 7,027 respondents, aimed to measure student, faculty and staff perceptions of diversity and equity on the campus. It was initially distributed to over 50,000 members of the university community.

About 80 percent of respondents reported they felt the campus climate was more positive than negative, according to a report of the results authored by outside consultant Jennifer Hubbard. But a “disproportionate number reported experiences of feeling marginalized and detached” — mostly people of color, women, non-binary people, LGBTQ people and people with disabilities.

“I don’t want people to hear that the majority of people are having good experiences, and say, ‘that’s a win,’” interim Chief Diversity Officer Cynthia Edmunds said. “We have to listen to the multiple voices — particularly those who are not feeling engaged, who feel isolated, who feel marginalized.”

Black students made up just 7.3 percent of this year’s freshman class — the lowest proportion they have since the Institutional Research, Planning and Assessment office began collecting data in 1992.

The results also identified members of underrepresented communities as the most likely to advocate for diversity.

The university released a preliminary version of the survey’s findings in May 2018. Though the final 311-page report — which includes more in-depth data — was delivered to administrators in December, Edmunds said the Office of Diversity and Inclusion spent the semester analyzing its content with campus leaders and figuring out how to present it to the community.

“I did not want to just send it out as soon as I got it, and then try to take the time that I knew was responsibly required of me to really understand the content,” Edmunds said. “I couldn’t do that, alongside everyone else receiving it and trying to do the same thing.”

The Institutional Research, Planning and Assessment office compiled the data into their online system, launching an interactive tool Wednesday to view graphs of the results.

In addition to highlighting detachment and anxiety in underrepresented groups, the results point to a disparity between students’ and administrators’ views of the campus.

The survey also showed that students, faculty and staff “did not agree that hate speech is a protected First Amendment right,” while senior administrators believed it was.

Among those who said they’d experienced “offensive, hostile, inappropriate, or biased conduct” at this university, racial bias was the most frequently reported at 12.5 percent.

The university announced the survey after the killing of 2nd Lt. Richard Collins on the campus. Collins, a black Bowie State University student, was fatally stabbed while waiting for an Uber near Montgomery Hall in May 2017. Sean Urbanski — a white former student of this university — is awaiting trial on murder and hate crime charges in Collins’ death.

Edmunds said efforts to address the findings would be decided under Georgina Dodge, who is set to assume the newly created role of diversity and inclusion vice president in June. Dodge’s new position will replace that of the chief diversity officer, and will report directly to university President Wallace Loh.