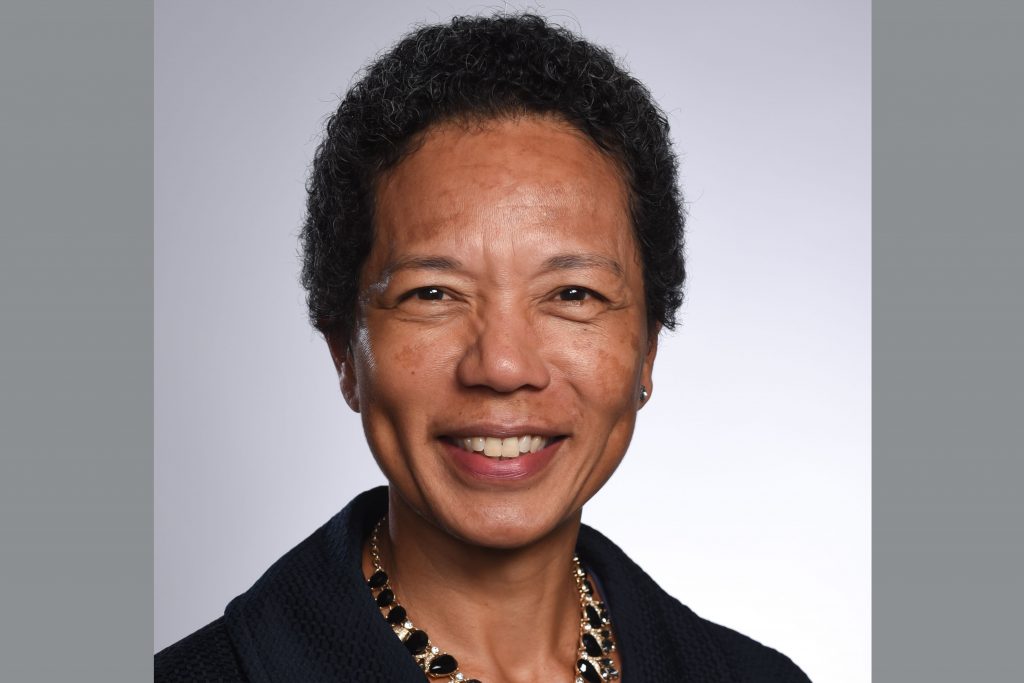 Diversity and inclusion vice president Georgina Dodge is set to take over the university's Office of Civil Rights and Sexual Misconduct. (Photo courtesy of University of Maryland Communications)

The University of Maryland’s newly chosen diversity and inclusion vice president plans to work on rebuilding trust between students and the administration and improve communication with marginalized groups. But she isn’t sure yet what form those efforts would take.

Beginning in June, Georgina Dodge will head the Office of Diversity and Inclusion, reporting directly to university President Wallace Loh. Dodge, who was named to the post Monday, currently serves as the chief diversity officer at Bucknell University.

Though Dodge laid out a general vision for the role and said she hoped to promote equity and understanding on the campus, she told The Diamondback she’d need to familiarize herself with the university before laying out any plans.

“It’s hard for me to speculate on what exactly might need to happen immediately,” she said.

For Loh, Dodge stood out from the other three candidates for her experience in a similar role at three other schools — Bucknell, the University of Iowa and Ohio State University — as well as her engagement with the surrounding community and her military service.

In Loh’s discussions with her colleagues at Ohio State, they described how she connected with the black community and urban areas in Columbus, Ohio, while she worked on “issues of health equity” and with public schools, he said.

“That adds a richness dimension that the others did not have,” Loh said.

The university has seen swift turnover at chief diversity officer, the position that the diversity and inclusion vice president will replace. Three people have served as CDO since its establishment in 2012, and two of them — Kumea Shorter-Gooden and Roger Worthington — have resigned.

The university announced its plans to create the elevated position in July 2017, shortly after the killing of 2nd Lt. Richard Collins on the campus.

Collins, a black Bowie State University student, was fatally stabbed in May 2017 while waiting for an Uber near Montgomery Hall. Police say Sean Urbanski — the white former student at this university who is awaiting trial on murder and hate crime charges in the killing — was a member of a white supremacist Facebook group named Alt-Reich: Nation.

Prior to Collins’ death, a noose had been found hanging in a fraternity house, and racist posters were discovered across the campus. The problems have continued in the years since — ODI’s online log shows 22 reported hate bias incidents so far this academic year.

“I know that events of that nature have long-term significance and have a true impact on people,” Dodge said. “So ensuring that we allow adequate space for healing is important.”

But she said she wasn’t comfortable outlining ideas to address the campus’ concerns, and didn’t know what the community’s needs would be until she starts her job in June.

“My focus will really be on listening to people when I arrive,” she said.

Ayesha Amsa, a member of the Student Government Association’s Diversity and Inclusion Committee, said she was glad Dodge would take time to communicate with students before launching her efforts, but she hoped the office would be quick to implement substantive policies.

“I think it’s important to have some sort of timeline,” said Amsa, a sophomore public policy major. “It’s really good that she’s going to listen to students and hear our concerns — but after that, then what?”

Amid a 25-year low in black freshman enrollment, Amsa said she hoped Dodge would commit to recruiting minority students to come to this university, and focus on adequately funding units such as the Nyumburu Cultural Center and the LGBT Equity Center.

Maria Aragon, president of this university’s Pride Alliance, hopes ODI will have stronger and more immediate responses to hate bias incidents under Dodge — something they felt has been lacking.

“I think what’s really important — and kind of a really good stepping stone — is always to acknowledge the shortcomings of the office beforehand,” Aragon said.

In November, an external review of ODI’s policies laid out widespread distrust between students and the administration, which its authors concluded was “evolving into suspicion regarding the administration’s commitment to diversity.”

Dodge said she hoped to improve communication with students address those feelings.

“It’s important to acknowledge that distrust, and to admit that — for many marginalized people — that distrust comes honestly,” she said. “That distrust has been well-earned.”

Dodge’s position will replace that of Cynthia Edmunds, who has held the interim CDO role since Worthington stepped down from it last summer.

In a message, Worthington wrote that he’s known Dodge for “many years” and has “great respect for her credentials and expertise.”

At a meeting of the Black Faculty and Staff Association in August, Worthington harshly criticized the administration and the Office of Strategic Communications for stifling his ability to have honest conversations with students and staff during his time as interim CDO.

Dodge, who said she wasn’t aware of Worthington’s comments, pledged to work to “establish as many collaborative relationships as possible” between ODI and other campus units.

“It will be an ongoing project,” she said. “But I believe it can be accomplished.”