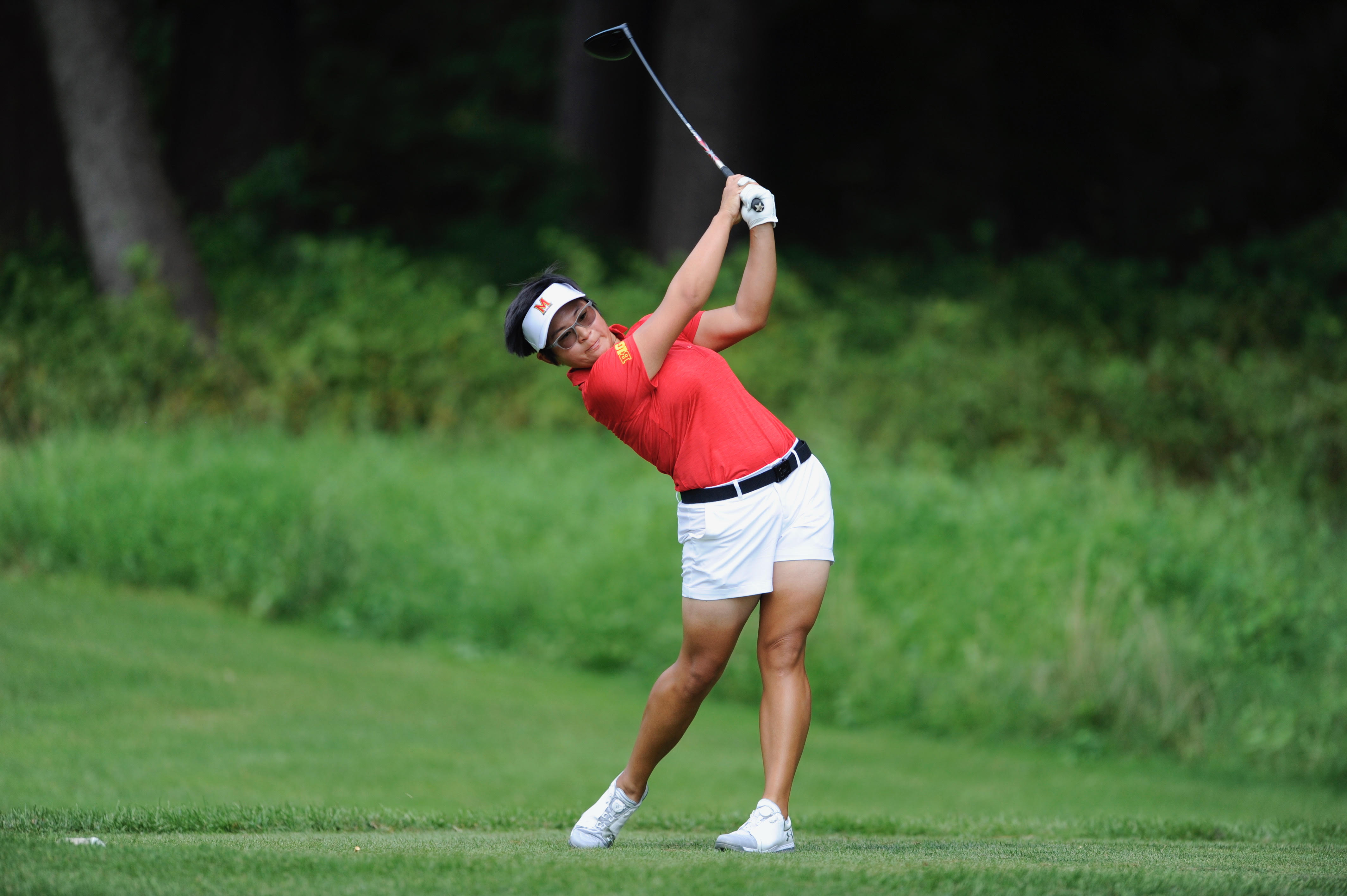 Despite Maryland women’s golf’s impressive regular season, its eighth-place finish at the Big Ten championships confirmed the young group’s status as a bubble team heading into the NCAA selection show.

As coach Diana Cantu’s squad packed into a small Xfinity Center conference room April 24, the team was uncertain of its tournament prospects. So when the Terps finally heard their name called, they were elated, celebrating vociferously as they learned they were headed to the NCAA tournament for the first time in seven years.

It was the culmination of a rebuild under Cantu that has triggered promising campaigns in the past few years. But none yet had resulted in the glory that comes with an NCAA tournament berth. Now, Maryland has a chance to further build upon its impressive season, as it looks to show off its realized potential Monday when the Terps travel to Alabama to compete in regionals.

“We’re just going to do our best,” sophomore Virunpat Olankitkunchai said, “and kick their ass.”

Last season, featuring a lineup that included three freshmen, the Terps just missed out on postseason play. But after impressing at the 2018 Big Ten championships with a second-place finish, Maryland felt that it was on the brink of a major turnaround.

“Once we did that at the Big Ten championships, it was like, ‘There’s no doubt, we’re going to come back next year and get it done,’” Cantu said. “We knew that with the experience that they had last year, we were going to be ready to do it this year.”

In her fifth season as Maryland’s coach, Cantu has used a unique international scouting system to bring in top players, with all but one golfer coming from outside the United States.

Despite some early adjustment difficulties — players come from a wide swath of countries, ranging from France and Italy to Thailand and China — the Terps have developed a strong team spirit, something that has helped push the team to new heights over the course of the past two seasons.

“We are our family away from home and we are always there for each other,” senior Ludovica Farina said. “I know that if I’m in a bad situation, I can rely on my teammates. They’re there for me, no matter what language they speak.”

Maryland has seen a number of solid showings throughout the season. Olankitkunchai has had an especially impressive campaign for the Terps, earning All-Big Ten first team honors after picking up six top-ten finishes. While Olankitkunchai hopes to impress this week, she has no expectations going into Monday’s round.

“Obviously this is my first time [in regionals], and it’s the [team’s] first time since 2012,” she said. “It’s really big for us, but we’re not going to put pressure on [ourselves].”

Olankitkunchai’s comments reflect the overall feeling of Cantu’s squad as it readies for regionals. The team is looking at its lack of experience as a positive.

“We don’t have anything to lose and we don’t have to prove ourselves,” Farina said. “So we just want to go out there and enjoy it.”