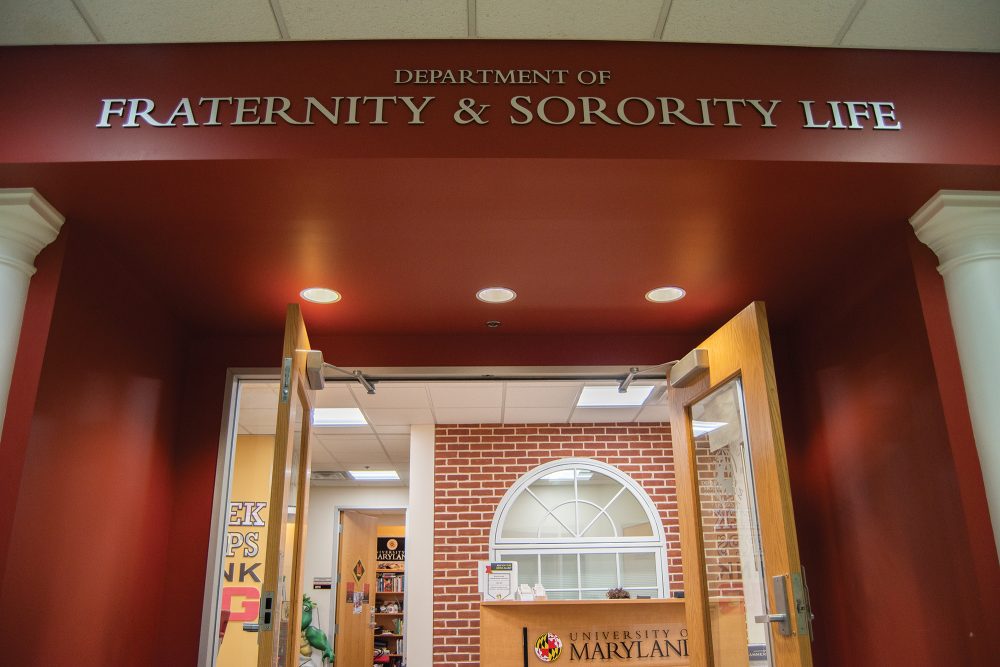 I have never been a fan of Greek life. To me, having to go through recruitment in order to join a selective friend group that you have to pay for — regardless of what that money goes toward — is just a weird concept. Beyond that, however, social Greek organizations can be a hotbed of threats for racism, misogyny, homophobia and sexual assault.

First, I want to make a disclaimer before I get to the rest of this column: Not all Greek life is bad — I know that. There are plenty of Greek organizations, such as Sigma Lambda Gamma or Kappa Lambda Xi, that aim to embrace multiculturalism and support minorities. However, there are still many other Greek organizations that reinforce dangerous ideas and remain a threat to minority students.

Last month at Swarthmore College, unofficial notes from the Phi Psi fraternity chapter were leaked to two on-campus newspapers. The documents were horrifying and contained misogynistic, homophobic and racist language throughout. There were even references to a “rape attic” in one of the fraternities. While Swarthmore’s chapters of Phi Psi and Delta Upsilon both unanimously voted to disband, we shouldn’t really be praising them as exceptional; they did what any decent group should do, and it took them more than ten days to do it.

I also want to point out that it was only the release of these documents that prompted these fraternities to disband. The Google Drive folder that contained these disgusting notes was accessible to several past and present members of the fraternity and contains notes from 2010 to 2016. It is unclear whether current members knew about the documents beforehand, but I find it hard to believe they didn’t. The chapter of Phi Psi also asserted that these notes do not represent the present culture of the fraternity, but I find that just as hard to believe.

Before the documents were even leaked, Swarthmore students created a Tumblr page called “Why Swarthmore’s Fraternities Must Go.” The page contains anonymous posts about awful things happening in the college’s fraternity houses and parties. There are a number of accounts of sexual assault, harassment and general misogyny and racism. If those documents “are not representative of who Phi Psi today,” as the fraternity posted on Facebook, why are there so many accounts of disgusting behavior by fraternity members?

This is also not an isolated situation. At the University of Maryland, we’ve had plenty of Greek life-related issues. Last month, this university’s sororities pulled out of Spring Fest because not enough fraternity members attended sexual assault prevention training beforehand. All chapters intending to participate in Spring Fest are expected to have 20 percent of their members complete this training. And yes, that was already an absurdly low requirement.

In 2017, there was a noose found in this university’s Phi Kappa Tau chapter house following similar racist incidents at American University. An email leaked in 2016 from a Tau Epsilon Phi Listserv expressed racist and misogynistic sentiments. A similar incident occurred in 2015 when an email from a member of Kappa Sigma, which was suspended from this campus in 2017, surfaced. The email encouraged other members to ignore sexual consent.

And these issues aren’t limited to fraternities. In 2017, the Columbia University chapter of Kappa Alpha Theta posted photos from a party where students were dressed up in offensive racial and cultural stereotypes. Earlier this year, Old Dominion University’s chapter of Alpha Phi was called out on Twitter for members’ racism on social media and at chapter events.

You can defend Greek life all you want, but the proof is there. These institutions and organizations have the potential to foster this kind of hatred. Many Greek life chapters are still largely white, despite some making attempts at increasing diversity, which doesn’t help the situation. You might not be consciously racist yourself, but how can you not question why your fraternity or sorority might be made up of mostly white students? Is it because students of color don’t feel welcome or safe? Is it because your institution was built on this exclusion and present members haven’t done nearly enough to rectify it?

Even with the sororities and fraternities within this university’s Multicultural Greek Council doing so much to create spaces for minority students who have historically been excluded from Greek life, racist sentiments persist. Even with sororities and other campus organizations like Preventing Sexual Assault asserting the importance of sexual assault training, sexual assault within fraternity houses continues. Regardless of these efforts, many of these organizations are still infused with the same principles of exclusion on which they were founded, and they still create an environment where it is all too easy to get lost in the homogeneity.

CORRECTION: Due to an editing error, a previous version of this column incorrectly referred to the disbanded Swarthmore fraternity chapter, Phi Psi, as Phi Kappa Psi. The chapter was not affiliated with Phi Kappa Psi. This story has been updated.