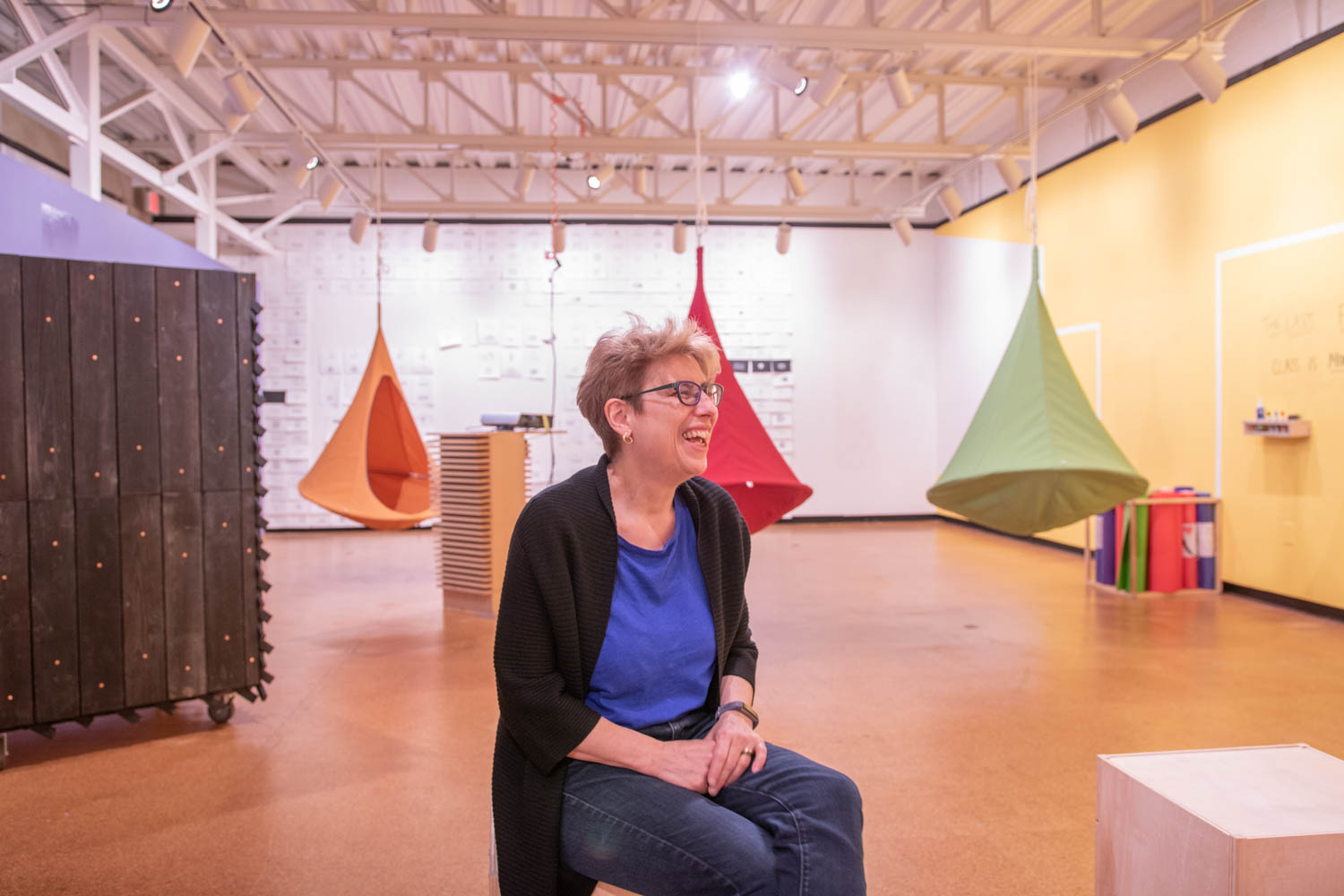 Ronit Eisenbach, a professor in the architecture school, on April 15, 2019. She has curated the architecture gallery to be a place for students to work together and socialize. (Richard Moglen/The Diamondback)

From the day the University of Maryland’s architecture school opened its doors in 1967 until it celebrated its 50th anniversary in 2017, no female faculty member was ever promoted to full professor within the architecture program.

But in 2018, Ronit Eisenbach became the first. And last month, Madlen Simon became the second.

Though some of the college’s other programs had promoted women to full professor positions before Eisenbach, the architecture program — its largest and longest-running — remained overwhelmingly male. Eisenbach and Simon’s promotions from associate to full professors show the school is trying to turn over a new leaf, Eisenbach said.

“I hope that the school will continue to find ways to diversify our faculty as we move forward,” Eisenbach said. “We have some really complex issues to address that our disciplines can work on, and I think having different voices with different points of views, different disciplines and different life experiences at the table can enrich those conversations.”

The architecture program’s website lists eight faculty members with the title of “professor,” six of whom are men.

As of fall 2018, there were 157 male architecture students — making up about 53 percent of the major, while female students represented about 47 percent, according to the Institutional Research, Planning & Assessment office. For the six years prior, though, female students outnumbered males.

Still, Simon said she had to overcome bias both in the field of architecture and the world of academia, and she hopes her promotion shows female students what they can accomplish.

“I think that seeing more women in stations of authority in the school reinforces the message that architecture is for all of us,” Simon said.

Daniela Pardo, a senior architecture major and Women in Architecture club president, said she hasn’t felt a lack of opportunity as a woman in the school. Many of her peers and her teachers have been women, she said, and her club holds discussions, networking and workshop events to promote women’s empowerment in the field.

So Pardo was taken aback when she first heard that Eisenbach was the first woman promoted to full professor.

“I think it’s a good start,” Pardo said. “It’s kind of sad and surprising that it took so long.”

While Pardo doesn’t necessarily feel a stigma within the school, she’s prepared to face inequity in the professional world. Beyond representation, she’s worked toward fostering discussions and conversation on the topic among her peers as the club’s president.

“I think a lot of it we’re working on, and I think that’s where Women in Architecture come in play,” Pardo said. “We’re a very tight-knit community. Being part of the group is already making change.”

“Fifty years ago, it was not uncommon for architecture schools to principally enroll males. Today it is common to have enrollments approaching and sometimes exceeding 50-50,” Kelly wrote in an email. “The glass ceilings are not entirely gone, but we are living in an age of true progress on this front.”

Eisenbach recalled watching other female architects advocate for themselves early in her career and the impact that had on her. Her promotion felt like an accomplishment for the entire community, she said.

While she felt honored by the achievement, Eisenbach also said it came as a relief. In the year since her promotion, she said, she’s been able to focus more on the work she loves.