With its Big Ten tournament hopes on the line, Maryland softball readies for Michigan 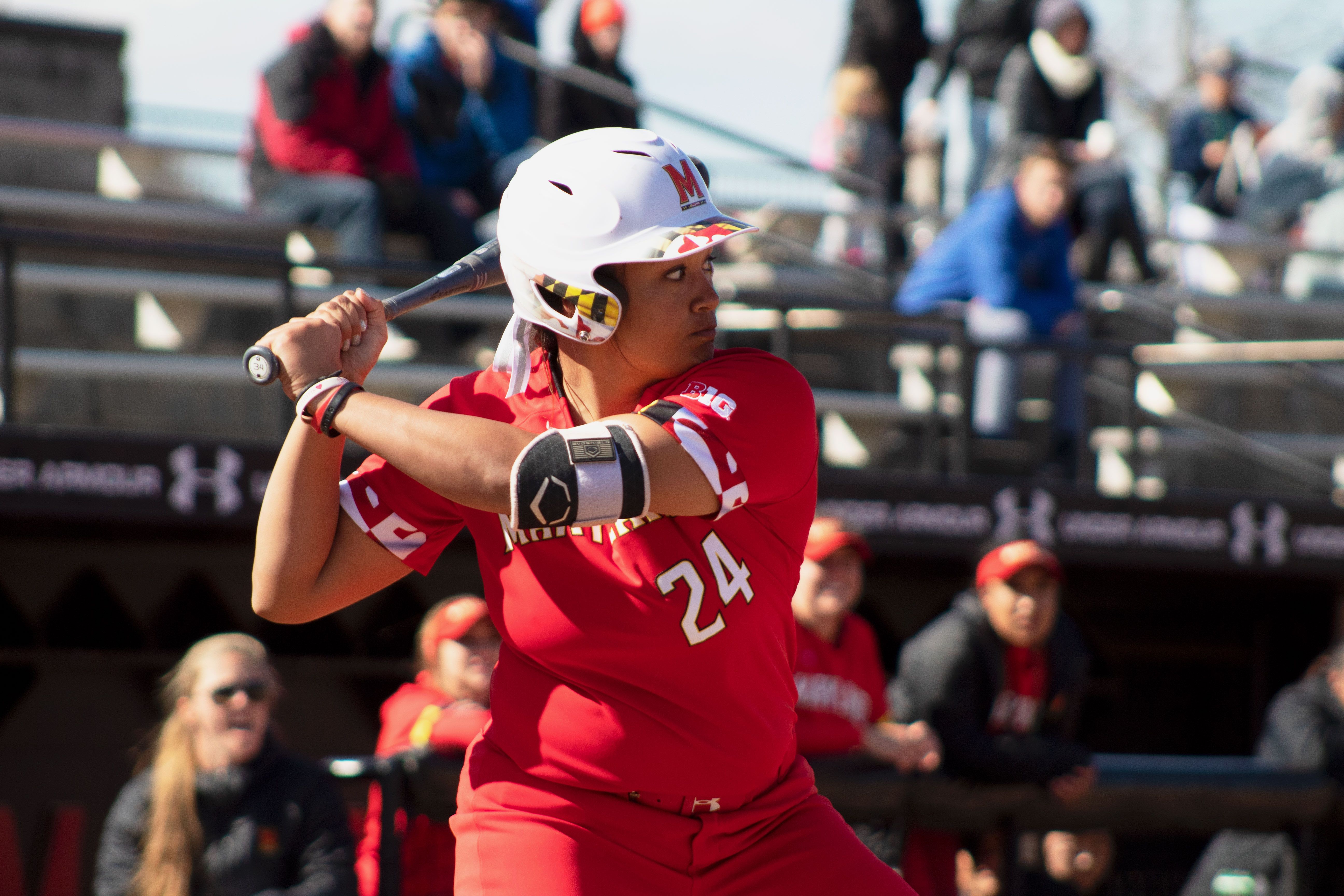 As the 2018 season wound to a close, a promising start to the Big Ten slate fell apart for Maryland softball. The Terps lost their final nine regular-season games, staggering into the conference tournament and getting bounced immediately with a first-round loss.

And with a five-game losing streak near the end of the regular season this year, Maryland’s Big Ten tournament position has become more precarious as coach Julie Wright’s squad slips down the standings.

The Terps are tied with Iowa for the final Big Ten tournament place with a 4-16 Big Ten record. Now, with one weekend remaining and its postseason hopes hanging in the balance, Maryland must go toe-to-toe with Michigan, one of the Big Ten’s top teams.

Still, despite the increased stakes and potentially watching the scoreboard of the Hawkeyes’ series against Ohio State, the Terps are preparing for this week the same way they have since February.

Part of Maryland’s identity this season has been its offense, boasting a .291 batting average, the fifth-best mark in the conference. But after managing just nine hits on the Nebraska pitching staff last weekend, one of the team’s main focuses this week has been getting back to its “fiery offense,” as left fielder Micaela Abbatine said.

“We’re making sure that we swing on good pitches and hit situationally,” designated player Sammie Stefan said. “We left a lot of people on base, so our goal is to get those runs in.”

Overcoming a sluggish weekend will be a challenge for the Terps, especially against Michigan’s imposing two-person pitching staff — left-hander Meghan Beaubien and right-hander Alex Storako. Beaubien’s 2.01 ERA is the sixth-best in the conference, and Storako’s is not far behind her at 2.16.

“Obviously, Michigan has a pretty good pitching staff,” shortstop Bailey Boyd said. “But [Tuesday], we were working on hitting one of their pitchers, and [Wednesday] we [tailored] the practice to look at their other pitcher.”

The team’s hitters are focused on nailing the little things to get quality at-bats and realize the challenges that a left-handed pitcher can present.

Michigan’s two-player staff makes preparation easier, Wright said, because there’s less variation to study. And the Terps have already proven they can hit off top-tier pitchers, such as Minnesota’s Amber Fiser, who has a 1.32 ERA, and Ohio State’s Morgan Ray, who holds a 2.08 ERA.

While Maryland has dropped its last five contests, the Wolverines have won their last eight. Part of the team’s struggles, Wright said, was having a Tuesday doubleheader against Rutgers and a quick turnaround for Nebraska on Friday.

“With a young team, practice time is important,” Wright said. “We lost a little bit of that with the busy week, but we’re going to get back to work on feeling good about our fundamentals.”

Maryland’s confidence has not wavered despite a recent rut in form. But this weekend against one of the Big Ten’s best teams, the Terps must find answers to remain in the conference tournament field.

“We know that wasn’t the team that we are, let alone who we want to be,” Stefan said. “There’s no doubt in my mind we’re still a dominant team, we just need to make sure we put together a couple good games [against Michigan] so we can end up on top at least once.”