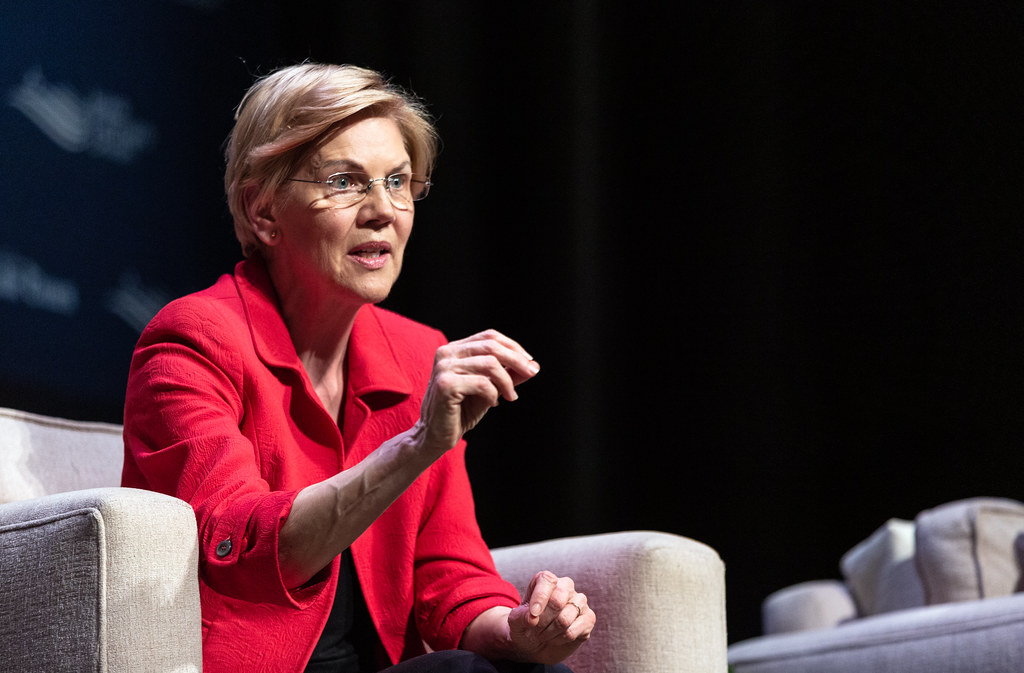 By Horus Alas
For The Diamondback

University of Maryland students are expressing cautious optimism to a plan presidential candidate Sen. Elizabeth Warren (D-Massachusetts) announced last week that would erase up to $50,000 in student debt.

Stefan Swierkosz, a sophomore kinesiology major, said he thinks the proposal is good for students, even if he has doubts that Warren will be able to implement her plan. He said students can normally expect to spend about 20 years paying off their loans post-graduation.

“A lot of us are ending up with thousands upon thousands of dollars of debt,” he said.

Bree Parsons said the debt forgiveness could help stimulate the economy by enabling graduates to have more disposable income.

“It is unfair for students to have to be in such debt the second they get out of school,” said Parsons, a sophomore finance and journalism major.

Junior atmospheric and oceanic science major Kayla Brown said the current financial aid system excludes her family. Brown said she has 10 siblings, but her father makes more than $100,000 per year, which has left them ineligible for FAFSA benefits.

“We have to pay for school ourselves, because [FAFSA assumes] that my family contribution is upwards of $18,000,” she said, “which is not the case because [there are] 11 children.”

Brown said Warren’s plan could likely be an improvement for many students over the current system, but had doubts about its viability.

“The system we have in place has been here for so long that it’s going to take a long time to … roll that back,” she said.

Warren’s campaign estimates the initiative would cost a one-time $640 billion to forgive debt, totaling to $1.25 trillion over 10 years. It would be funded through her proposed “Ultra-Millionaire Tax,” which would impose a 2 percent annual tax on net worth above $50 million and a 3 percent tax on net worth exceeding $1 billion.

Elinda Kiss, an associate professor in the business school, said she isn’t convinced by Warren’s plan. She said there are many blue-collar jobs available that could provide workers with a good living.

“Not everyone should be going to university,” Kiss said. “We need people who will be auto mechanics and plumbers and other skills.”

Kiss said she thinks Warren’s plan was unlikely to pass in Congress and that instead, there should be greater focus on scholarships, financial literacy courses and programs that allow students to repay their debts through public service.

“[Student loan debt] is a problem, but I’m not sure her proposal is the right one,” she said.

Warren is also pushing to increase education spending and provide free tuition for students at public colleges and universities.

Sydney Poretsky, president of this university’s College Democrats chapter, wrote in an email that Warren’s initiative was “a step in the right direction” and “a welcome change for most students and young professionals.”

The nation is trending toward student loan forgiveness, as it’s become a central feature of many Democratic presidential candidates’ platforms, the senior communication and Spanish major added.

The president of this university’s College Republicans chapter, Ben Colebrook, said Warren’s proposal sounded good on paper, but would be offset by high costs and untenability. He said the government should “end federal subsidies for student loan debt,” and “force students to get loans from banks.”

Colebrook, a junior computer science and math major, said he thinks doing so would decrease the default rate on loans and hold people personally responsible for student loans the way they would be for a car or a home.

Swierkosz said he already considered Warren “one of the better candidates,” and the plan hasn’t changed his feelings about her. But it did make him “more inclined to consider her,” he said.

“I … don’t know enough about [Warren’s] views and policies,” said Parsons. “I wouldn’t base my vote for her solely off of this proposal.”

Brown favors an initiative that would simultaneously address rising tuition costs and forgive student debts. She said it was too early in the race to cast her support behind one candidate and called the proposal “not sufficient” to guarantee her vote.

“My views would have to align with theirs on more than one issue,” said Brown.