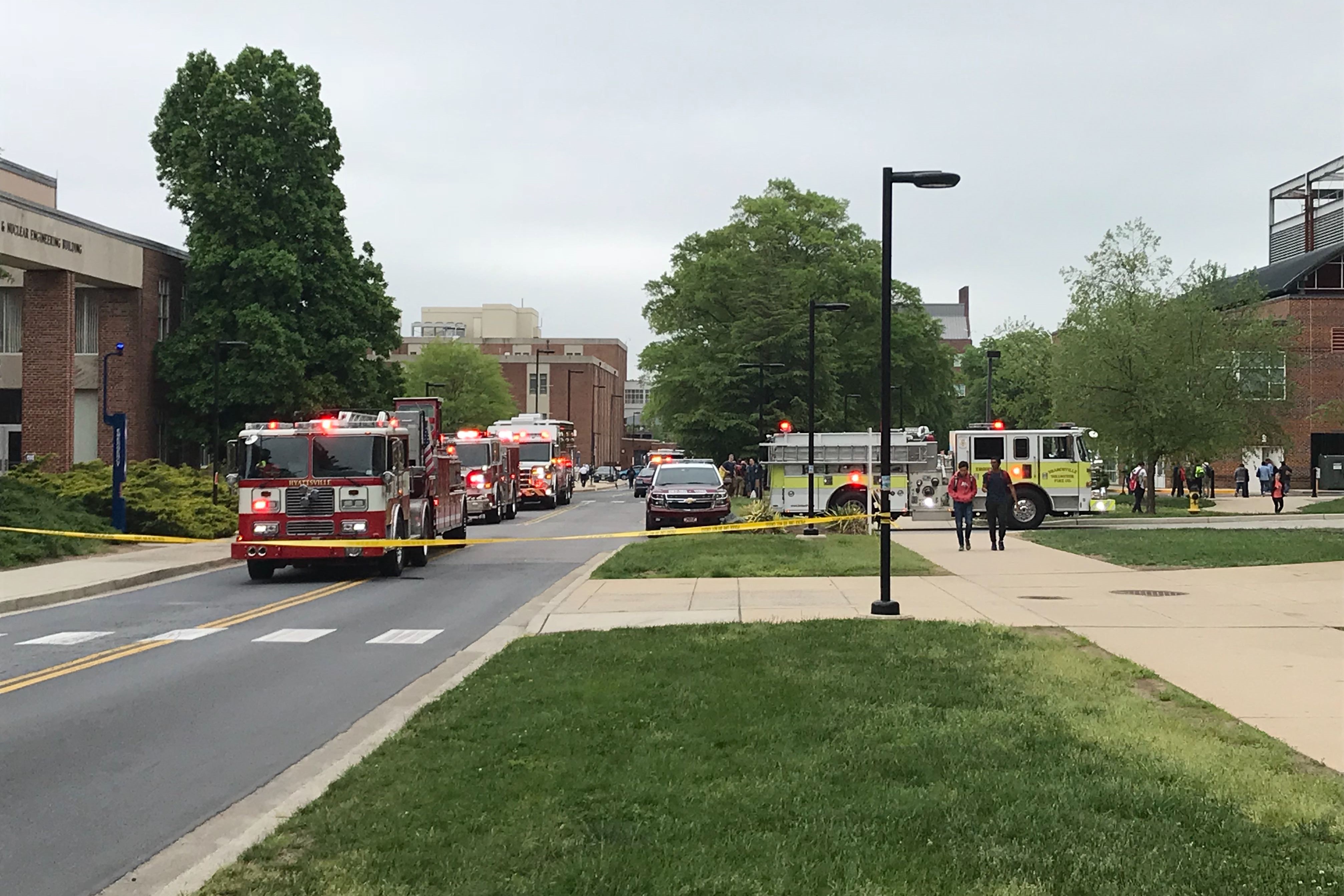 The Chemical and Nuclear Engineering Building was evacuated Wednesday morning after a fire, according to University of Maryland Police. (Arya Hodjat/For The Diamondback)

Seventeen people were taken to the hospital after a fire in the University of Maryland’s Chemical and Nuclear Engineering Building on Wednesday morning, according to the Prince George’s County Fire Department.

Michael Yourishin, a department spokesperson, said they were sent as a precaution and their conditions were not life-threatening. Four students, 8 county fire department officials, two University Police officers, a university employee, one assistant fire marshal and a contractor were transported to the hospital, he said.

The department did not know how the fire started, he added.

University of Maryland Police wrote in a campus alert that “a chemical reaction caught on fire” during a lab experiment. The building has been evacuated and closed while first responders investigate the scene, another alert read.

There isn’t any “imminent danger to life or health within the area,” Yourishin said, and the building is clear of smoke.

Stadium Drive was initially closed between Regents and Paint Branch drives, but is now open to traffic, police wrote.