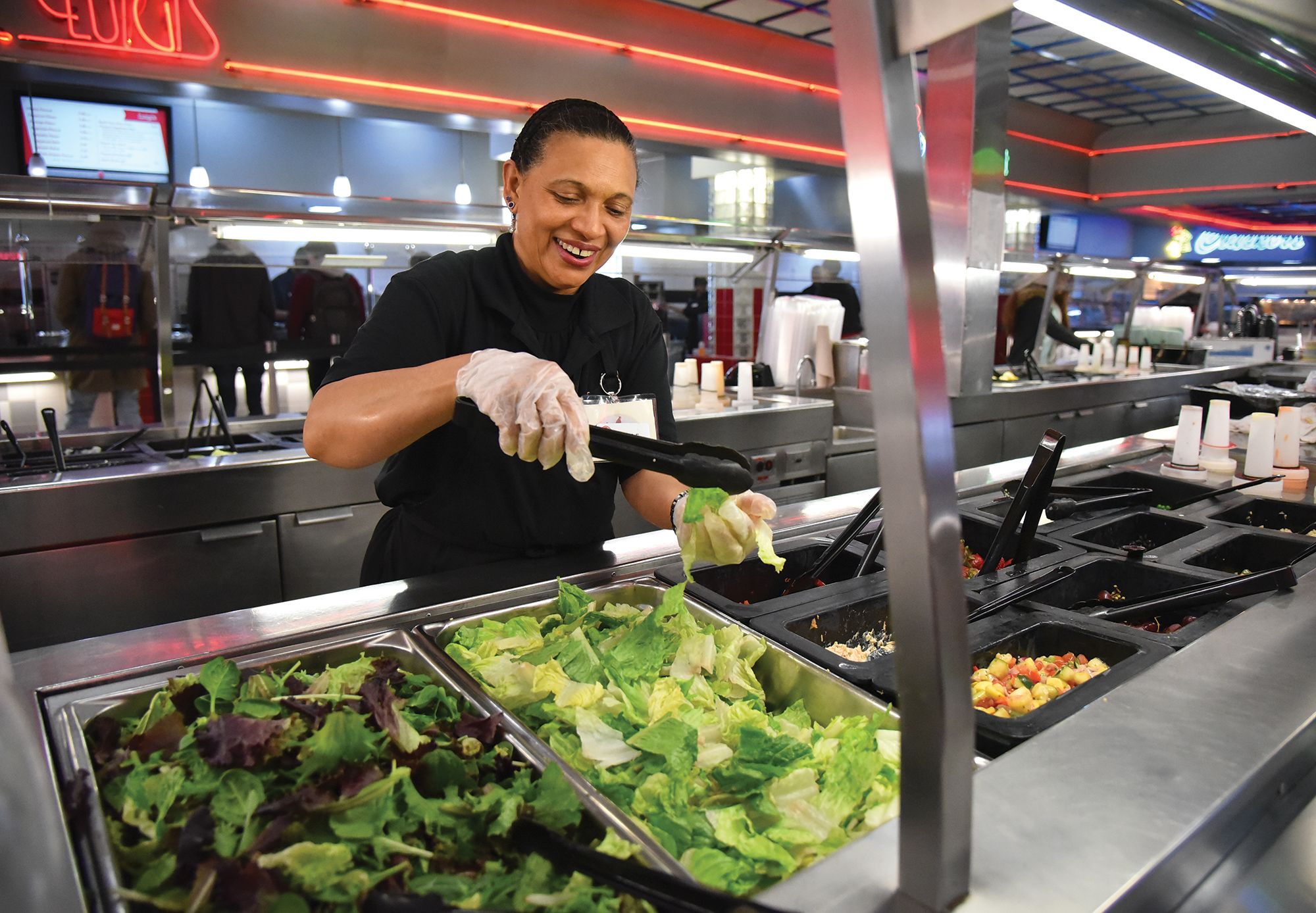 Our friends at Maryland Today had a funny/disturbing piece recently on whether it was proper to discuss Game of Thrones at work. The article reached its rhetorical peak here: “And if you’re taking a break to avoid your work at hand, that’s simply procrastinating, [University of Maryland business school professor Trevor Foulk] says. So, get back to work. ‘You just need to press through.'”

I tweeted out the quote thinking my followers would reward me with likes (it did pretty well). And while we can all denounce Maryland Today’s vision of work — where a business professor scolds you for having a muted conversation about a TV show — the aloof, anti-work posture I sometimes take is a bit disingenuous. If I’m being honest, I can feel alienated from the anti-work left; many of my views on work can be coded as conservative.

I think work, at its best, is about improving yourself, developing discipline and contributing to the continuation of society. I also have this view, based on Catholic social teaching, that work is about participating in creation; it’s about, as Pope John Paul II put it, “sharing in the activity of the creator.” I like work!

But when I say I like work, what I mean is that I like writing, editing and helping people with interlibrary loans at McKeldin. I’ve never had a terrible job; I’ve never had to miss a kid’s recital because of a shift or worried about not being able to eat if I piss off a volatile boss.

There are obviously plenty of awful jobs, and there’s plenty of miserable work. We should want to avoid becoming like American Enterprise Institute president Arthur Books, who insists many of the jobs we consider “bad” are actually wellsprings of dignity. A lot of work contributes nothing to society and contains little spiritual value. Anthropologist David Graeber wrote a book documenting the rise of “bullshit jobs,” whose existence cannot even be justified by those who hold them.

So the anti-work leftists have a real point here — yet I think my more sanguine views on work have merit as well. In thinking through this, I’ve developed four provisional work takes that attempt to balance these two impulses and provide a rough outline of how a just society might think about work.

Work Take No. 1: Unemployment is awful for you. The social science on this point is startling. Unemployment carries a whole bunch of mental and spiritual maladies. Rates of having or being treated for depression are more than double for the unemployed versus those with full-time jobs. And I don’t think this is just a reaction to a Puritan work culture, although that’s part of the story. It’s also due to the isolation that comes from staying at home during the day, as well as feeling purposeless and unrooted.

Work Take No. 2: Unemployment is awful for the left, too. Unemployment is additionally a longtime enemy of left movements — for good reason. Full employment gives workers greater bargaining power over employers because employers don’t have a pool of unemployed people eager to work for low wages in the case of a strike. For reasons of personal flourishing and political economy, we should insist on full employment.

Work Take No. 3: Work is more than just market labor. One of the great contributions of feminist socialists is expanding our understanding of work beyond what people do for a wage. If work means doing what’s necessary to keep civilization going, responsibilities like raising children and assisting elderly relatives are far more meaningful and vital than, say, anything having to do with a spreadsheet — and those responsibilities should be valued as such.

Work Take No. 4: Good market works for everyone who’s able, but it should be lessened. Welcome to the utopian section of the column where I try to lay out an extremely abbreviated idea of how work might function in a just society. Along the lines of Work Take No. 1, everyone who can should participate in the labor market. This labor market would have strong protections against workplace abuse, and it would be easy to take time off for sickness or injury, or to care for a dependent.

The market would preferably be made up of state-owned enterprises, worker cooperatives and small private operations. And we’d center work responsibilities around what’s actually useful to society: More people getting lead out of Flint, Michigan’s, water and fewer people selling private insurance. There’s full employment, but nobody feels like their job is a total waste of time.

Now to the “it should be lessened” part. With the elimination of bullshit jobs, the continuing development of productive technology and strong labor unions, we can demand dramatically reduced working hours by, let’s say, four or five hours a day! This gives us more time for two things: First, we can give greater attention to the critical work we do outside the market — no more missing a child’s soccer game because you have to work weekends.

Second, we can have more fun. There’ll be more time for reading, going to the movies and having picnics at public parks with your friends. The social and spiritual value of work will be left intact, with none of the degradations it currently entails.