Bernie’s right: Technology should benefit everyone, not just the wealthy 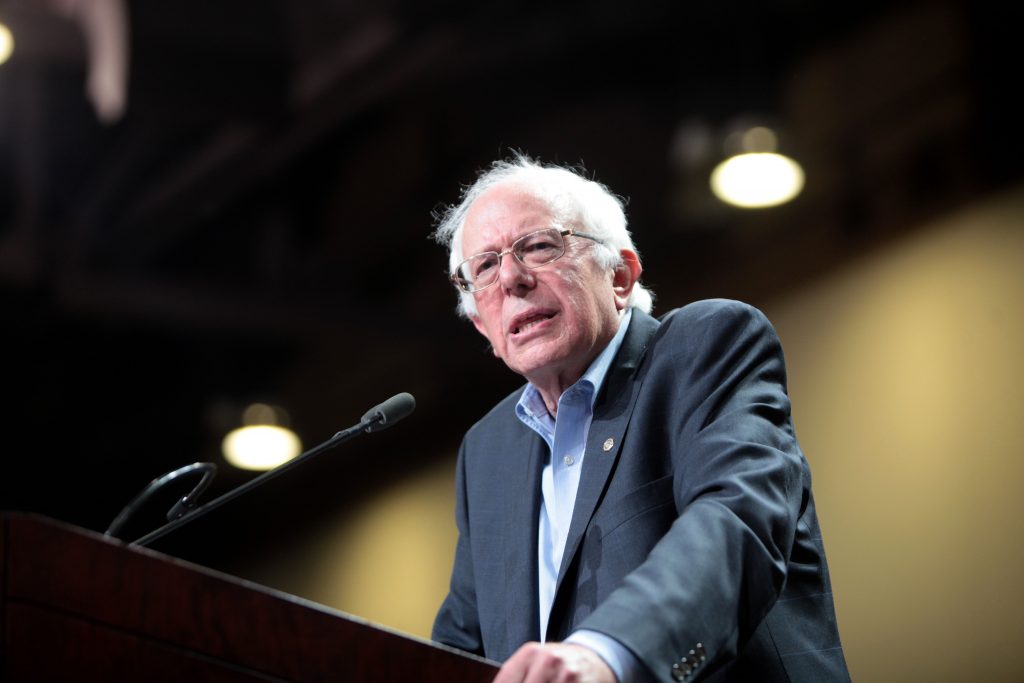 Bernie Sanders at a campaign event in Arizona in 2015. (Image via Wikimedia Commons)

Delight and fury ensued after Sen. Bernie Sanders (I-Vt.) announced his presidential candidacy Tuesday. Of the candidates, Sanders most closely shares my worldview and policy prescriptions, so I’m very likely to vote for him. But that’s not what this column’s about.

I want to discuss what was to my mind the single most interesting line in his extended announcement address. Sanders, after several minutes of listing policy proposals, says, “I’m running for president because we need to understand that artificial intelligence and robotics must benefit the needs of workers, not just corporate America and those who own that technology.”

This sentence, which might seem innocuous at first, is exciting because it suggests a smarter way of talking about technology — and artificial intelligence in particular — than what currently dominates the mainstream of American politics. This way of understanding tech is neither utopian nor Luddite but rather instrumental, recognizing that technology has the power to either immiserate or emancipate, depending on who controls it.

The great fear of robotics and automation is mass joblessness. But this doesn’t have to be! The point of automating technology, after all, is to make a firm more productive and increase its surplus. In a country like the U.S., where owners and capitalists possess nearly unprecedented power, they hoard the benefits of increased productivity. But in a firm where the workers have significant power — or in a firm owned by workers — the surplus generated by new technology could increase wages, decrease hours worked or, hopefully, both.

In the wrong hands, robotics and automation will lead to a Hell World (not too far from the real world) in which the unemployed masses rely wholly on the goodwill of our coding overlords. But in the right hands, automation means better pay and more time to hang out at public parks with our friends and family.

Sanders, so far as one can tell from a single sentence, seems to be endorsing an instrumental view of technology that emphasizes the importance of worker power and control. That view is a welcome addition to America’s deeply dysfunctional tech debate.

In the tech discourse, Silicon Valley folks have a kind of psychotic utopianism about what their technology can accomplish. If you ever want to feel really depressed, Google “an app that cures poverty.” The results are not ironic.

But on top of this glassy-eyed optimism, many Silicon Valley people seem terrified that their own creations will cause mass immiseration or even human extinction. There’s widespread support in Silicon Valley for a universal basic income, which aims to mitigate the effects of tech-induced job displacement. And at the same time, tech magnates like Elon Musk and Peter Thiel fret that AI will develop so quickly that human beings will be at the mercy of our machines.

The Silicon Valley view of our automated future combines utopia and apocalypse. In response to this deeply unattractive worldview, some people develop an understandable anti-machine mentality. For these people, the enemy is not those who reap the benefits of technology, but the technology itself. This perspective exists in corners of the socialist world, especially the Christian socialist tradition (of which I am a part).

But, as the brilliant intellectual historian Eugene McCarraher writes in response to an encyclical by Pope Benedict XVI, “Technology has never taken over; rather, capital has taken over the planning and implementation of technological development.”

Unless the unlikely science fiction AI revolution actually comes to pass, we cannot ascribe human-like agency to tools. McCarraher continues, “Automation has been enforced, not by an army of wild machines, but by the echelons of corporate managers and professionals charged with expanding the accumulation of capital.”

The key here is to make the bulk of technological development publicly funded and publicly accountable. I hope candidates like Sanders run on massive increases in research and development funding, oriented to real human needs and environmental justice. If that happens, our conversations about automation will become more productive, and our tech policy will become more liberatory.