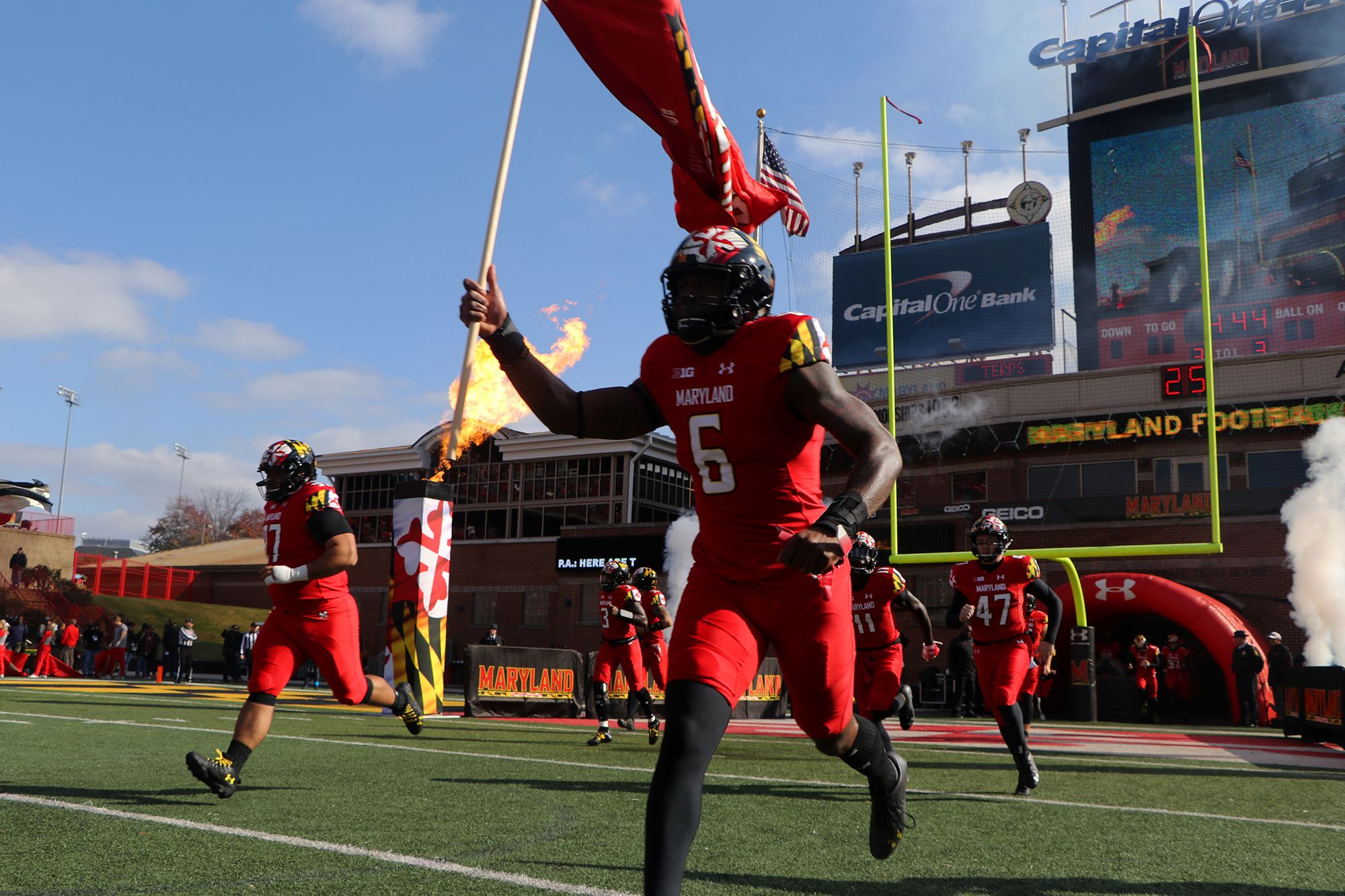 Defensive lineman Jesse Aniebonam runs out of the Maryland Stadium tunnel carrying the “Together” flag before Maryland’s 52-51 loss to No. 9 Ohio State on Nov. 17, 2018. (Julia Nikhinson/The Diamondback)

Maryland football defensive lineman Jesse Aniebonam signed with the Houston Texans as an undrafted free agent following the NFL Draft on Saturday, according to the Houston Chronicle’s Aaron Wilson.

In the Terps’ season opener against Texas at Memorial Stadium in 2017, Aniebonam suffered a broken ankle that ended his season early. He redshirted and returned as a starting defensive end in 2018, and picked up his first sack — one of his two sacks of the year — during week two’s win over Bowling Green. He posted seven tackles twice.

Aniebonam led Maryland with 14 tackles for loss and nine sacks in 2016, but he reached just five tackles for loss with two sacks in his redshirt senior year. He finished with 39 total tackles last year and he returned a blocked punt against Temple for a touchdown.

Four Terps were selected in the 2019 NFL Draft, and Aniebonam joins a growing list of Maryland players who have been picked up as undrafted free agents.