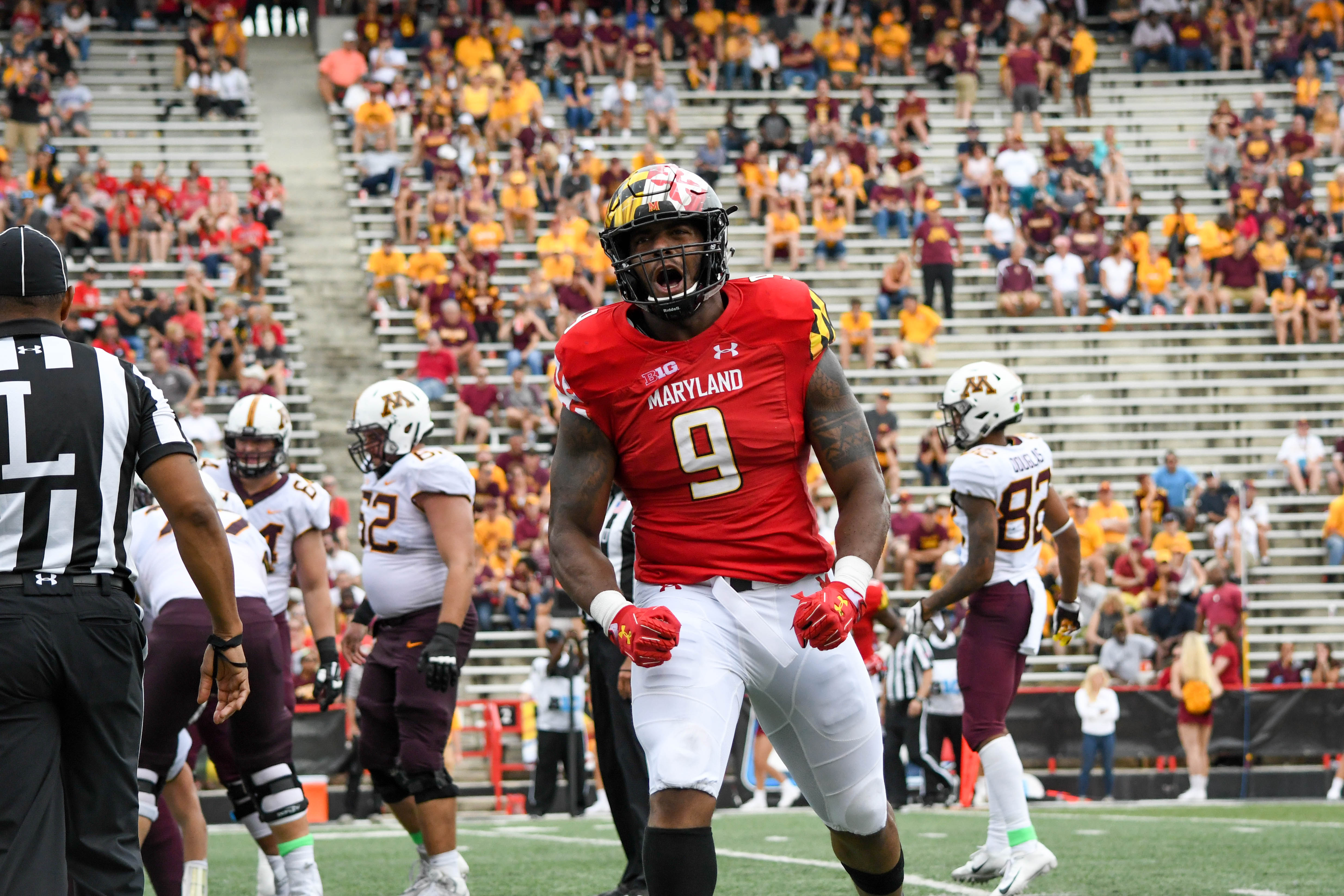 After spending one year with Maryland football following his transfer from Auburn, defensive lineman Byron Cowart was selected in the fifth round of the NFL Draft by the New England Patriots.

Once the No. 1-ranked recruit out of Armwood High School in Florida — more for his size and strength rather than technique, as he began playing football in ninth grade — Cowart had an unusual path to the NFL.

As a freshman and sophomore at Auburn, he totaled 12 combined tackles and forced a fumble against Texas A&M in 2016. But early in the 2017 season, Cowart departed the program, transferring to Hillsborough Community College in Tampa.

From there, he joined Maryland with only one year of eligibility remaining, despite an early belief he had two left.

“I never redshirted,” Cowart said March 27 at Maryland’s Pro Day. “When I left Auburn, I played three games, and then they didn’t grant me that year back. So when I came to Maryland, I was on the clock. I would’ve liked to have that fifth year.”

But Cowart, while he didn’t post unbelievable numbers with the Terps, got his career back on track. He started all 12 games in 2018, primarily at defensive end, and tallied 38 tackles. He also intercepted two passes, one in a pick parade against Rutgers and the latter in the loss to Michigan State, as he earned an All-Big Ten honorable mention.

The production — and perhaps the intrigue surrounding a former top prospect — warranted an invite to the NFL Combine. He ran his 40-yard dash in 5.16 seconds, reached 30 inches on his vertical jump and 111 inches on his broad jump.

Despite featuring mostly as an edge rusher for the Terps, teams at the combine and Senior Bowl wanted to see his versatility. And at 6-foot-3, 298 pounds, he may prove to be an asset inside.

“A lot of teams, they know I can play end,” Cowart said. “But they want to see me work at tackle, because I’ve heard from teams telling me, you can literally play all across the line. So they just want to see how I react when I’m not in a comfortable spot.”

Wherever Cowart may find himself on the defensive line, he’ll get a chance to do it at the next level with the Patriots.

“I’m happy I had the opportunity to do what I did at Maryland,” Cowart said. “It’s looking up for me.”

When once things didn’t seem so promising.