Notre Dame is a tragedy. But white, Eurocentric problems shouldn’t get all the coverage. 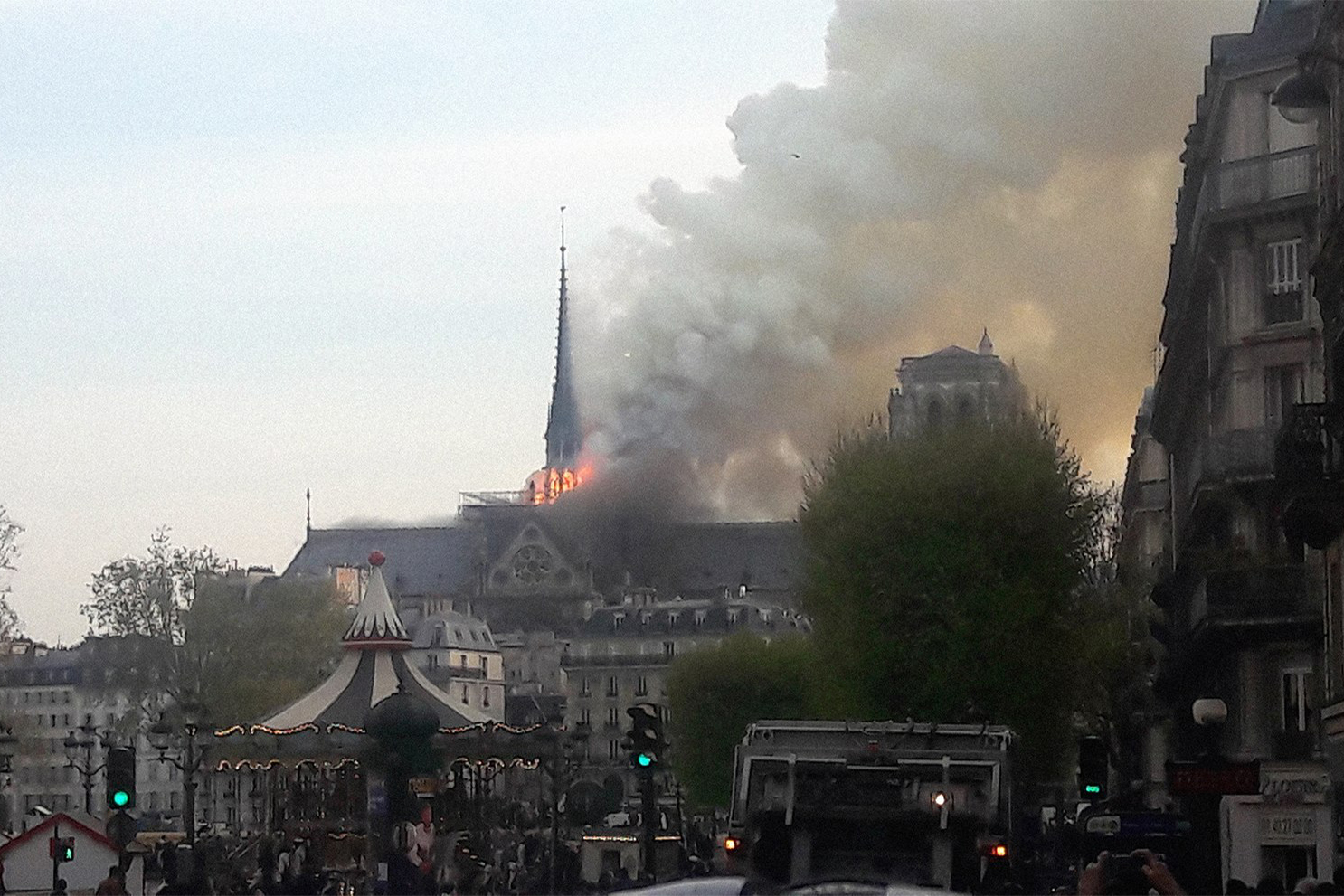 Over the past week, news of the fire that ravaged the Notre Dame Cathedral has been raging. The damage was catastrophic: The church’s iconic spire collapsed and most of roof was aflame within 15 minutes of the fire starting. The world has been in a state of shock, but what hasn’t been surprising is the way that media and the wealthy have responded.

Financial support toward rebuilding and restoring the cathedral has poured in from France’s richest: $500 million from just four donors. While that kind of immediate monetary aid is incredible for the cathedral, it’s disheartening that people don’t put nearly as much toward causes that involve human life rather than national symbolism, such as migrant rescue efforts, green energy and public education. And if there are cases where billionaires are dedicating millions to projects directly related to saving lives and the future, it’s not making headlines.

The Notre-Dame is a structure that represents French identity and history, but it is, at the end of the day, a building. I won’t argue that people should not care or that people shouldn’t be donating — only that if people are going to put this much money toward a structure, they also should for more pressing problems.

France has been notorious in the news for having a hostile attitude toward refugees and immigrants, with acts such as the “Hijab ban,” a startling contrast to the grief and love that has been shown to a 13th century building. Billionaires could be lending their support to people fighting unfair laws and trying to find jobs, but we aren’t seeing that. It seems as though private donors are only willing to throw their financial support behind causes that are beneficial to white, European, Christian communities.

Aside from French billionaires’ strange methods of prioritization, news sources have also mounted the relatively excessive attention on the Notre-Dame fire. While the cathedral was burning, another famous religious edifice was aflame — the Al-Aqsa mosque. Located in Jerusalem, Al-Aqsa is one of the three holiest sites in Islam. The structure is 984 years old, giving it more than 100 years on the cathedral, yet there has been next to no U.S. news coverage.

The fire at Al-Aqsa does not appear to have been as destructive as the one that ravaged Notre Dame, but both tragedies should have made international headlines. That the Al-Aqsa fire was left out of mainstream reporting and therefore the global spotlight indicates just how selective media attention can be.

Mourning the damage done to Notre Dame is understandable, and the drive to rebuild it is absolutely reasonable. That’s not the issue. The problem is that this incident has highlighted just how much society and the media value white European Christian history more than nonwhite, non-Christian, non-European people and symbols. There should be money and media attention going to those who need it and to events that are newsworthy, not just to the causes that are Eurocentric enough to support.