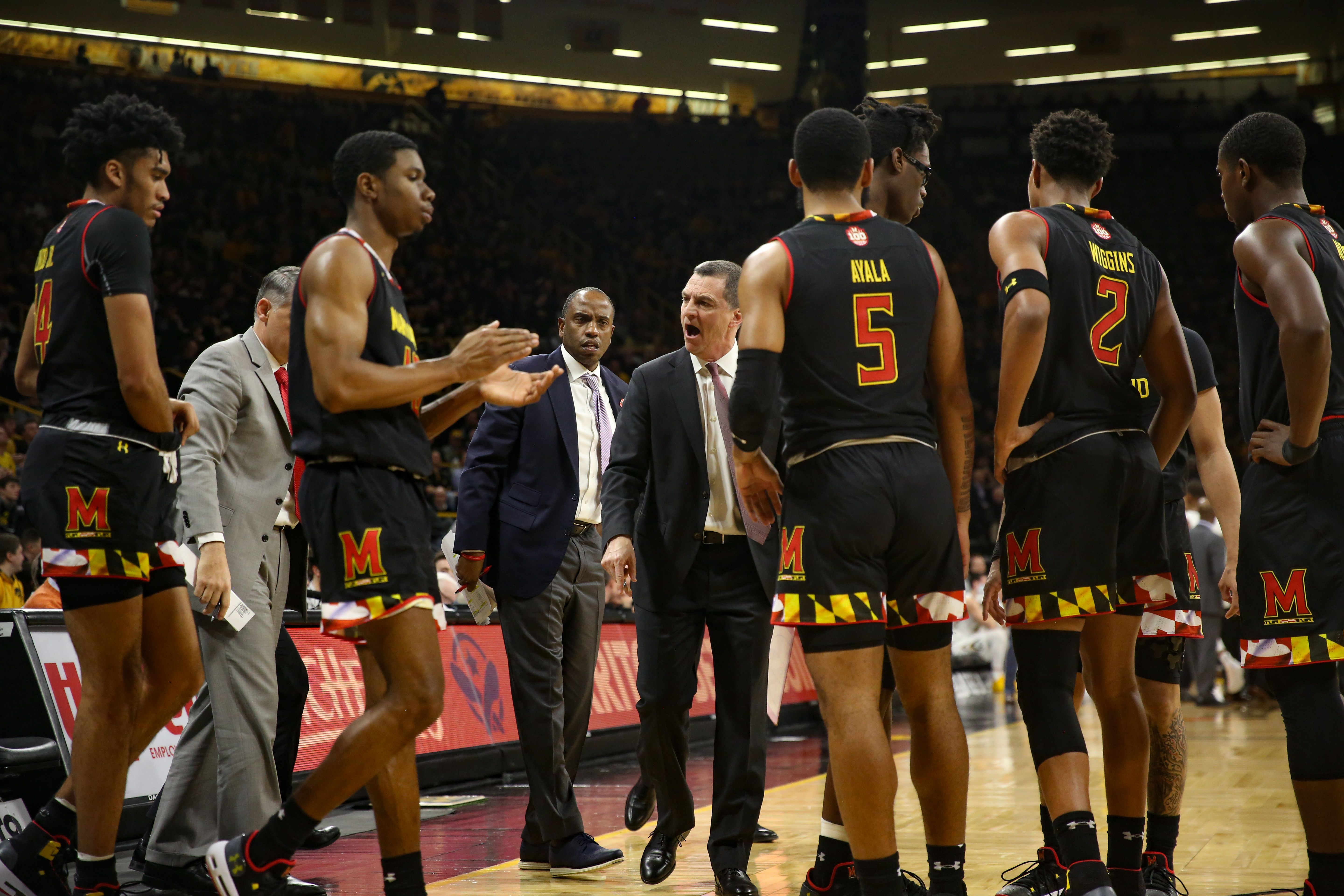 Head coach Mark Turgeon yells instructions during a timeout of No. 24 Maryland's 66-65 win over No. 21 Iowa at Carver-Hawkeye Arena on Feb. 19, 2019. (Courtesy of David Harmantas/The Daily Iowan)

Maryland men’s basketball has faced the Big Ten’s hardest conference schedule each of the past two years, but the 2019-20 opponents released by the league Wednesday give some reason to believe that streak will come to end.

In the second year of a 20-game conference format, the Terps will face Michigan State and Ohio State twice apiece but avoid trips to Ann Arbor and West Lafayette. Coach Mark Turgeon’s team will also get two games against Northwestern and Indiana, two teams that will enter the season with low expectations.

Along with Michigan and Purdue, Nebraska rounds out the group Maryland will only play at home next season. The Terps will travel for their only games against Minnesota, Penn State and Wisconsin.

That leaves Maryland facing Illinois, Indiana, Iowa, Northwestern and Rutgers, as well as the Spartans and Buckeyes, both at home and on the road.

Fresh off a final four run, Michigan State will enter the year as a top-five team in the nation, while the Wolverines won’t be far behind, assuming there are no NBA draft surprises looming. Ohio State is expected to take a step forward with the arrival of a strong recruiting class, and especially if Kaleb Wesson returns. Also, Purdue seems poised to weather the departure of Carsen Edwards.

The Terps will be expected to slot in toward the top-half of that group. With everybody but Bruno Fernando likely to return from a team that finished in fifth place in the conference despite being the fifth-youngest team in the country, Turgeon’s squad has hovered around the top-10 or low teens in several way-too-early rankings for next season.