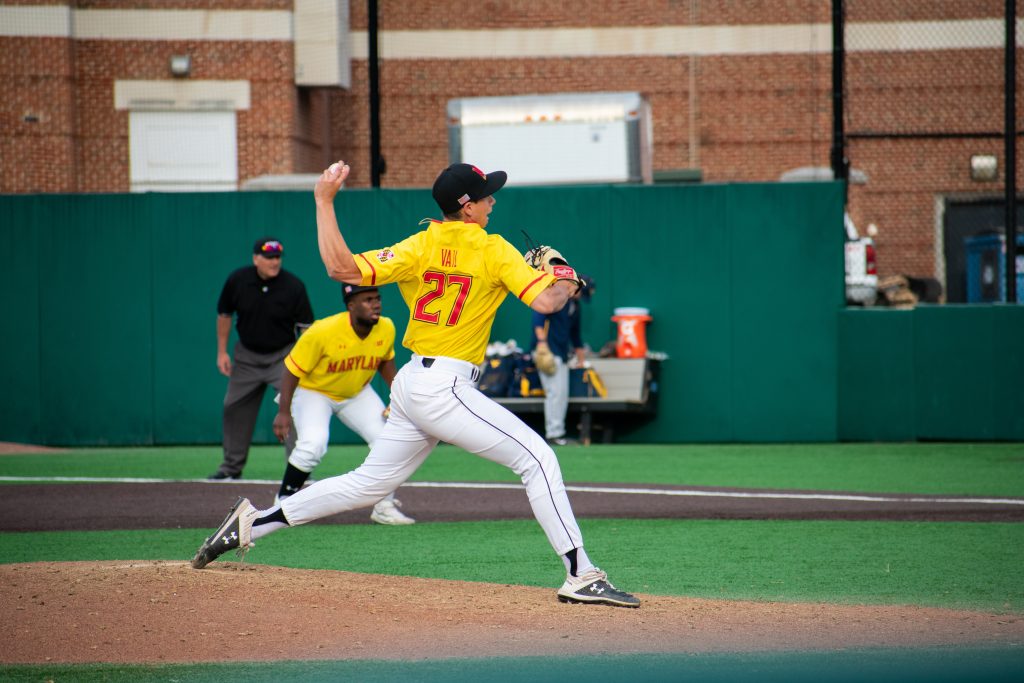 The order of Maryland baseball’s midweek pitching carousel changes game-to-game — and so do the individual results.

But for each of the Terps’ past five midweek contests, the bad outings have outweighed the good ones, leaving the offense facing often-insurmountable uphill battles.

On Tuesday against James Madison, left-hander Tuck Tucker had his best performance in nearly a month, but the Dukes had scored 14 runs before he even took the mound. On Wednesday at George Mason, it was left-handers Sean Fisher and Andrew Vail whose outings were undone by their teammates.

That spotty pitching led to Maryland’s third consecutive midweek loss, a 9-5 defeat to the Patriots, despite scoring some late runs to avoid another lopsided scoreline.

Left-hander Drew Wilden got his fourth start of the season Wednesday, and the sophomore went deeper than he had in any of his previous four college appearances. But the Patriots still scored two runs in the first, taking advantage of Wilden loading the bases with a pair of walks.

After a tapper back to Wilden left him needing one out to escape unscathed, he surrendered a two-run single up the middle. A solo home run in the third inning pushed the lead to 3-0.

Wilden departed after the third frame, having allowed three runs on three hits. He gave way to right-hander Mark DiLuia, who gave up three consecutive hits to start the inning and later forced in a run with a hit by pitch to put the Terps down 5-0 heading to the fourth inning.

George Mason starter Patrick Halligan had no such problems quieting Maryland’s lineup, cruising through the first six innings allowing just two hits. Three of the first four Terps reached in the seventh, though, ending his day.

Maryland quickly cashed in against the bullpen, using back-to-back singles from right fielder Michael Pineiro and shortstop AJ Lee — whose error in the sixth led to a pair of unearned runs against Fisher — to score three runs, two of which were charged to Halligan.

Coach Rob Vaughn turned to closer John Murphy in the eighth, but a single and hit by pitch allowed the first two Patriots to reach, and one eventually came around to score on a sacrifice fly that was dropped by Pineiro anyway.