Review: Donald Glover proves just how talented he is with ‘Guava Island’ 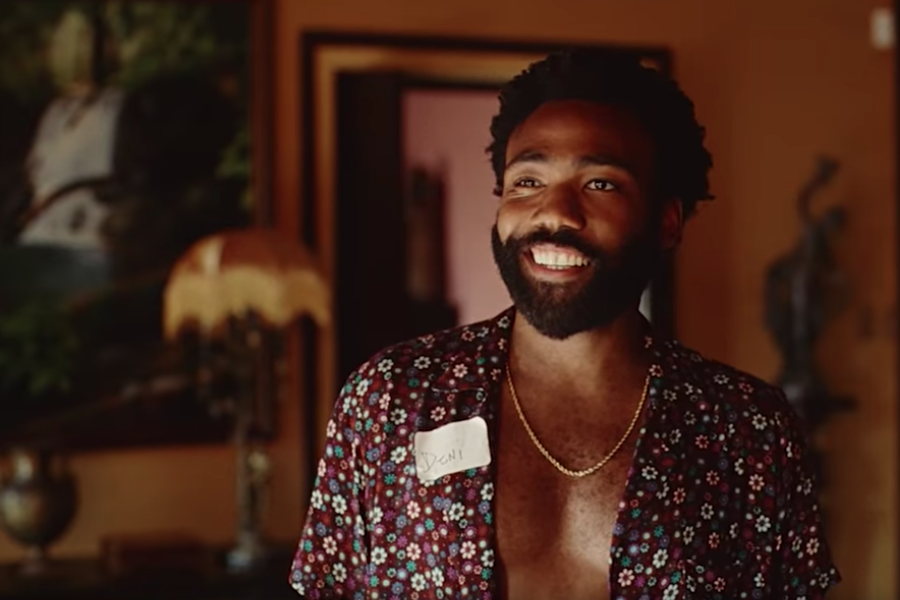 Donald Glover just can’t retire from music, no matter how much he insists on being finished with his Childish Gambino persona. Glover’s other talents can’t be ignored, but his musical strengths continue to set industry standards.

The once-secret 55-minute film Guava Island seems to have popped up out of nowhere. Despite some small hints dropped on Spotify and rumors of a collaboration with Rihanna, Guava Island came out of the blue. It starts by depicting the island’s creation through cartoon doodles. This aesthetic choice doesn’t last long, though, as the film dives deep into political and social commentary in true Glover fashion.

Hiro Murai, director behind the provocative “This is America” video and much of Atlanta, reunited with Glover as director for Guava Island.

In addition to helping produce and write the film, Glover stars as Deni Maroon, a beloved musician on the titular island. He is an uplifting symbol for working people as they listen to his voice on their radios everyday at work. Kofi Novia (Rihanna) is Deni’s girlfriend and muse.

They live in a world controlled by Red Cargo, a dictator who exploits the island’s resources and population. While Deni tries to plan a festival that would allow his community to relax and enjoy his music, Red Cargo is working against him to ensure everyone will make their shifts the next day.

It’s ironic that Glover release Guava Island during his Coachella set last weekend. He premiered a movie that was shot in the most Instagrammable parts of Cuba at the most Instagrammable event of the year. Also, the fact that Coachella is essentially an overpriced celebrity hangout session contrasts with the festival Deni tries to put on for his working-class community on Guava Island.

“America is a concept. Anywhere where, in order to get rich, you have to make someone else richer is America,” Deni says. This prefaces a break from the dialogue into a full-on “This is America” music video remake, complete with dance moves that caught attention the first time. “Feels Like Summer” and “Summertime Magic” are also included. Glover performs as Deni with the contorting facial expressions that make Childish Gambino’s performance so special. The fans on Guava Island seem to respond to his performances with the same fascination as those in real life.

If poorly executed, all of these musical additions could have easily felt like shameless self-promotion. But Glover tackles a creative feat similar to Beyoncé’s Lemonade in an even more casual way. Sadly, despite hype around the collaboration with Rihanna, she is hardly featured. Viewers barely hear her speak or sing.

Overall, it’s hard to categorize Guava Island. It certainly isn’t a visual album in the same way Lemonade was. But the 55-minute length makes it feel too short to be a movie. It breezes by too quickly for characters to develop. Only knowing a character’s surface-level attitudes and motivations makes a movie unsatisfying, but still allows a viewer to appreciate the aesthetics and sound of a visual album.

Despite trying to explore some deep social ideas, Guava Island really just ends up being a quick, entertaining watch. As long as you don’t view too critically, Glover manages to produce something truly vibrant.