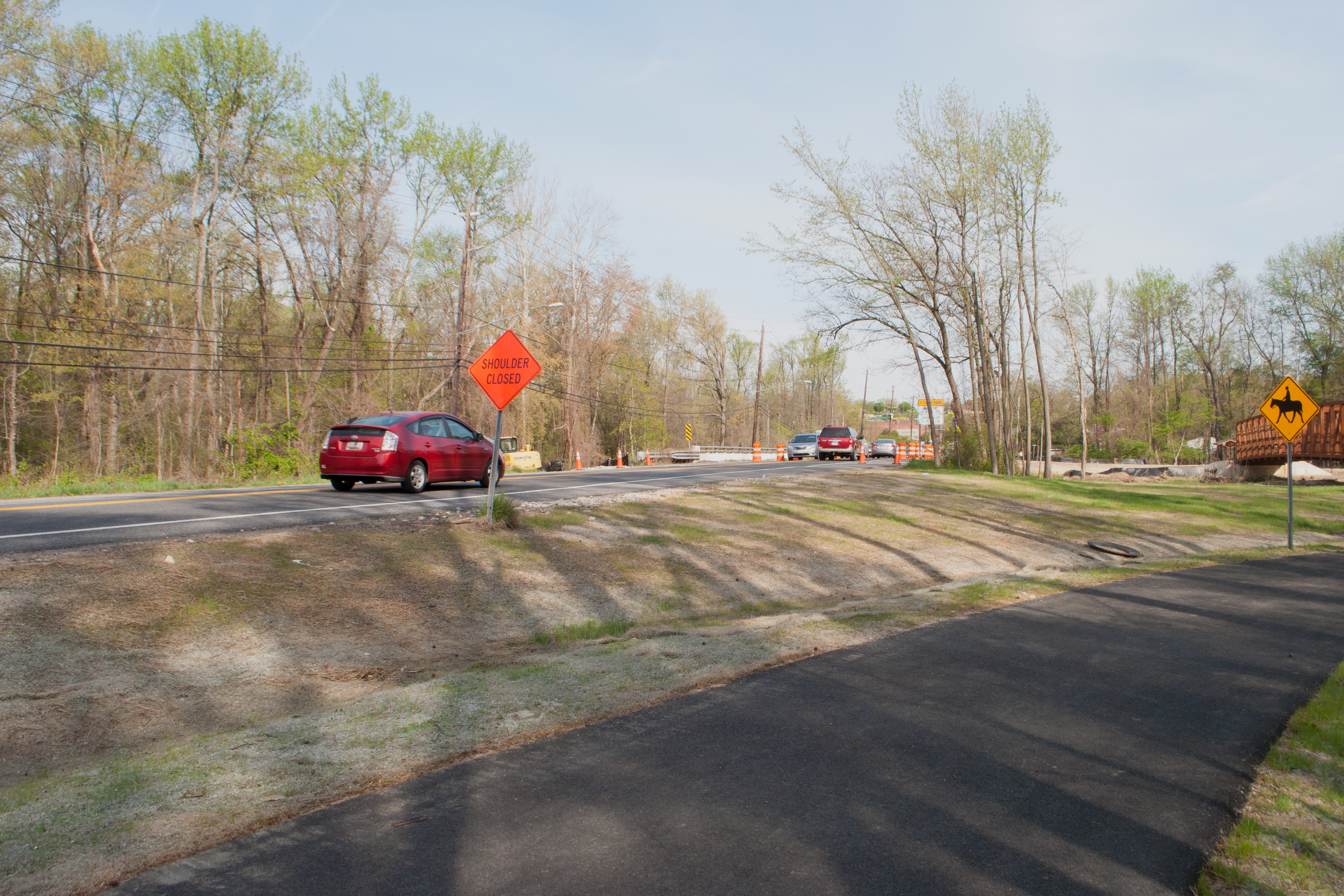 The Little Paint Branch Trail extension is expected to be finished by May. (Ryan Romano/For The Diamondback)

Work on an extension to the Little Paint Branch Trail from Beltsville to North College Park is expected to wrap up within the next few weeks.

The project began in February 2018 and was originally expected to finish in late February 2019, but it faced some delays due to harsh weather and utility work, said Bob Patten, the trail program manager for the Maryland-National Capital Park and Planning Commission.

“The contractors were taking care of a bunch of loose ends before the winter weather forced them to shut down, and they didn’t restart work until the beginning of April,” he said. “None of that is a problem or anybody doing anything wrong — it’s just a matter of taking the time to get all the details taken care of.”

Workers recently finished paving the new section, Patten said. Before it formally opens, however, they must finish adding guardrails and markers to direct people along the trail.

“The trail is nearly complete, and people can begin using it, but people should use it with caution because some of the signage, striping and safety elements are not all in place,” he said.

The current trail runs through the far eastern part of the University of Maryland campus, near the Field Hockey and Lacrosse Complex and the Brendan Iribe Center for Computer Science and Engineering.

College Park Mayor Patrick Wojahn expressed his excitement that the path was nearly complete and said the new trail would be an important connection to surrounding communities.

“The Beltway is a huge barrier to connectivity for bicyclists and pedestrians, and this is the first time that we really have a great, high quality trail that will connect — by walking and biking — people in College Park to Beltsville and up toward Laurel,” said Wojahn.

In addition to serving as mayor, Wojahn works with the Rails to Trails Conservancy, a nonprofit organization aiming to convert former rail lines to trails.

“It’s a key gap that we’ve been trying to get filled for a while, so we’re very excited that it’s near completion,” he said.

Jim Sauer, a longtime city resident who lives near the new path, said he has been eagerly awaiting the trail’s opening for a long time. Without the extension, Sauer and other bikers had to ride along Cherry Hill Road, which doesn’t have any dedicated bike lanes.

“I stopped riding along Cherry Hill Road seven or eight years ago because it was a death trap. It was so completely unsafe. But now, this trail makes it completely safe and wonderful,” Sauer said. “This may not be the most dramatic two-mile section of bike trail, but it’s still a great way to get people out and traveling around and enjoying themselves.”

A formal grand opening ceremony for the trail is tentatively planned for June, Patten said.

Construction on another trail in North College Park — the College Park Woods Connector — began last month, Patten said. That path is expected to open next year.