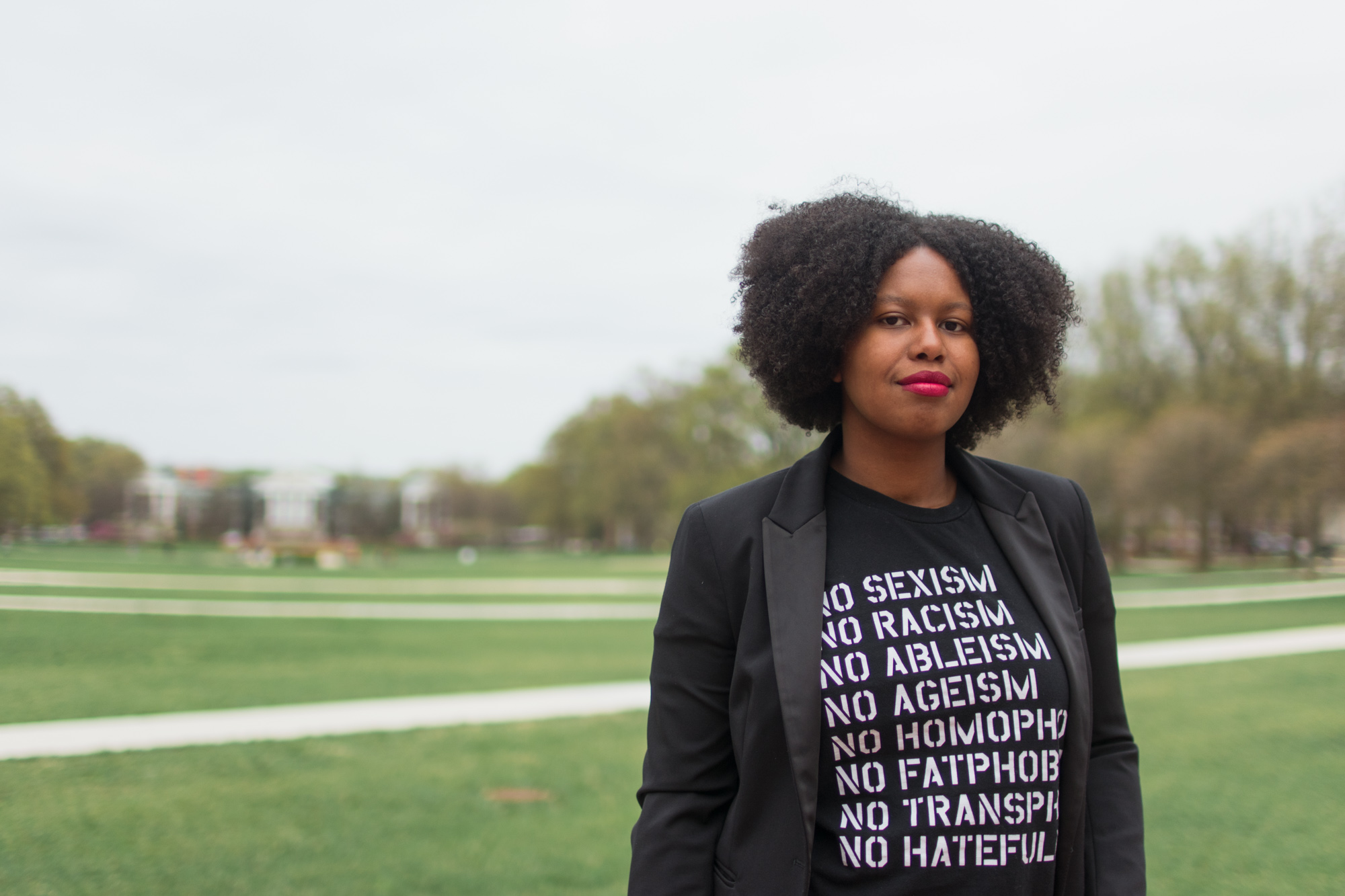 For presidential candidate Taylor Green, rejoining the SGA was a way to improve an organization that she doesn’t think has done enough for the University of Maryland’s marginalized groups.

“I decided I would run because then I would have the opportunity to sit down with some really amazing people and just fix it,” Green said. “We could finally just start fixing everything.”

Green, a junior community health major, is running on the Unite UMD ticket with a platform focused on uniting student groups across this campus. The party includes students from multiple activists groups, including the NAACP, Black Student Union and Muslim Alliance for Social Change, among others.

“We’re so divided by race and class and so many other things that I wanted to create a ticket where we can work together, and affect all of us, and do it on a united front,” Green said.

Last week, in a letter shared on social media, Green shared the reasons behind her resignation, alleging that she had witnessed a pattern of racism, sexism, transphobia and ableism during her time with the body.

“Every step I took within this organization was an attempt to begin dialogue around diversity issues as it related not only to SGA itself, but to the campus as a whole,” she wrote. “Every step I made was undermined by [SGA president] Jonathan Allen and his executive board’s lack of understanding, empathy, and care for this work and for these students.”

In her letter, Green also spoke about the SGA’s response to the death of Jordan McNair, a Maryland football offensive lineman who suffered fatal heatstroke at a team workout in May.

After an investigation found that coach DJ Durkin bore some responsibility for an abusive culture in the football program, the SGA organized a rally they called “Justice for Jordan.” But it devolved into chaos as the SGA — which was calling for support for the team — clashed with student groups pushing for a boycott of the games and change in the administration.

“SGA co-opted an already planned and established protest by experienced student activists – a protest that was created with actual students in mind and had 27 different groups from varying backgrounds join in solidarity,” she wrote.

Now, heading her own ticket, Green wants to begin reconciling the SGA’s miscues with student groups and take more of an active role in supporting them.

Patrick Hutson, a junior government and politics major running on Green’s ticket, said the party wants to focus on “empowerment through funding,” allocating funds to units like the Nyumburu Cultural Center and the Counseling Center.

“I think what we’re bringing is the strongest platform for representation,” he said. “The time is ripe for change at Maryland.”

Green currently works in the Office of Diversity and Inclusion, which she said gives her a unique look at ways the university can improve. Some of her priorities include adding more wheelchair accessible routes and increasing accessibility campus buildings.

Often, tough issues are considered untouchable in the SGA, Green said, because members are worried about future employment or image consequences. She wants that to change.

“I want to become, in a sense, more radical and more empathetic. Those are two things that [are] lacking,” she said. “[The SGA is] lacking that willingness to swing for some of the issues and take some of the hard stances … some conversations are going to be hard.”

Maleeha Coleburn, a ticket affiliate of the Unite UMD party, worked with Green on the diversity and inclusion committee before Green resigned. She said Green’s commitment to minority student groups drove her to support the ticket.

“I think the current SGA needs a radical change, and [Taylor] is that radical change,” she said. “She views the SGA as a way to uplift and empower the different communities on this campus.”

To Coleburn, Green is the candidate that is most likely to focus on what concerns more groups of students and take care of their problems. In the past, she said, the student government has been seen as a puppet of the administration — but Coleburn hopes Green will be focused more on the students than the president’s office.

“Taylor has the willingness to listen and advocate,” Coleburn said. “She doesn’t presume to know the struggles of any minority group on campus, but she’s willing to listen to them and show up to their events support them, which is something you haven’t seen in past SGAs.”