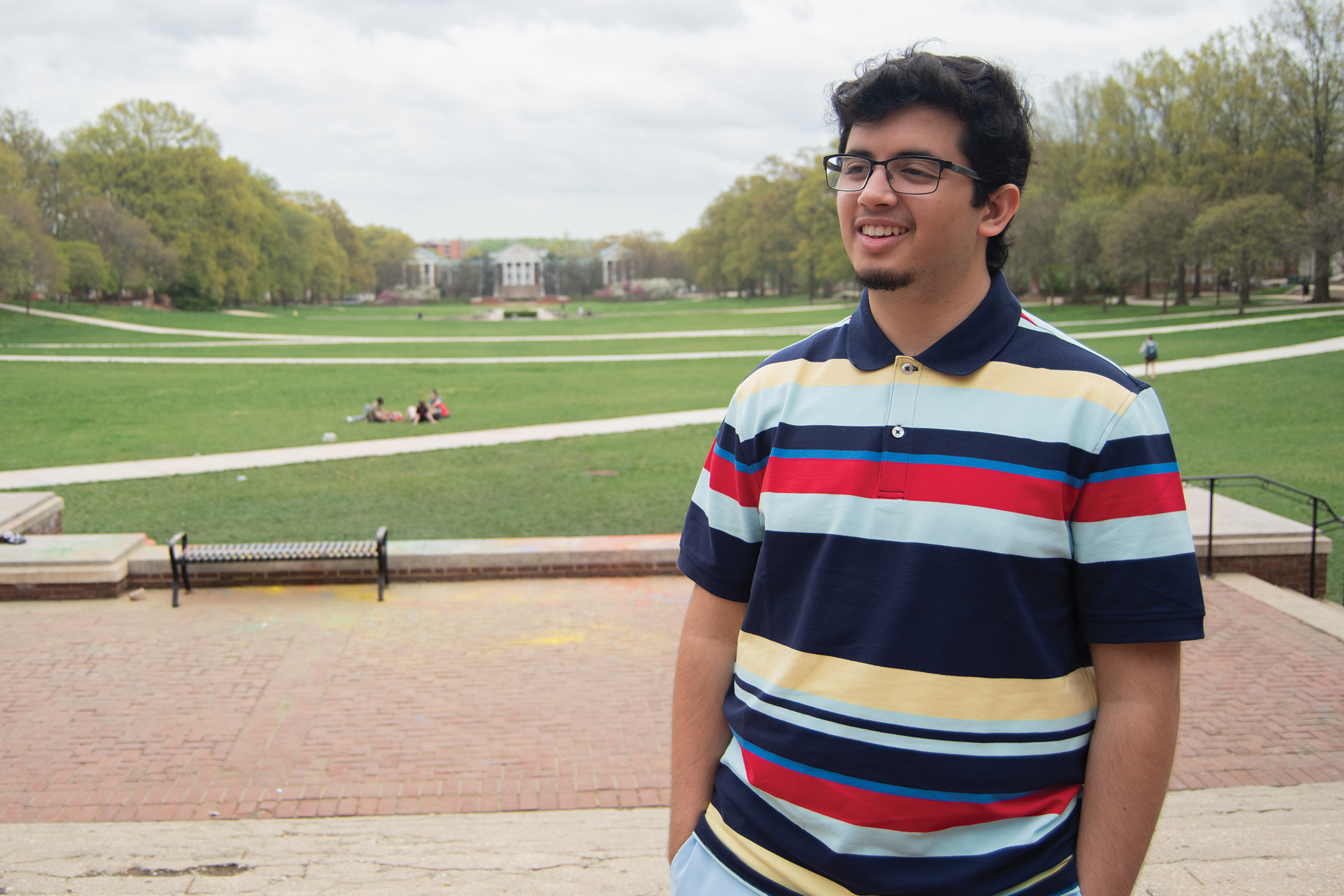 Barath Srinivasan, a sophomore computer science major, is running for SGA president on the Chicken Broth for Your Soul ticket. (Joe Ryan/The Diamondback)

In November, University of Maryland sophomores Barath Srinivasan and Matanya Loewenthal sat next to each other in a computer science class, discussing the ongoing midterm elections. Then, they had an idea.

“One of us said something like, ‘The [SGA] elections aren’t for a while — we should run,’” Loewenthal said.

Now, Srinivasan is one of four candidates for Student Government Association president, and Loewenthal is his campaign manager. The two computer science majors are running what they describe as an independent campaign to transform the student government, on a ticket called Chicken Broth for Your Soul.

Srinivasan is the only person running on his ticket. He hasn’t held office within the SGA before, nor did he start campaigning with a specific set of policies in mind. Instead, he and Loewenthal built their platform by talking to students on McKeldin Mall and asking them what policies they’d like to see pursued.

“All the other parties, they built their platform on a Google Doc several months ago, and now they’re trying to push [it] as the policies that students want,” Loewenthal said. “What we’re trying to do is find out the policies that students actually want, and building our platform around that. … We now have a very enlightened understanding of that.”

One of Srinivasan’s main goals as SGA president would be to change the university’s mental health care system to add a private on-campus clinic, which would accept all health insurance that the university already accepts. Loewenthal said this was one of the policies the pair developed after talking to students.

Last year, a group of students led a campaign, “30 Days Too Late,” to draw attention to the long wait times at the university’s Counseling Center. Since then, the center has added five new positions.

Other policies Srinivasan would push for, the two said, would be granting unlimited free printing to students and giving parking ticket forgiveness to first-time offenders.

While the SGA has little ability to enact these proposals, Srinivasan said he’d use his position as leverage to fight for them.

“The people who’re voting for me, I tell them the SGA doesn’t have direct power over to make the changes I’m proposing,” Srinivasan said. “What we do have is influence to talk to the faculty members. I want to use that influence to get the word out.”

Srinivasan’s desire to be student body president stretches from well before November. He immigrated to the U.S. from India as a child, and grew up idolizing George Washington.

But when he realized his status as an immigrant would prevent him from following in the first president’s footsteps, he decided the SGA presidency would be his best option to fulfill his dream.

“The best way I can honor the memory of Washington is to be president, and carry on his values of a stable government,” Srinivasan said. “Being president always seemed like the best way to help the most amount of people.”