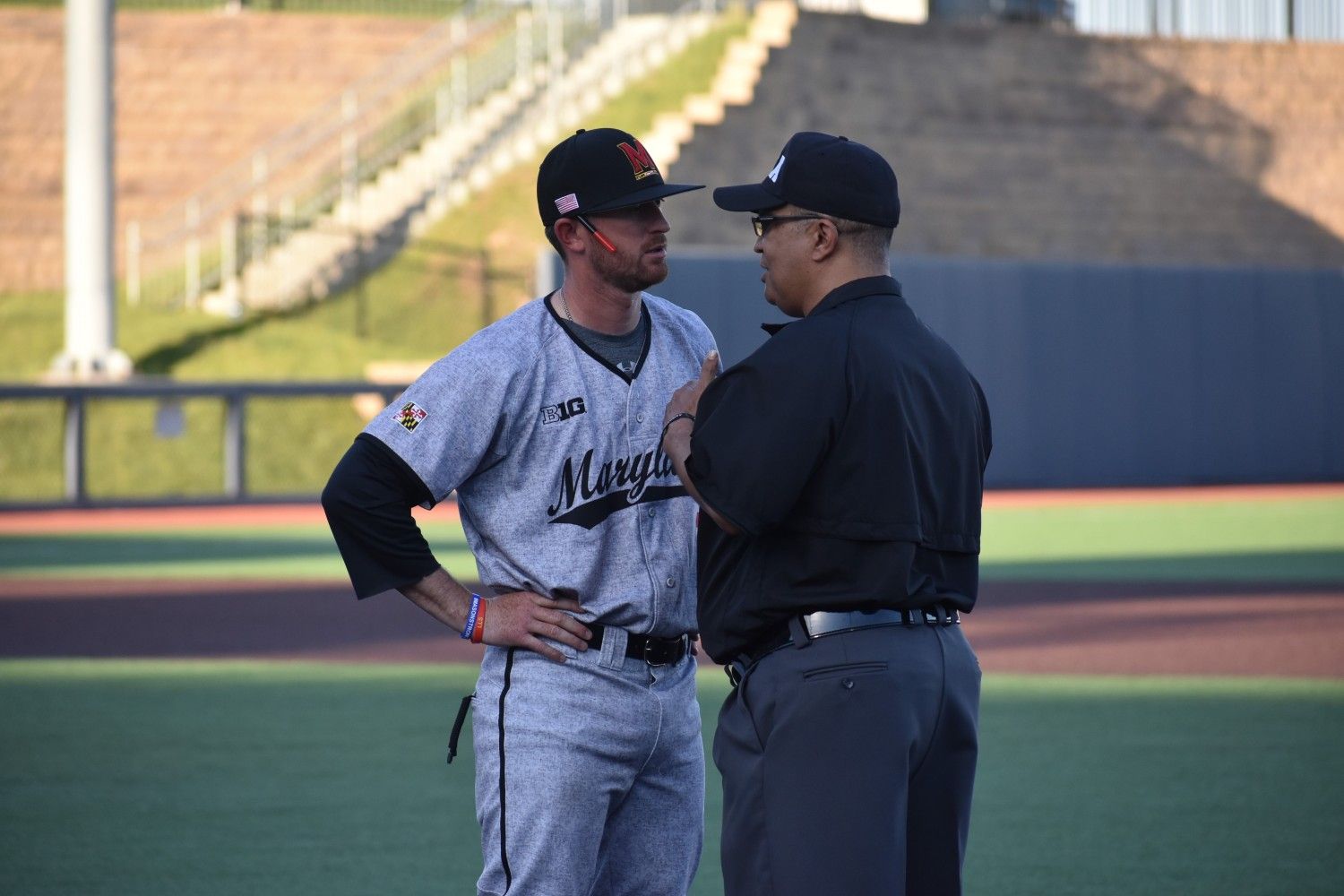 When Northwestern catcher Michael Trautwein was called safe on a bang-bang play at the plate in the eighth, Maryland baseball coach Rob Vaughn raced out of the dugout to push catcher Justin Vought away from the home plate umpire.

Although Vaughn didn’t want his catcher in the face of umpire Matt Schaufert, the coach didn’t shy away from offering a piece of his own mind in protest of the Wildcats’ go-ahead run.

Vaughn was tossed, and left-hander Sean Fisher collapsed as Northwestern plated five more to dispatch the Terps, 13-7, in the first half of a doubleheader Saturday.

Right-hander Zach Thompson missed his spot on a two-strike delivery to first baseman Willie Bourbon with two outs in the first, and the resulting liner cleared the right field wall for an early two-run lead.

Northwestern then plated a pair in the second on a triple by right fielder Casey O’Laughlin, who scored on a sacrifice fly by shortstop Jack Dunn to extend the home squad’s advantage to 5-0.

Right-hander Mike Doherty kept the Terps’ batters at bay, with just one hit allowed in 3 ⅓ scoreless innings, but was relieved after issuing his fourth free pass of the game.

His bullpen would allow Maryland back into the game.

Left-hander Ryan Bader gave up a solo shot to right fielder Michael Pineiro, his second of the year, to get the Terps on the board with a run in the fifth and spark an offensive flurry.

Center fielder Randy Bednar notched a homer of his own to left two batters later, as the road squad began to make inroads in the batter’s box after totaling one hit through the first four frames.

The Terps loaded the bases with no outs to start the sixth, prompting Northwestern to summon right-hander Josh Levy from the pen to try to maintain its 5-2 edge.

Levy continued the implosion. He plunked a pair to plate two, sandwiched by a four-pitch walk to Pineiro to draw the game even. Right-hander Nick Paciorek momentarily rescued the Wildcats with two-straight punchouts, stranding bases loaded.

Thompson, meanwhile, settled in for four consecutive scoreless innings following the rough start, but left-hander Andrew Vail allowed both runners he inherited from Thompson to plate in the seventh, wiping out a strong rebound effort from the redshirt sophomore.

First baseman Maxwell Costes brought the score even yet again with a two-run homer the following inning. But the wheels fell off after Vaughn’s ejection, leading to a lackluster ⅔ of an inning from Fisher that doomed the Terps to a 13-7 loss to set up a rubber in Saturday’s nightcap.