Ariana Grande has been exploiting minority identities for years 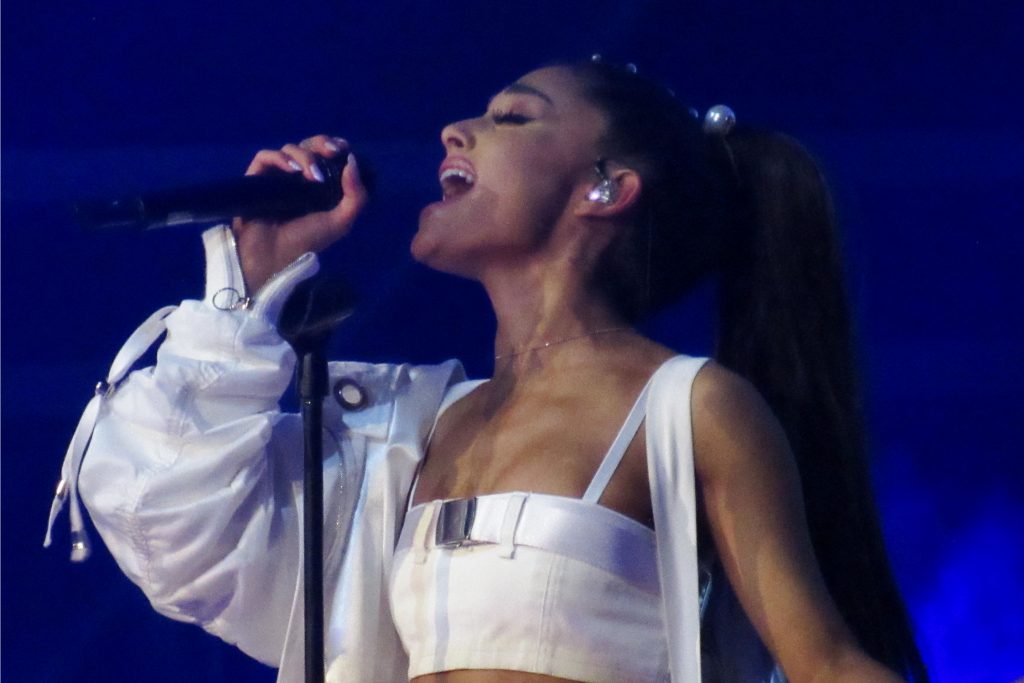 Ariana Grande, known for her catchy music and iconic high ponytail, has quickly become one of the most famous musical artists in the world today. Despite her enduring popularity, there are plenty of reasons to say “thank u, next” to the pop star.

Let’s start with Grande’s willingness to use queerbaiting — the teasing of a queer romance or identity without actually showing it to draw in LGBTQ audiences. This is perhaps most prominent in the music video for Grande’s song “break up with your girlfriend, i’m bored,” where she comes very close to kissing another woman.

There was plenty of backlash against this, most of which I agree with. This is queerbaiting in every sense of the word — instead of committing to any kind of queer identity, Grande capitalizes off the hypersexualization of queer women. She also recklessly draws on the stereotype of bisexual people being more likely to cheat in relationships.

My Diamondback colleague Allison O’Reilly has argued that Grande doesn’t owe anyone an explanation about her sexuality. I agree that we don’t need to be so concerned with other people’s sexualities, but at the same time, public figures who are as famous as Grande do owe us something. If Grande depicts herself as queer in her music while not owning up to that queerness off-stage, then she’s getting the privilege of being a straight woman while still exploiting queer identities.

In her recent song, “Monopoly,” Grande and Victoria Monét sing the line, “I like women and men.” O’Reilly takes this to be a partial, unofficial coming out for Grande, but I disagree. In the aftermath of the song’s release, she tweeted — and then deleted — that she doesn’t feel a need to “label herself.” Monét, on the other hand, tweeted back in November that she is attracted to women.

An aversion to labels is not a coming out on its own, and it really doesn’t signal anything but a cop-out on Grande’s part. Monét was able to openly announce her queerness without subscribing to a label, yet Grande won’t even commit to not being straight.

Grande’s use of brownface and appropriation of black culture are two other reasons to take issue with her. It isn’t talked about nearly enough, but Grande is a white Italian woman. Since her role on Victorious, Grande has slowly become darker and darker. Many have called her out on her use of fake tan to make her appear Latina or black and her use of African-American Vernacular English, which she actively incorporates into her speech.

There was also a lot of criticism about the song “7 rings” and its corresponding music video. In The Atlantic, Spencer Kornhaber described Grande as “wearing [black] culture as a costume — or even as a joke.” I could go on for at least 500 more words about how Grande capitalizes off the culture of oppressed and marginalized groups in the same way Miley Cyrus, Iggy Azalea and plenty of other white artists have.

It’s easy to forget that Ariana Grande is white, not Latina or black, and just enjoy her music. It’s easy to be excited that she depicts queer sexualities in her music without digging deeper into whether she’s doing it in a way that is helpful or harmful. But the more she profits off this exploitive behavior, the more she’ll keep doing it.

Listen to Grande’s music if you’d like. Just don’t ignore how she capitalizes on marginalized cultures without actually facing any of the oppression associated with those identities.