Ariana Grande didn’t have to come out as queer, but I’m glad she (kind of) did 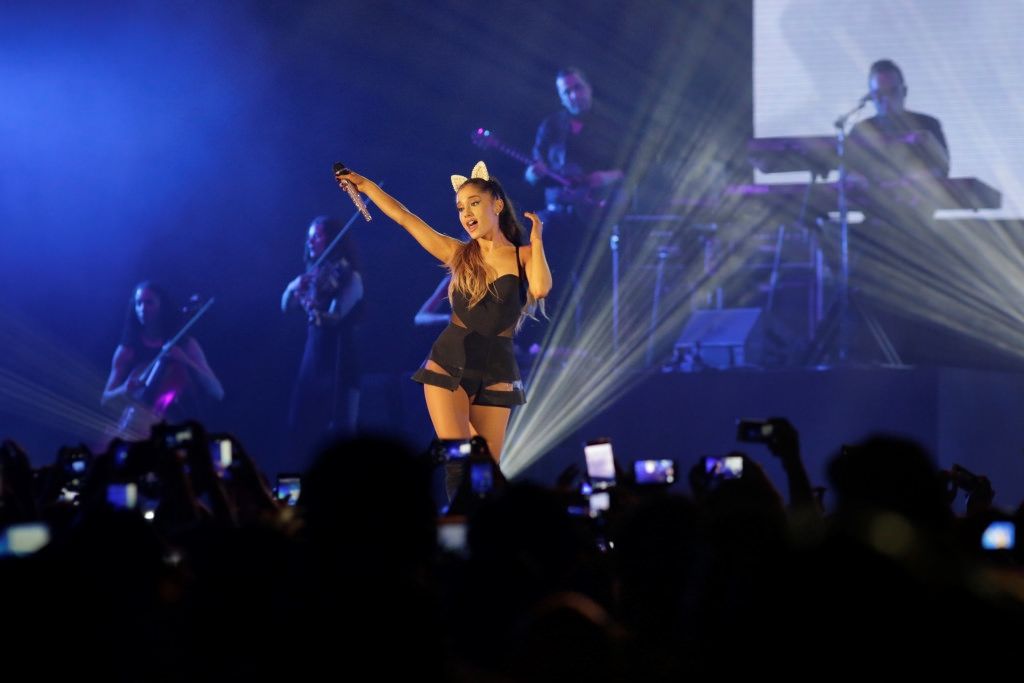 Ariana Grande and her best friend Victoria Monét just released “Monopoly,” a fiery pop-rap anthem about success and strong friendships. It echoes the sentiments of “7 rings” — which was released earlier this year and is currently in its ninth week on the Billboard Hot 100 chart — but holds a key difference.

One simple line in the song’s post-chorus alludes to identifying as queer: “I like women and men (yeah).”

It seems silly when I type it out, but the lyric feels iconic for me as a longtime Ariana stan. It’s simple and light — much like I think the coming out process should be — and it doesn’t glue a label to the young, evolving artists who are still clearly coming into their own.

Ariana has never publicly called herself bisexual — but in the hours after the song’s release, she tweeted and deleted that she doesn’t feel a need to “label herself.” Victoria, on the other hand, tweeted “i also like girls” in November 2018. In the music video for her single “break up with your girlfriend, i’m bored,” Ariana comes extremely close to kissing a woman in the very last second, which raised questions about her sexuality — and caused many to accuse her of “queerbaiting.”

Queerbaiting is a problematic practice in pop culture in which creators tease an LGBT romance, without ever showing it, to attract a queer audience. This is a valid critique of the “break up with your girlfriend” video, largely because the video is about Ariana pining after a man, and the same critique could apply to this song if she doesn’t “confirm” her sexuality. It’s complicated, though, because she really doesn’t owe anyone a confirmation.

Ariana doesn’t need to officially come out, but I’m glad she might have. When people in the spotlight come out as a member of the LGBT community, it often comes in the form of a long-winded explanation that can feel forced. By singing something as simple as “I like women and men,” Ari and Vic told the world they’re over the labels, and they’re past the antiquated tradition of forcing your sexual preferences into a one-word box to appease everyone else.

Ariana is 25 years old. She’s still figuring shit out. It makes sense for a young woman in what seems like the height of her life to know what she likes without knowing what it means about her identity. And we can’t force her to pin it down just because we want an answer.

The music video for “Monopoly” is incredibly simple. It feels homemade — there is no elaborate set and the emoji-heavy editing looks like it could’ve been done on iMovie. Ariana and Victoria simply dance around, having fun with each other as best friends should.

The simplicity of it all is what makes “Monopoly” and the “I like women and men” line feel so genuine — as if the two ladies were having a casual heart-to-heart and decided to take their feelings to the studio. It wasn’t some big production priming Ariana to gain even more clout in the gay community.

“I like women and men” isn’t a revolutionary line, and it’s not trying to be, but it’s still empowering. It feels good to hear someone express in no uncertain terms that discovering your sexuality doesn’t require you to toil over what it means.

Our personal identities grow and change with us — we don’t need to define them unless it makes us feel good. And sometimes, shouting “I like women and men” with your like-minded best friend feels good enough.